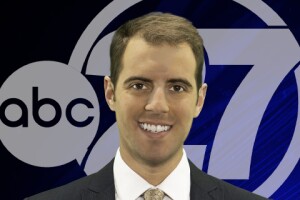 WTXL is welcoming a new face to the Sunrise Team.

Reid Lybarger is taking over for Alex Cordero as the morning meteorologist.

“Reid brings a wealth of hurricane knowledge to ABC 27 – he grew up on Florida’s east coast, riding out some of the biggest storms of the past two decades with his family. Reid knows the Big Bend well from his time at Florida State," said Matt Brown, the general manager at WTXL. "Those experiences will benefit ABC 27 viewers every morning as they get ready for their day.”

A Florida State grad and Florida native, Reid is excited to be back in the Capital City after spending several years in Louisiana.

Reid previously served as a morning meteorologist in Monroe, Louisiana for three years and was a weekend meterologist/reporter in Greenville, Mississippi.