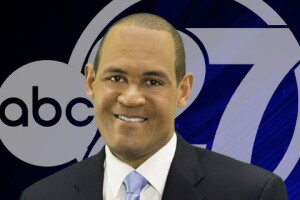 Casanova earned his degree in geography at the University of South Florida, followed by meteorology certification from Mississippi State University. After broadcast training at Tampa TV stations WTVT and WFLA, Casanova first worked at WTXL-TV in 2003 as weekend meteorologist. He later manned the weekday morning shift for three years before accepting a weekend meteorologist position at KIAH-TV, the CW affiliate in Houston, Texas, in 2006. October 2008 marked Casanova's return to ABC 27 HD as Chief Meteorologist.

Throughout his career, Casanova has covered all types of weather scenarios. He provided extensive local and national coverage of the active hurricane seasons of 2004 and 2005. He also reported from the scenes of several of those storms, including hurricanes Jeanne, Dennis, and Katrina. He also kept his Texas viewers informed during an unusual Houston ice storm threat in 2007 and the landfall of Hurricane Ike in Galveston in September 2008.

Cas and the Storm Team set the standard for local severe weather coverage during the Mar. 3, 2012 severe weather outbreak with continuous live coverage and tracking of tornadic thunderstorms, including one in Lanier County that produced significant damage. This standard is upheld through subsequent severe storm events, with coverage performed extensively on the Weather NOW 27.3 subchannel.

Casanova earned honors as ABC 27's Employee of the Year in 2005, and was recognized by the Texas Associated Press Broadcasters in 2007 in the Major Market Best Weathercast category. More recently, Casanova received high marks from the Florida Associated Press Broadcasters evaluations in the Best Weathercast category in 2013 and '14, and first-place acclaim for producing and co-anchoring the annual tropical season preparedness program series "Hurricane" in 2012 and 2014.

Casanova is designated as a Certified Broadcast Meteorologist by the American Meteorological Society and is the first in the Tallahassee market to achieve this higher standard of AMS approval. But his expertise is not limited to tropical weather -- he is also a forecaster for a Minnesota radio station.

Cas is active outside the weather center, heavily involved in the community through educational and children's initiatives. He also serves on the Board of Directors of the Capital Area Chapter of the American Red Cross.

In his spare time, Casanova Nurse is a current events and history buff who collects '80s memorabilia and enjoys computer technology and participating in community projects. He lives in Tallahassee with his spouse and adopted children, and is thrilled to connect with the people of North Florida and South Georgia.