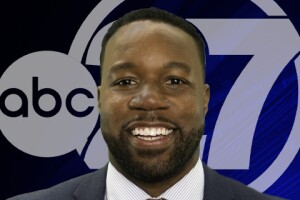 It was around sixth or seventh grade that Brian Jackson was introduced to a local sports caster.

Learning that he got paid to attend Chicago Bulls games and talked to Michael Jordan was a mind blowing experience. From that moment on Brian decided to pursue a career as a sports anchor.

In high school, Brian got his start in journalism by writing for his school newspaper and by reading the announcements at church.

Brian is a proud alum of Howard University in Washington, D.C. It was during the spring semester of his senior year that Brian began as an intern at Comcast SportsNet. Shortly after graduation, he began his career at CSN as a production assistant.

Over the course of a decade Brian worked his way up to a digital sports reporter/producer, host, and sideline reporter.

Those experiences led him to joining WJXT-TV (Jacksonville, Florida) in June of 2015 as a sports anchor/reporter. In addition to covering the Jaguars, Seminoles, Gators and high school sports, Brian also reported on hurricanes Irma and Matthew.

Up to that point, his primary focus was sports. It’s very important to have mentors in any career. Brian was fortunate enough to have speak with a couple of sports anchors that made the transition to anchoring a morning show.

Brian feels his skill set and personality will make a great fit with the Sunrise morning show team!

Outside of work Brian has volunteered with Big Brothers and Big Sisters of North East Florida.

Brian loves to play flag football and tries to do some active several times a week. He also loves DIY projects, meeting new people and throwing some food on the grill.