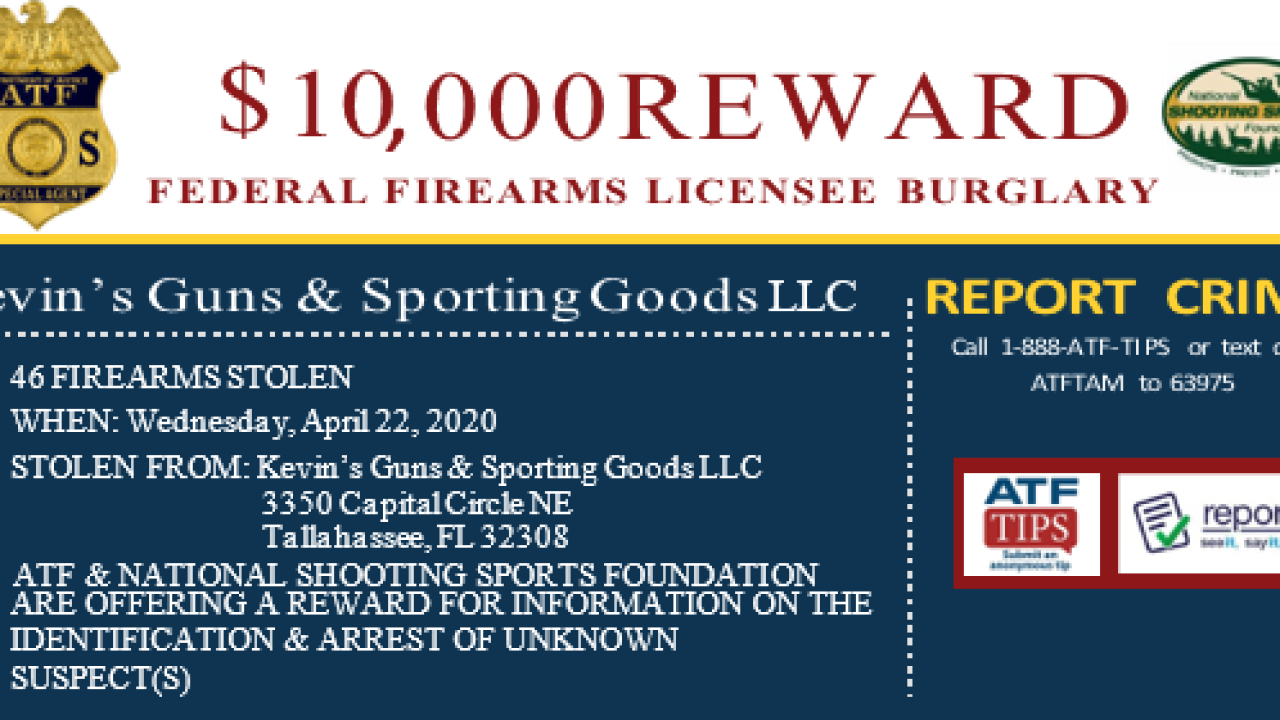 Captain Steve Jones said three guns were confiscated. Two guns were stolen from Kevin's Guns and Sporting Goods. The third gun was from an unrelated theft last year in Thomasville.

Jones said they fear the rest of the guns are on the streets of Thomas County and surrounding areas.

Currently, the teens face charges for possession of stolen firearms and, while it isn't official, Jones said they believe the four juveniles were involved in the robbery on April 22.

Tallahassee Police responded to Kevin’s Sporting Goods in Tallahassee last Wednesday, and ATF later confirmed 46 guns had been stolen in the overnight burglary.

Thomas County Sheriff's Office said they are working in conjunction with Tallahassee PD, U.S. Marshals and ATF around the clock to locate the other 44 firearms, and ask for anyone with information to contact them.

“People are helping us out, citizens that don’t want to be victims, that know something, are telling us,” said Jones.

“People who purchase stolen arms can bring it to our offices and avoid serious charges with ATF," Jones said. "If we find them, they’re getting a full ride.”

The juveniles have not yet been charged in Florida or with the break-in.

Information can also be sent anonymously to ATF via the mobile app www.reportit.com, using the Tampa Field Division as the location or text the code ATFTAM to 63975 and then follow the link to create a report.