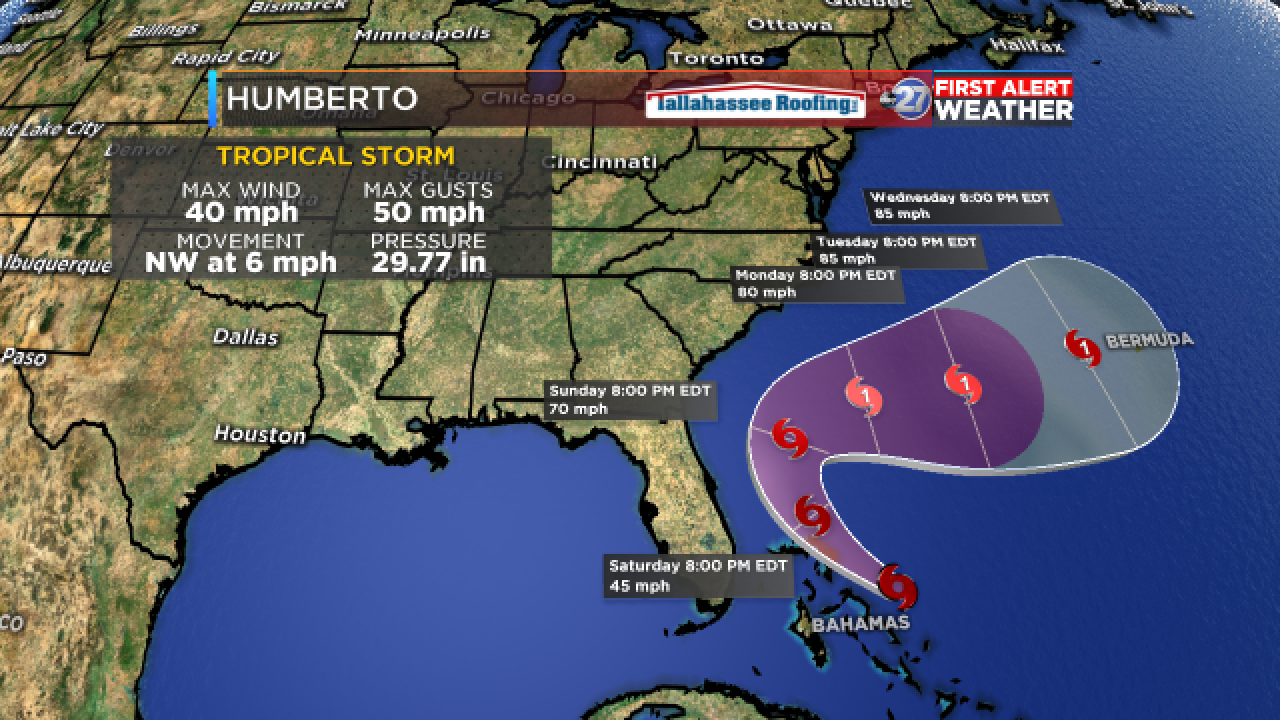 (WTXL) — The tropical wave in the Atlantic near the Southeastern Bahamas has gained enough organization to turn into a tropical storm late Friday night.

Tropical Storm Humberto is moving toward the northwest at 6 mph and is about 130 miles east-southeast of Great Abaco Island. Maximum sustained winds are near 40 mph.

The storm is slowly moving, but is expected to take a track toward the northwest and north-northwest over the weekend. Humberto should then curve eastward back into the open Atlantic as a hurricane by Monday afternoon.

On the forecast track, the system is anticipated to move across the central and northwestern Bahamas Saturday, and along the east coast of Florida Saturday night and Sunday.

Satellite images indicate that the area of disturbed weather over the central and southeastern Bahamas is gradually becoming better organized while surface pressures are falling in the area, and upper wind shear decreases over the next 48 hours.

The Big Bend and the Gulf Coast in general will avoid direct effects from this system, resulting in limited local rain chances Sunday, and then hotter and drier conditions early next week.

SUMMARY OF WATCHES AND WARNINGS IN EFFECT:

A Tropical Storm Warning is in effect for...
* Northwestern Bahamas excluding Andros Island