Explaining the Fujiwhara effect: What happens when two storms get close together? 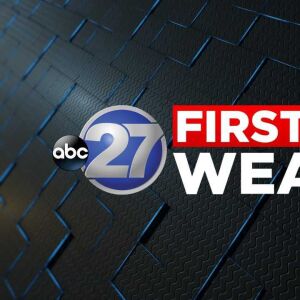 (WTXL) — There are many times when more than one tropical storm or hurricane can exist in the Atantic basin waters. The ocean, the Gulf of Mexico, and the Caribbean Sea are vast, and storms usually have thousands of miles of space between them.

But what can happen when two storms get a little too close together?

There have been occasions where a stronger hurricane moves near a weaker tropical low. In these cases, the lesser storm can become "absorbed" into the stronger system. This happened in 2005 when the fierce Major Hurricane Wilma in the western Atlantic came in close proximity to a weakening Tropical Storm Alpha north of Hispaniola.

When hurricanes of similar strength come within about 1,000 miles of one another, the systems can tend to "rotate" around each other in a somewhat circular fashion. This phenomenon is an example of the Fujiwhara effect, named for a Japanese meteorologist who observed a similar reaction with water vortices in the early 20th century. Depending on the strength of the storms and the air flow around them, the two circulations can untangle themselves from the broader rotation and move in different directions.

This effect is not limited to tropical cyclones, but can also happen when extratropical and non-tropical low-pressure system converge into a common location in the atmosphere.

Because of the obstacles the current Tropical Storm Laura and Tropical Depression Fourteen have in their strengthening efforts over the weekend, despite the forecasts for both storms to be in the Gulf of Mexico early next week, it is unclear if there will be enough force, or space, between these systems for a similar effect to occur.