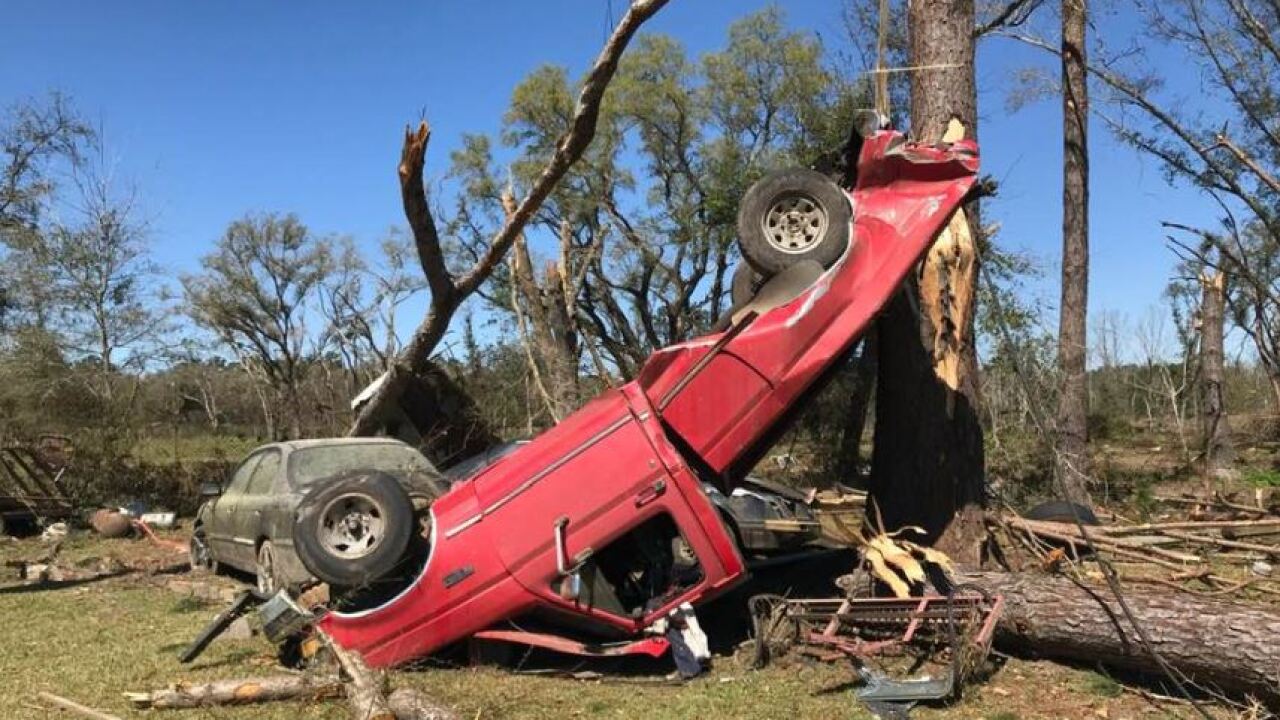 TALLAHASSEE, Fla. (WTXL) — An EF-3 tornado has been confirmed to have touched down in eastern Leon County Sunday night.

The National Weather Service confirmed that the damage found in the area is consistent with an EF-3 tornado with maximum winds of 140 mph.

Based on survey information, we have assigned a rating of EF3 to the Leon/Jefferson County tornado with maximum winds of 140 mph. You can read more information on this tornado at: https://t.co/XEehCuCG7Y

Officials say this is the strongest tornado Leon County has seen since 1945.

As a result of the tornado, two people were sent to the hospital for injuries and approximately five homes were completely destroyed in the area of Baum Road and Steeds Run. At least 10 homes sustained substantial damage from Sunday night's severe weather.

The Leon County Sheriff's Office says they are still assessing damage in the area.

NWS officials say reported damage in Leon County extends east to SR 59 between Mahan and I-10.