(RNN) – Texas Gov. Greg Abbott has changed plans to give away a shotgun as part of a campaign promotion in the wake of a school shooting in his state on Friday.

The contest, “Win a Texas-made Shotgun” was launched weeks before the shooting, but campaign officials made the change over the weekend to award a $250 gift card.

It involved entering personal information on Abbott’s website, with a drawing to be held June 1.

An archived version of Abbott's website from May 11 also pictures the governor holding a shotgun above a headline which read "Protecting the 2nd Amendment." That, too, has been changed. 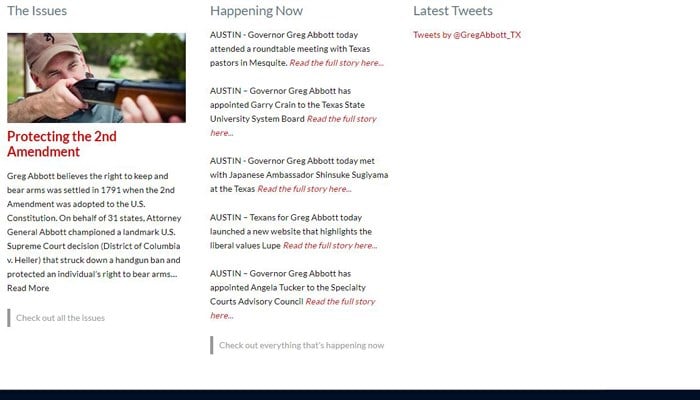 The Santa Fe High School shooter, 17-year-old Dimitrios Pagourtzis, reportedly used a shotgun among other firearms in his assault, which left 10 dead.

On Friday Abbott called the shooting “one of the most heinous attacks that we’ve ever seen in the history of Texas schools.”

After the shooting, the Austin chapter of March For Our Lives, a gun control-promoting student group formed in the wake of the school shooting in Parkland, FL, in February, tweeted they were “disgusted” by the raffle.

The campaign has not made any general statement about the change, but confirmed its details to Politico.

Abbott is running for re-election in November. The Republican has been governor of Texas since 2015.