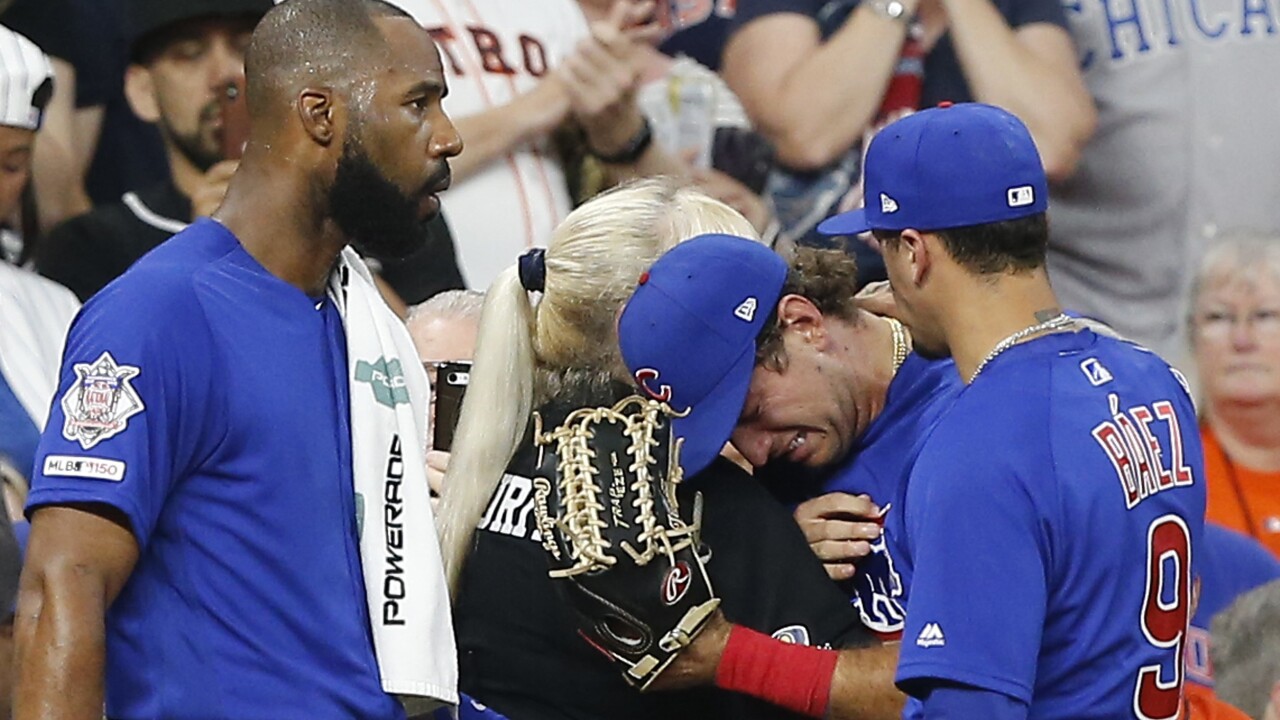 The 2-year-old girl struck by a foul ball last month during a Chicago Cubs' game against the Astros in Houston sustained a fractured skull, subdural bleeding, brain contusions and a brain edema, the family's attorney said Wednesday.

During the May 29 game, Cubs outfielder Albert Almora Jr. hit a line drive into the field-level seats on the third-base side at the Astros' Minute Maid Park. The girl's seat was just beyond where the netting ends at the edge of the visitors' dugout.

The crowd let out a collective gasp when the ball struck the child. Almora was distraught, throwing his hands behind his head immediately after seeing the impact.

Attorney Steve Polotko said Wednesday that the girl had a seizure at the hospital and has to take medicine to prevent more seizures. She is still recovering at home from her injuries, he said.

The girl, who has not been named, will be reassessed in July, he added.

The Astros said they are respecting the family's request for privacy.

"The Astros continue to send our thoughts and prayers to the young girl and her family," the team said.

Last year, Major League Baseball announced that all 30 ballparks were extending protective netting to at least the far ends of both dugouts -- that is, the ends farthest from home plate -- intending to enhance fans' safety. Some franchises go beyond those dimensions. Recently the Chicago White Sox and the Los Angeles Dodgers said they would have additional netting installed.