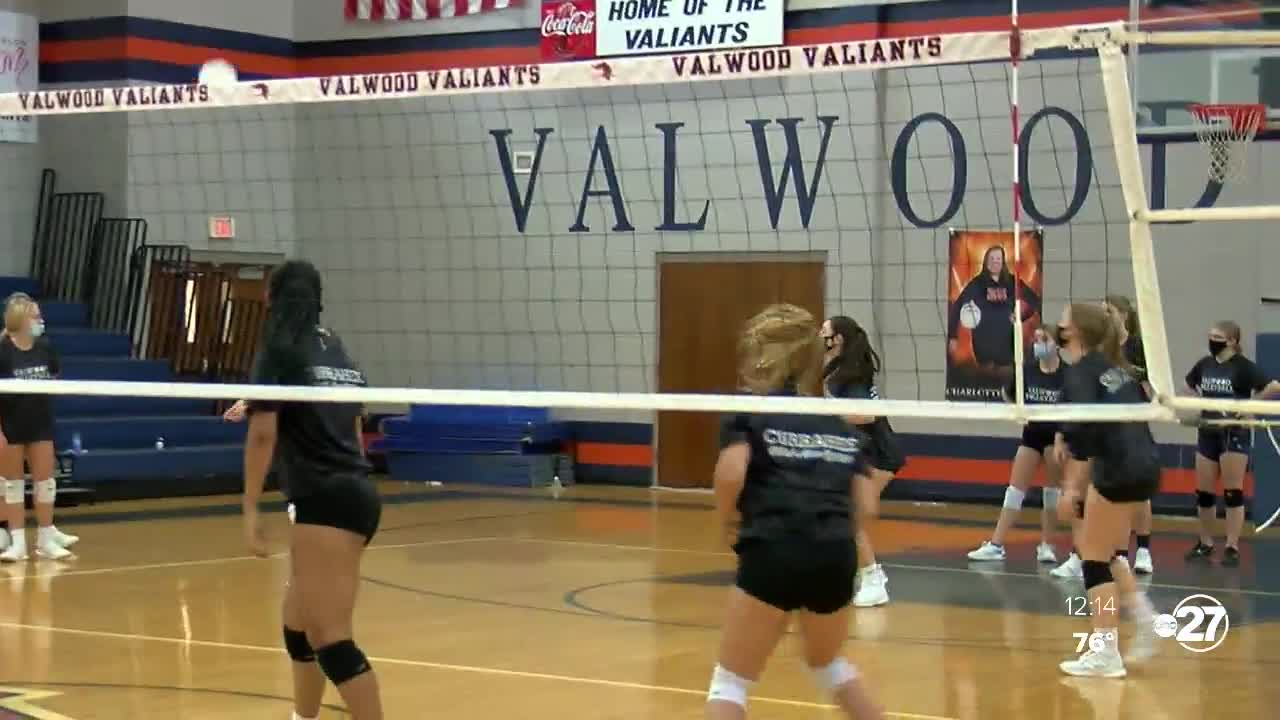 It's state tournament time for the Valwood Valiants and expectations are sky high for this team who's using past heartbreaks to fuel a run for the state title.

HAHIRA, Ga. (WTXL) — It's state tournament time for the Valwood Valiants and expectations are sky high for this team who's using past heartbreaks to fuel a run for the state title.

"The theme of our season has been Currahee," said Val Gallahan, the head volleyball coach at Valwood. "We're talking about standing alone together. I mean ultimately it is a team sport and we rely on everyone, every single person not just on the court but on the team to do their job. Ultimately when the ball comes to you are you going to be able to stand alone and perform when you need too."

It's a motto adopted from the 101st Airborne division from the Band of Brothers.

Now at first, you may be scratching your head as to why a high school volleyball team chose their theme from a live-action war series. But for the Valiants, their program is built around a similar kind of trust. One that has developed from their time playing together, back in Elementary school.

"We've grown up playing volleyball together most of us and so we're really close," said Makayla Yates, the Valwood senior captain. "It's just like a family every day we come in here and love being with each other, we all laugh and have fun."

Plain and simple the chemistry these girls share on the court can't be taught and for any coach that makes their jobs a lot easier.

Gallahan has seen that manifest over the years and credits this team's success to that very attribute.

"Having those kids who really know what's expected and required of each other and holding each other accountable, I mean that's really produced some solid play on the court," Gallahan said.

Valwood enters this week's 3A state tournament as the number one overall seed coming off a regional championship performance. As the 2018 runners-up and a disappointing exit in last year's Elite Eight, Gallahan and her team have redemption on their minds.

"It's a big motivator for us," said Yates. "We really want to come back and get the state championship title. Being a state runner-up is fun but it's not the same as winning state and that's what we want to do and we're doing everything we can to do that this year."

Valwood enters the state tournament right now as a one-seed. They will officially know where they stand tomorrow when the final rankings are released.