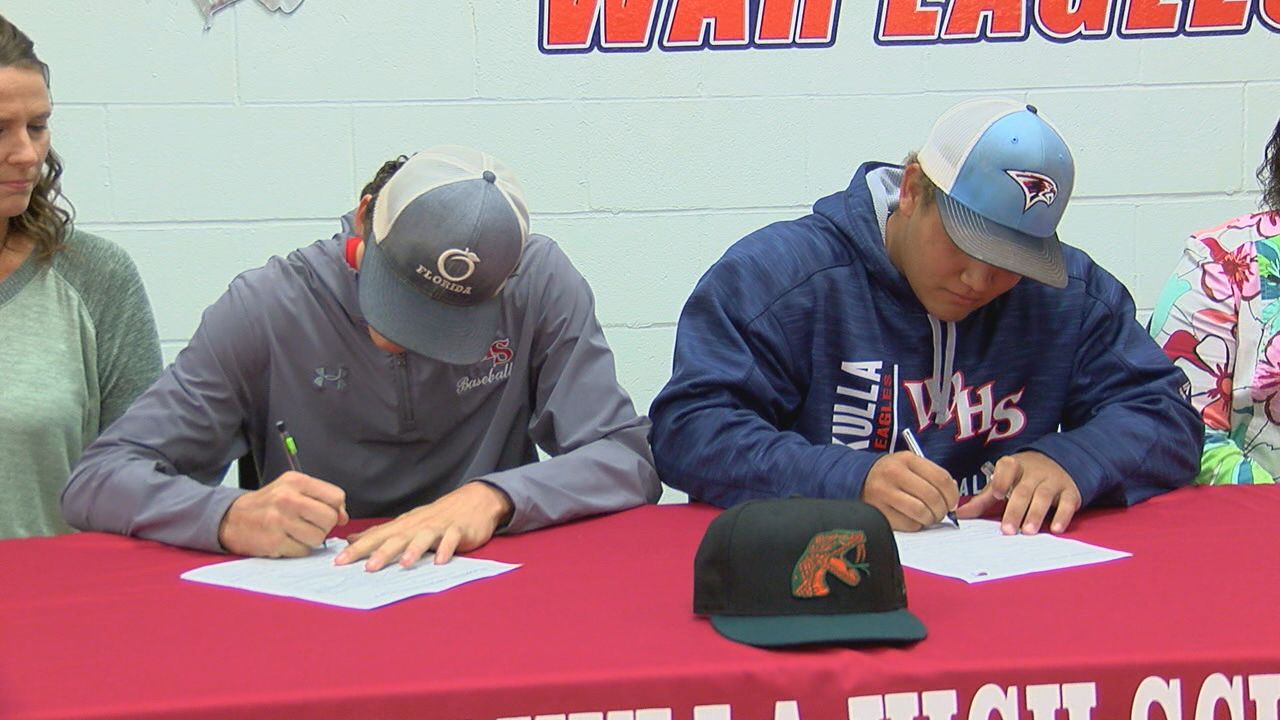 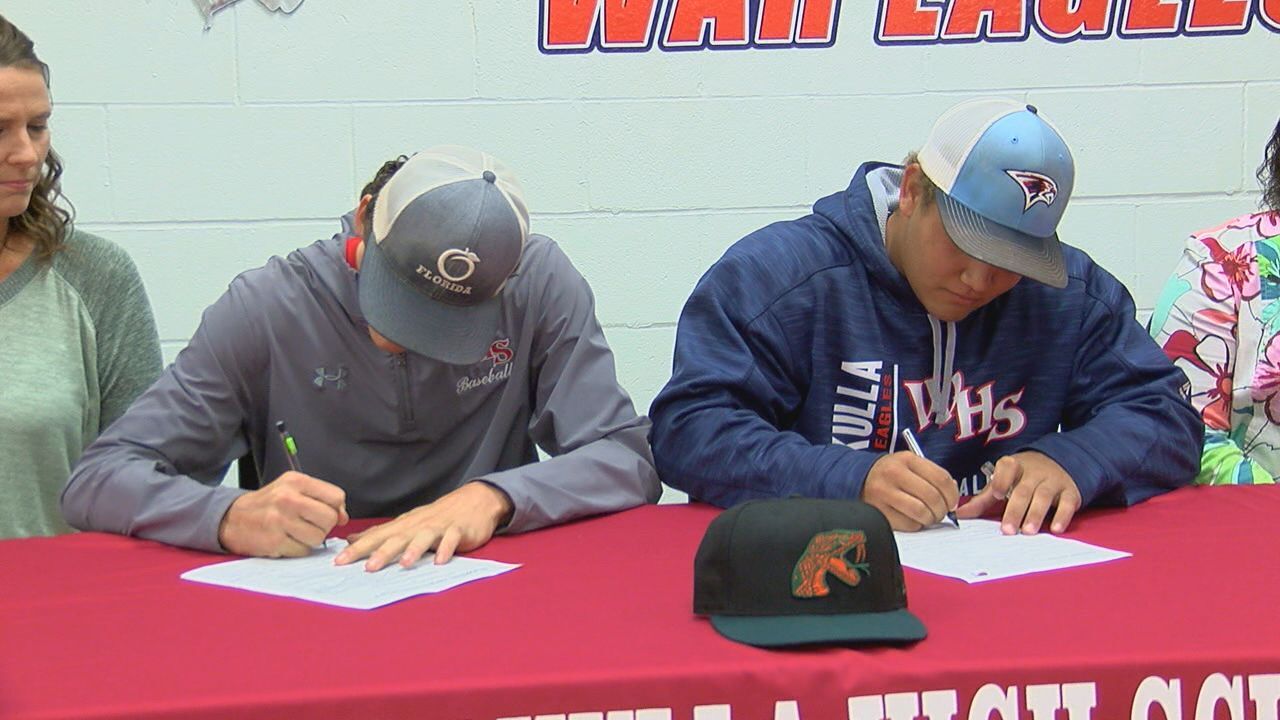 CRAWFORDVILLE, Fl. (WTXL) - Last year, nearly a third of the Florida A&M baseball team roster hailed from the Big Bend. That local trend continuing, as the Rattlers added two Wakulla War Eagles to their Class of 2020 today. Infielder Joseph Pierini and pitcher Trent Langley signed with the Rattlers on Tuesday, and both said they are excited to stay close to home.

FAMU is fresh off a MEAC Championship, and being able to compete at the highest level was a big draw in becoming a Rattler.

"Coach Shouppe has really done really well with the program, the team just everything he has been doing there, I'd like to go up there and help him win a Championship in the next four years," said Pierini.

"I get to stay near family and they can come watch my play," added Langley. "I like the way Coach Shouppe coaches and Bryan Henry has been my pitching coach since I was a little kid. It'd be great to keep working with him."