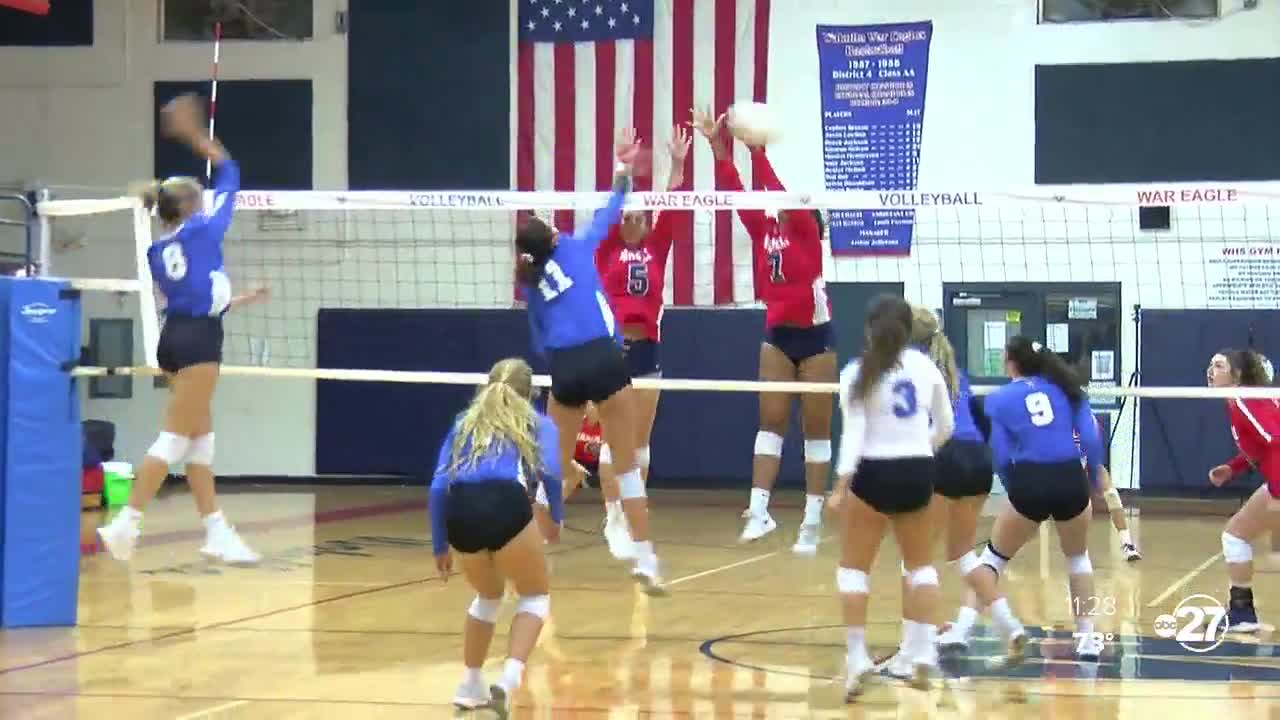 Thursday night was District Championship night for high school volleyball teams across the state of Florida, including the Big Bend.

TALLAHASSEE, Fla. (WTXL) — Thursday night was District Championship night for high school volleyball teams across the state of Florida, including the Big Bend.

At Leon High School, the defending State Champion Lions hosted rival Chiles for the Class 6A District 3 title. Cailin Demps led the way with 24 kills, while Macy Maxwell had 19 en route to the Lions winning their sixth straight District title 3-1.

"They've been taught how to do that and battle and never give up," said head coach Angie Strickland. "I'm proud of them.

"All the adversity we've faced through COVID and all the extra hours we had to put in because of that really motivated us for this game," added Demps.

For the sixth straight year, the Leon volleyball team is your District Champion!

The defending State Champs beat Chiles in four sets for the 3-6A title Thursday.

"We've been in the Elite Eight last year, Sweet Sixteen the last three,"said head coach Elizabeth Andrews-Potts. "It's always been this group's goal for the last three years and they've been really close. They want it."

In Class 2A, the St. John Paul II Panthers did something Thursday no other team has done all year - beat Aucilla Christian. Heading into Thursday District 1 title game, Aucilla Christian had lost just one set all season long.

Panthers showing off that 🏆

The Panthers pushed Aucilla Christian to five sets, winning the fifth and final 15-12 to lock up the District Championship.

In Class 1A, the Lafayette Hornets won a five set thriller over Hilliard for the District 5 title. Emily Lyons led the way for Lafayette with 19 kills in the win.

Thrillers all over the place! I love it! Congrats to Lafayette!! https://t.co/51mukDezjQ

The Florida High Seminoles faced Maclay in the first round of the Class 3A District 1 tournament. The Seminoles had been on quarantine for the last two weeks due to COVID-19, and were cleared to practice on Wednesday.

The were a little rusty in the beginning, but came through with a three set win over the Marauders to advance to Friday's Semifinals.