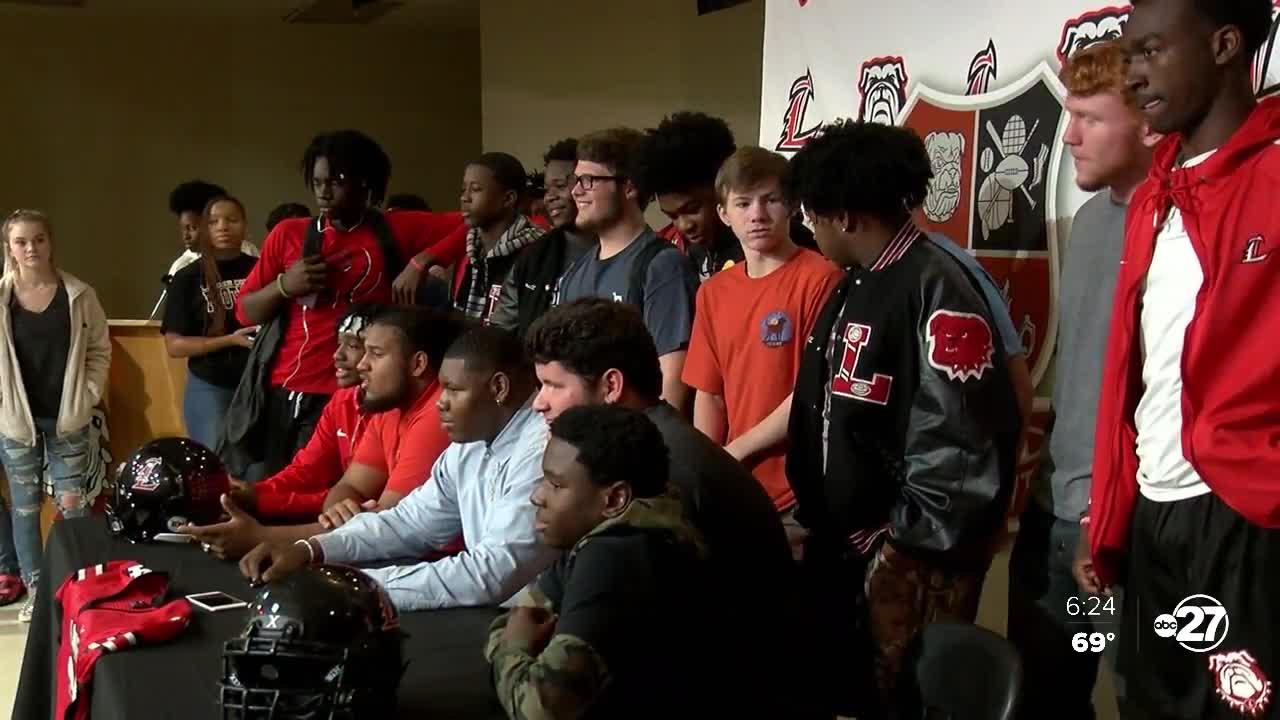 TALLAHASSEE, Fl. (WTXL) - Just because National Signing Day is in the books, doesn't mean the celebrations are over. Lanier County High's Anelius Dean signed a Letter on Intent on Thursday. Dean also making a little bit of history, as he's the first football player at the high school to sign to play collegiately in two years.

Dozens of people showed up to show support, as Dean is taking his talents to Division Two Limestone College.

At FAMU DRS, Derrick McKinnon is headed north, way north, to South Dakota. The two way player signed a Letter of Intent to play for Dakota State University. McKinnon said he knows it's a long way from home, but the coaches for the Trojans are excited to have him., so of being so far away? He's not even worried about it.

"Most people don't make it to the next level anyways so not really," he said of any nerves. "I have to go make it happen. Everyone came out to see me and it's still very special because my mom sat beside beside me and with the coaches, I felt very wanted."

To catch up with other signings across the Big Bend and South Georgia, you can click here.