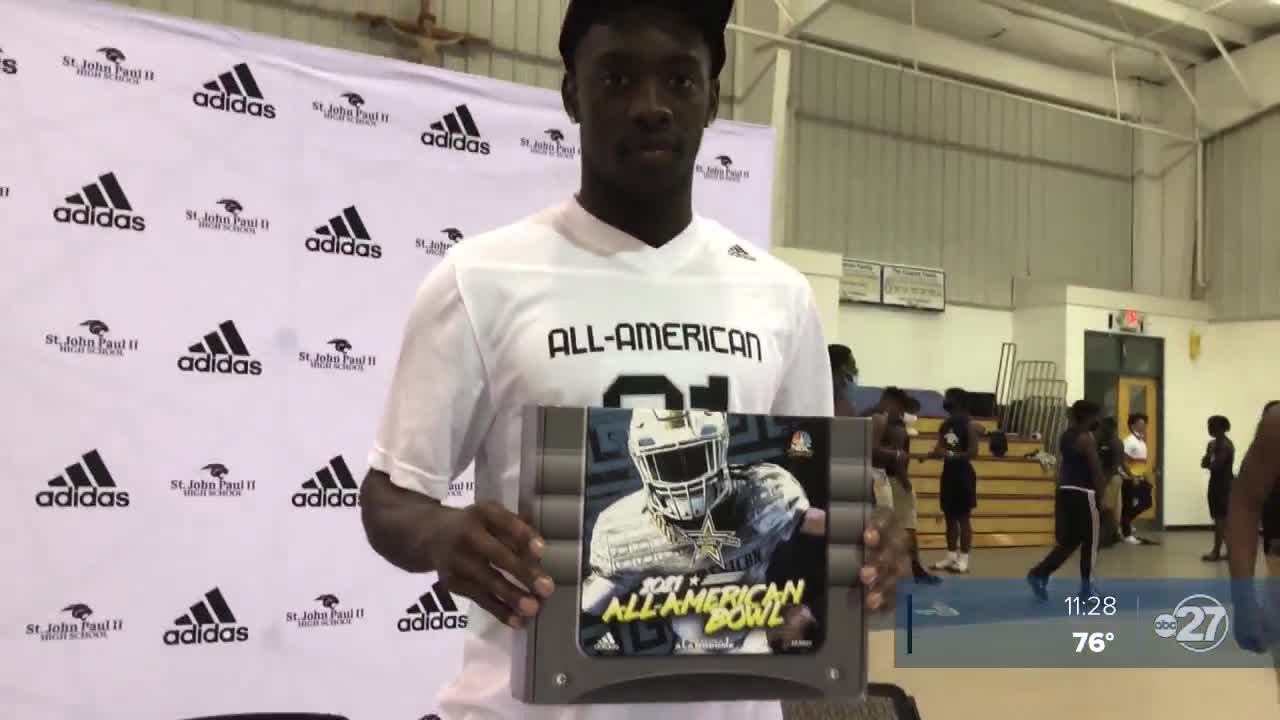 Arnold received his All-American Bowl jersey in front of the school, the first Panther in school history to receive the honor.

He joins an elite list of Big Bend area athletes to play in the bowl game, which features some of the best high school talents in the country.

Arnold is humble and kept his cool at the ceremony but said he's excited to play on a national stage.

"It means I get a chance to prove I'm one of the best in the country and put my name alongside some of the great ones," said Arnold. "It's really another accomplishment that I look forward to my teammates eventually coming around and doing the same thing."

This year's All-American Bowl is scheduled for Saturday, January 2 in San Antonio, Texas.