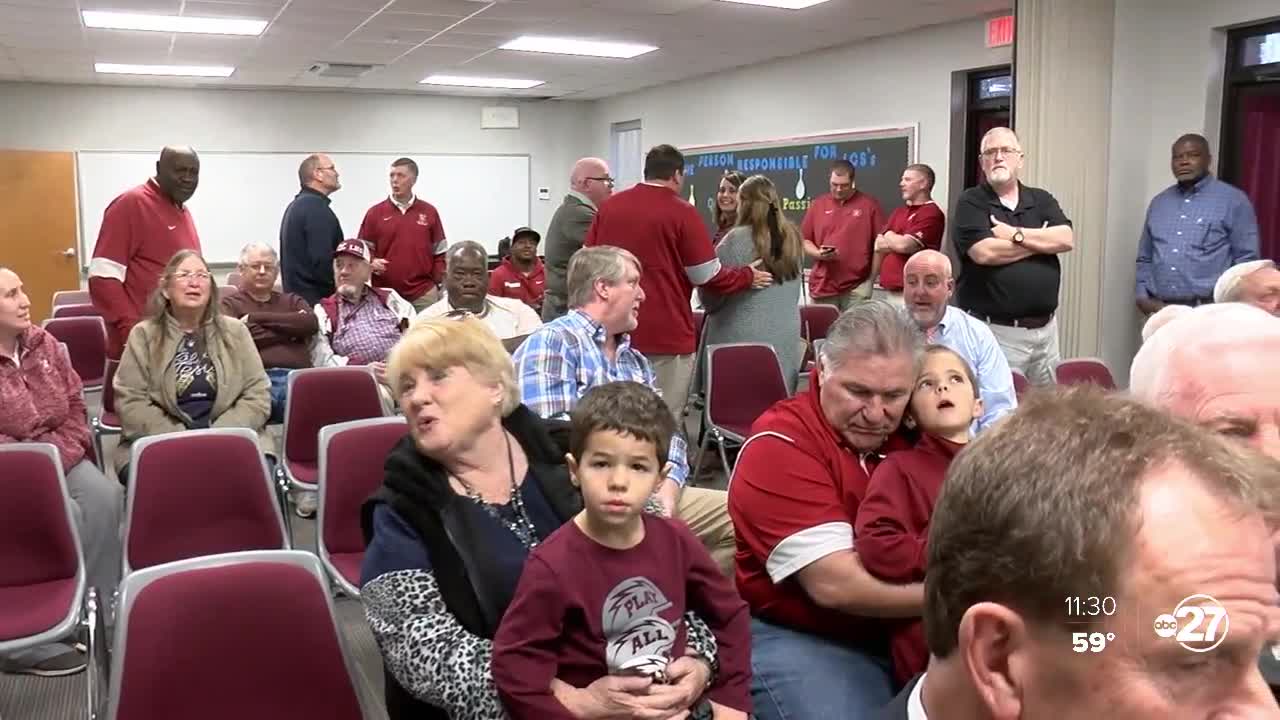 VALDOSTA, Ga. (WTXL) — Jamey DuBose has a solid resume. 26 years as a coach in Alabama. 14 of those years, he was a head coach, with the last seven being at Central Phenix.

As a head coach, DuBose has won three state championships, with the latest coming while at Central Phenix. DuBose has compiled a 66-11 record as the leader of Central Phenix, and plans on bring that to Lowndes. A press conference and meet and greet was held Thursday night at the Lowndes Board of Education.

"This is one of the best football jobs in the nation," said DuBose. "It's not just in the state of Georgia. This is one of the ones that people in other states talk about, look at. And you hear the tradition, about this community, and about what they have here. All you hear about is the support, and since I've gotten here, that hasn't been a letdown. It's 100 percent. Everybody just wants to win, but at the end of the day, it's about putting a good product out there and competing."

DuBose talked about his past jobs and how he coaches. One thing he mentioned was his open door policy. However, he explained to those who attended the meet and greet that he will not talk about playing time with parents or about another player unless that player’s parents are present.