Aucilla Christian volleyball team improves to 10-0 on the year 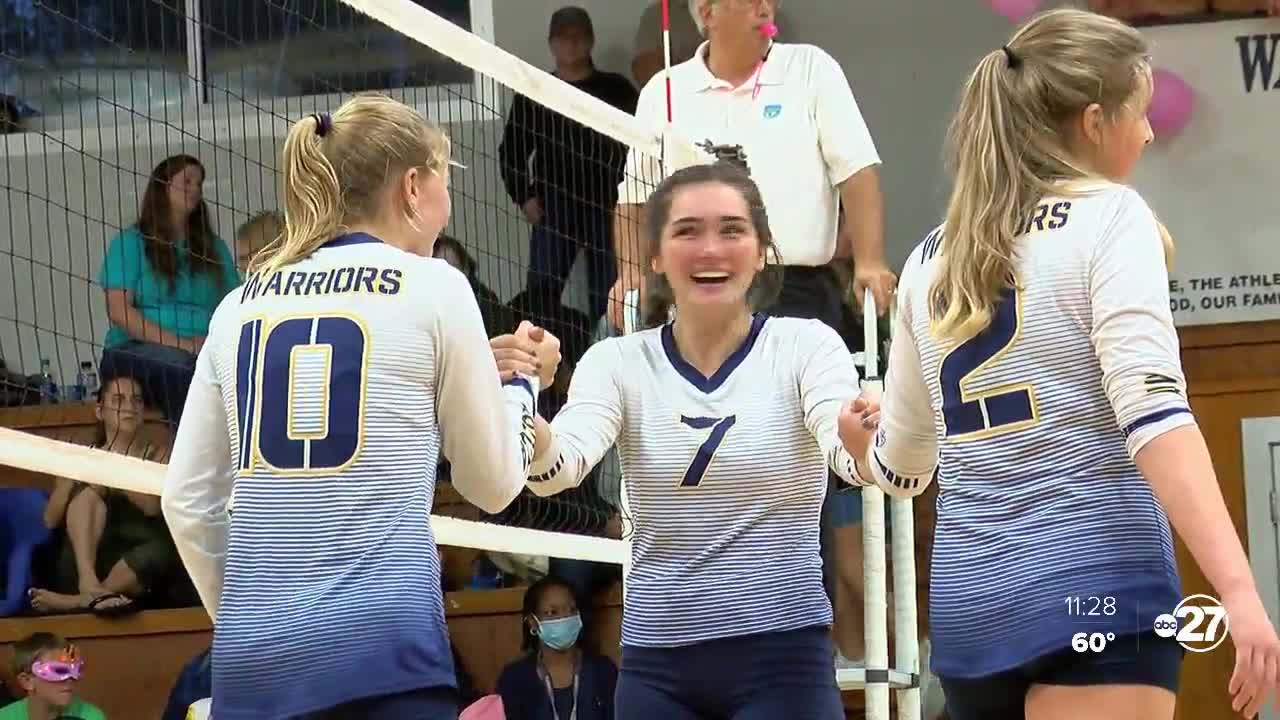 The Aucilla Christian Lady Warriors have been up to this point, "passionate," "dedicated," "disciplined," "unstoppable."

"Until they said it in the huddle that we've won thirty straight sets in a row," said Cathy Rogers, the head volleyball coach at Aucilla Christian. "I can't even tell you the feeling I have for this team."

It's a feeling the Lady Warriors have worked hard for.

"Ms. Cathy is amazing at what she does," said Liv Walton, and Aucilla Christian senior. "I tell you what, if she was not a fitness coach, we would not be where we are! She will run us to death, but I'm so thankful for it."

"Ms. Cathy has been amazing over the years," said Maddie Drawdy, a senior at Aucilla Christian. "She's one of the best coaches I ever had. She's done great things for this program."

The program is still in its infancy.

"These are the girls I started with," Rogers said. "We're super emotional."

The team is six years young, and they feel like they're just getting started.

"I think it's a progression of over the years and I think doing so well this season is just validation of all the hard work we've put in in the past," Walton said.

"We've had obstacles from the start with COVID and we've had to overcome so much already," said Rogers. "We'll have to take it one match at a time, if there was ever a team that could do it, it's this team."

A team that's been unstoppable, so far.

District tournaments start in two weeks for volleyball teams in Florida, when the Lady Warriors will begin their run for a State title.