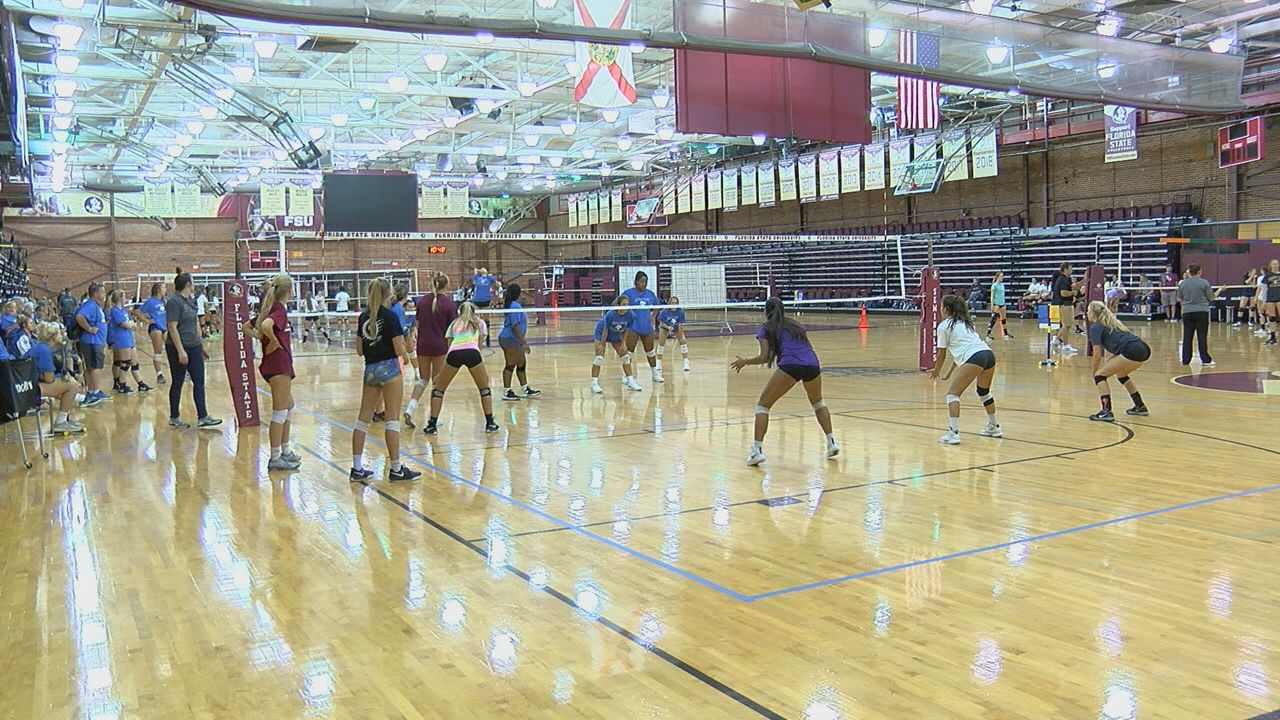 Fall 2019 will be Head Coach Chris Poole's 12th season as the Seminoles' leader. He explained what makes their volleyball camp special is the attention he and his players put on the details. "We really want to help young players get better and so we run these camps and try to give us a chance to show the young players what we do and the type of skills that we use, the training that we use, and expose them to that. And our girls love being here in the summer and being able to work camps as well."

Campers came from all over, not just the southeast, but places like Kansas and Pennsylvania. "We've had them as far in the United States as Hawaii and Alaska but we've had some come from Europe to come over to our camps. So, it has been all over the country and this year, probably around 12 different states this year. But from year to year that can change."

The volleyball program is also holding three 1-day camps this week. "The 15th, 16th, and 17th, there will be 4th grade, as low as 4th grade to 12th grade, so those are camps to really try and help some of the players that maybe haven't played as much volleyball but want to learn the game, to be able to come in, spend the day with us, let us be able to work with them," explained Coach Poole.