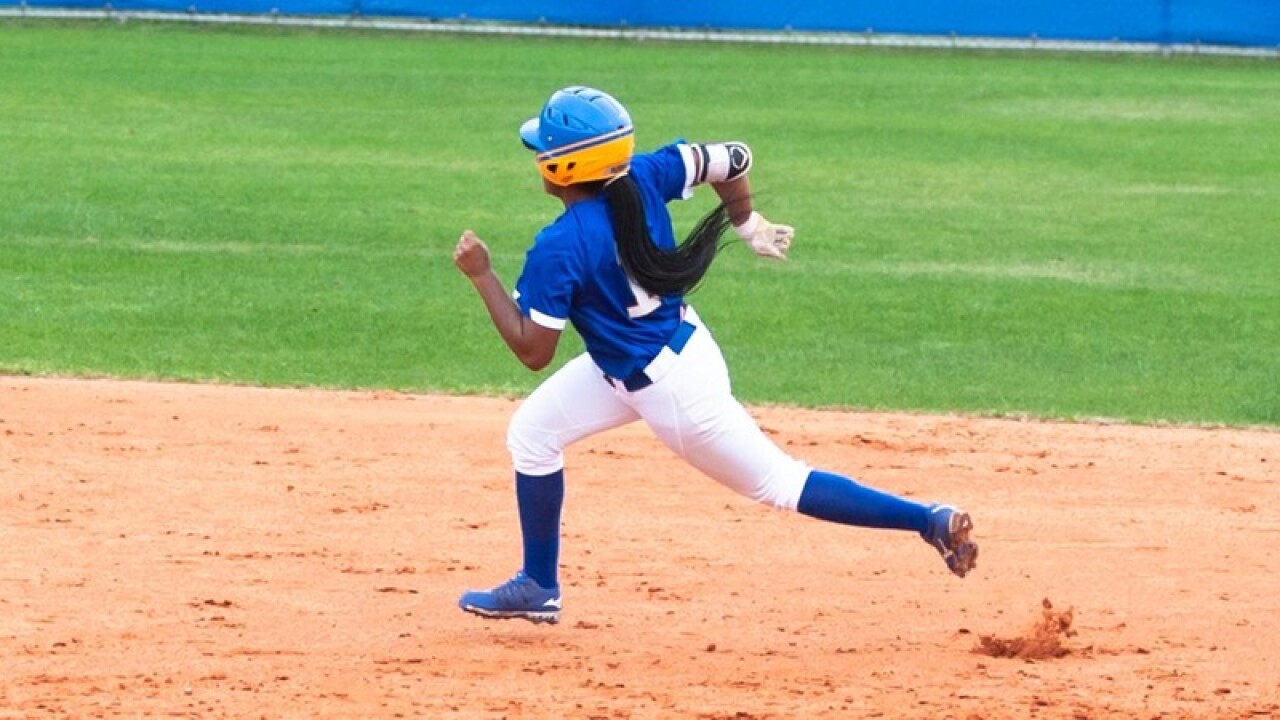 TALLAHASSEE, Fla. (February 12, 2020) – After playing its first seven games on the road, Tallahassee Community College's softball team played its home opener on Wednesday and swept Andrew (Ga.) College by the scores of 5-3 and 24-14.

The Eagles are now 3-6 and will continue a six-game homestand on Saturday when USC-Salkehatchie visits the TCC Softball Complex.

Despite entering Wednesday winless on the season, Andrew gave Tallahassee all it could handle for much of the doubleheader. In fact, the Fighting Tigers took a 3-1 lead to the bottom of the fifth in game one before the Eagles rallied.

With one out, Jania Davis smacked a double, advanced to third on a pitch in the dirt and scored when catcher Carrie McWaters' throw was high and wide trying to throw out Davis.

Tallahassee erased the 3-2 deficit in the bottom of the sixth.

Casey Erb led off the inning with a single and scored the tying run from third three batters later when Alyssa Wynn laid down the perfect squeeze bunt. With two outs and the bases loaded, Esmee Toet's infield single scored Jade Castillo with the go-ahead run. Wynn, who never slowed down rounding third, also scored just ahead of Davis being retired when she tried to advance from first to third on the play.

Andrew put the tying runs on base in the seventh but Kierra Folson hit a one-hopper to Castillo who stepped on third and threw to first for a game-ending double play.

The rally yielded Emma Fowler's first win of the season. She struck out six.

Andrew led 6-4 heading to the bottom of the fourth when things really began to get interesting. RBI-singles from Erb and Stacey Hudson tied the game. Kyla Jackson's RBI-groundout plated the go-ahead run, and Erb scored when Dyamond Brown bunted her way on to put Tallahassee in front, 8-6.

A marathon fifth inning, which lasted just under an hour, saw the teams combine for 18 runs and 12 hits. Three Tallahassee errors aided Andrew's six-run inning that put the Fighting Tigers in front, 12-8.

The Eagles answered and then some, sending 16 batters to the plate in an 11-run outburst. After Alyssa Krausz' three-run homer tied the game at 12, the next three batters reached base to load the bases, and Brown's groundout scored Erb with the go-ahead run. Six more runs followed, the last when Krausz scored on Jackson's infield single for a 19-12 lead.

Andrew scored twice in the sixth and had the bases loaded when Erb made a running catch in foul territory to end the inning and keep the Eagles comfortably in front. Tallahassee ended the game via the mercy rule in the bottom of the sixth and it was Erb who provided the game-ending hit, a three-run homer to left center.

Every started had at least one hit as the Eagles totaled 20 in game two.

Erb was 4-for-6 with four runs scored and five RBI. Krausz was 3-for-5, scored three runs and drove in four. Jackson was 3-for-4 with three RBI. Katelyn Hobbs scored five times.

Fowler (2-3) picked up her second win of the day with three innings of work in relief of starter Emily Oakes.

Saturday's doubleheader will begin at 1 p.m.