Williams Enters His Name For the 2020 NBA Draft 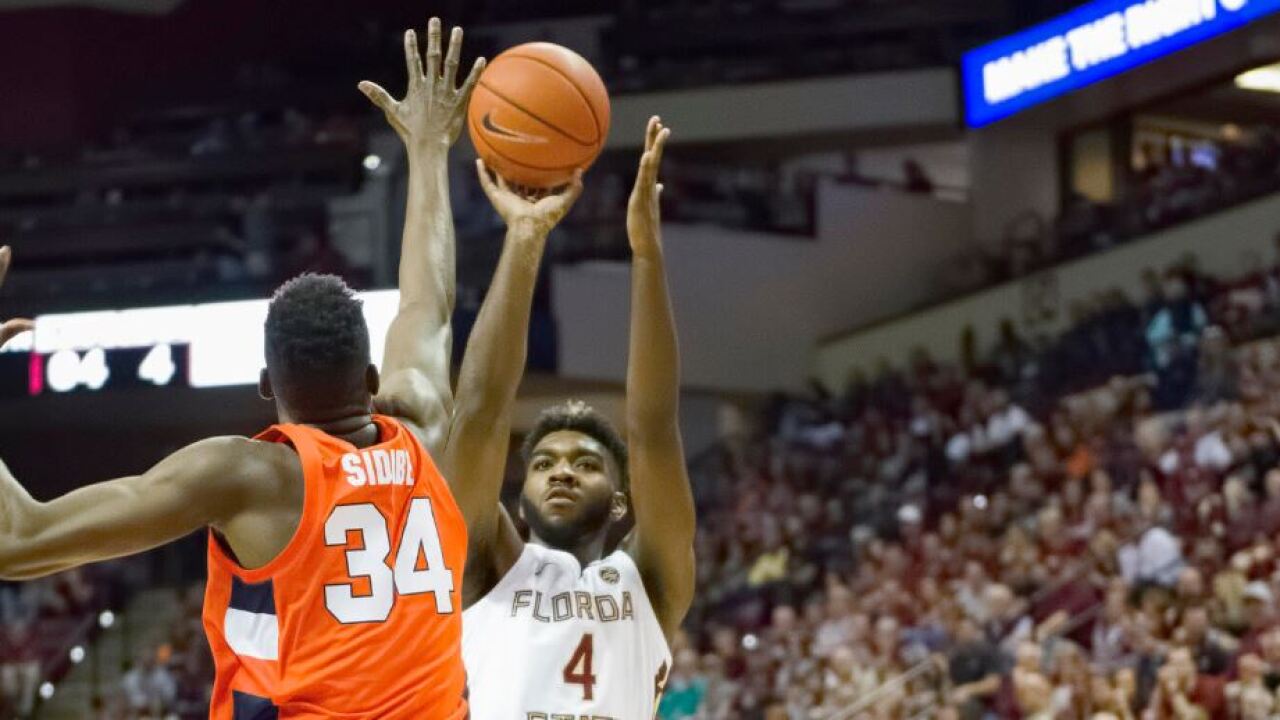 TALLAHASSEE, Fla. (seminoles.com) – Freshman Patrick Williams, who was named to the ACC All-Freshman Team and as the ACC’s Sixth Man of the Year, will make himself available as an early entry candidate for the 2020 NBA Draft. The 6-8 forward was one of the top players for the Seminoles who finished the 2019-20 season with a 26-5 overall record and a 16-4 record in ACC play. Williams helped lead Florida State to its first ACC regular season ACC Championship – which led the Seminoles to being declared to the 2020 ACC Championship team.

Williams is the third player in school history to play just one season as a Seminole and enter his name as a draft eligible freshman. Malik Beasley in 2016 and Jonathan Isaac in 2017 played only one season at Florida State before beginning their successful NBA careers.

“I’d like to thank my parents, because without them this giant step in my career would not be possible,” said Williams. “I’d also like to thank Coach Hamilton and his entire staff because they have all helped me mature as a player and a person. Most of all, I’d like to thank my teammates for being brothers and for supporting me wholeheartedly and helping me make this decision.”

Williams helped lead Florida State to a No. 4 ranking in the final Associated Press Poll of the 2019-20 season – the highest final ranking in school history. The Seminoles were ranked in the nation’s top-10 for a school record nine consecutive weeks. Florida State moved into the top-10 of the national rankings on January 6, 2020 and stayed in the top-10 for the remainder of the season.

With Williams in the lineup, Florida State became just the sixth team in ACC history to win 16 or more regular season conference games.

“We are very happy for Patrick and his family,” said Head Coach Leonard Hamilton. “Patrick has worked very hard to put himself in a position where he can realize his dream of playing professional basketball. He has the support of a wonderful family who has helped make him the extraordinary person he is today. There are so many tremendous things ahead for Patrick and our staff could not be more thrilled for him.”

In becoming the second consecutive Seminole to earn ACC Sixth Man of the Year honors, Williams scored in double figures in 13 games including Florida State’s ACC regular season championship-clinching victory over Boston College. He averaged better than 22 minutes played per game and finished as the Seminoles’ best shooter from the free throw line with a .838 mark.