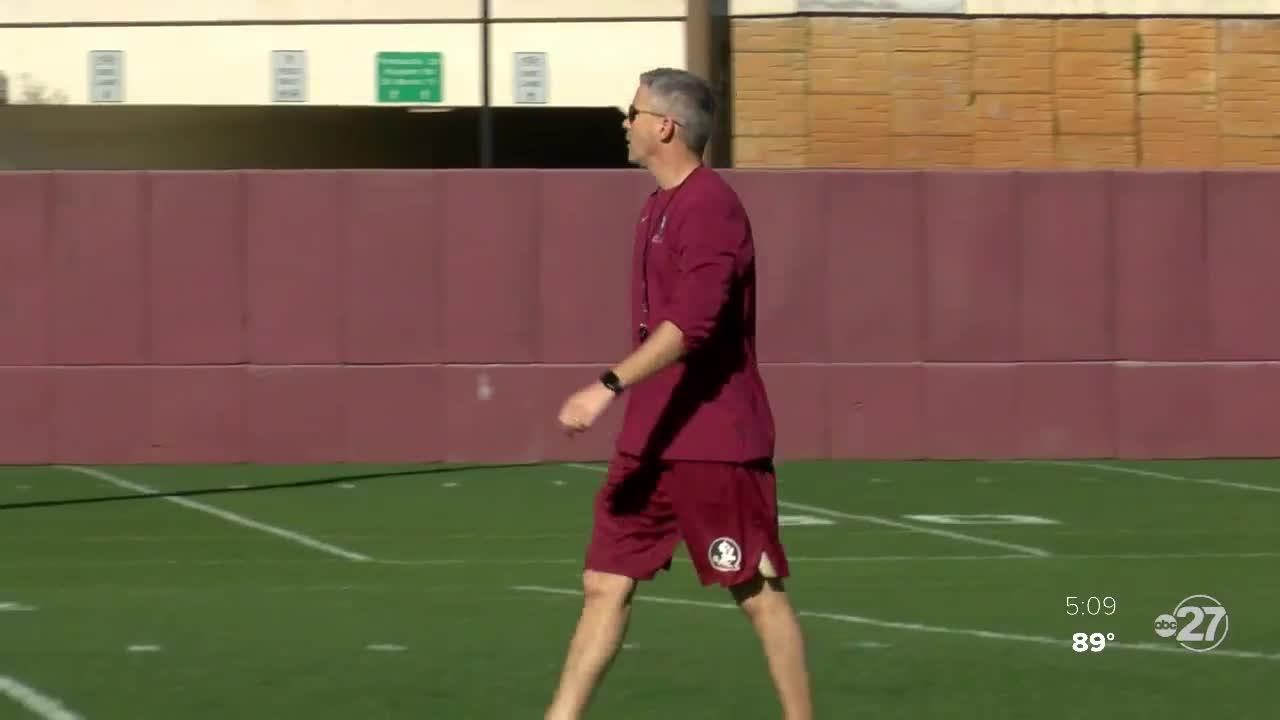 Florida State has said it will not confirm or state how many positive COVID-19 cases it has had citing University policy, but some football players are speaking out.

TALLAHASSEE, Fla. (WTXL) — Florida State has said it will not confirm or state how many positive COVID-19 cases it has had citing University policy, but some football players are speaking out.

It all started with a tweet from receiver DJ Matthews Wednesday night saying he had tested positive for COVID-19. The tweet was deleted within minutes, but the fallout continued into Thursday.

Receiver Warren Thompson tweeted a letter addressed to the Seminole family Thursday morning, saying in part, "During this entire week of camp, I have been lied to multiple times about the conditions of other player's health as well as my own."

Thompson went on to say that leadership is of an "I" mentality, only worried about their own future rather than their own student-athletes.

Head coach Mike Norvell gave a statement to the media saying he was informed of the tweets after practice Thursday morning.

Norvell would not confirm whether the three were in attendance at practice or if they or any other players have tested positive.

Norvell added he has no idea what Thompson was talking about in his tweet, but did plan on speaking with him and the other players.

"I'm disappointed in what I've heard, but there will be conversations to get a better understanding," said Norvell. "I go to work every single day and live my life every single day to a certain standard. I'm confident in the way that we're doing things as a coaching staff as a University, as a program."

Other players, including Marvin Wilson, Jaiden Lars-Woodbey, and Asante Samuel expressed support for the coaching staff on social media.

Florida State's week two opponent in Samford belongs to the conference but it is not clear whether Samford will choose to pursue non-conference competition at this time.