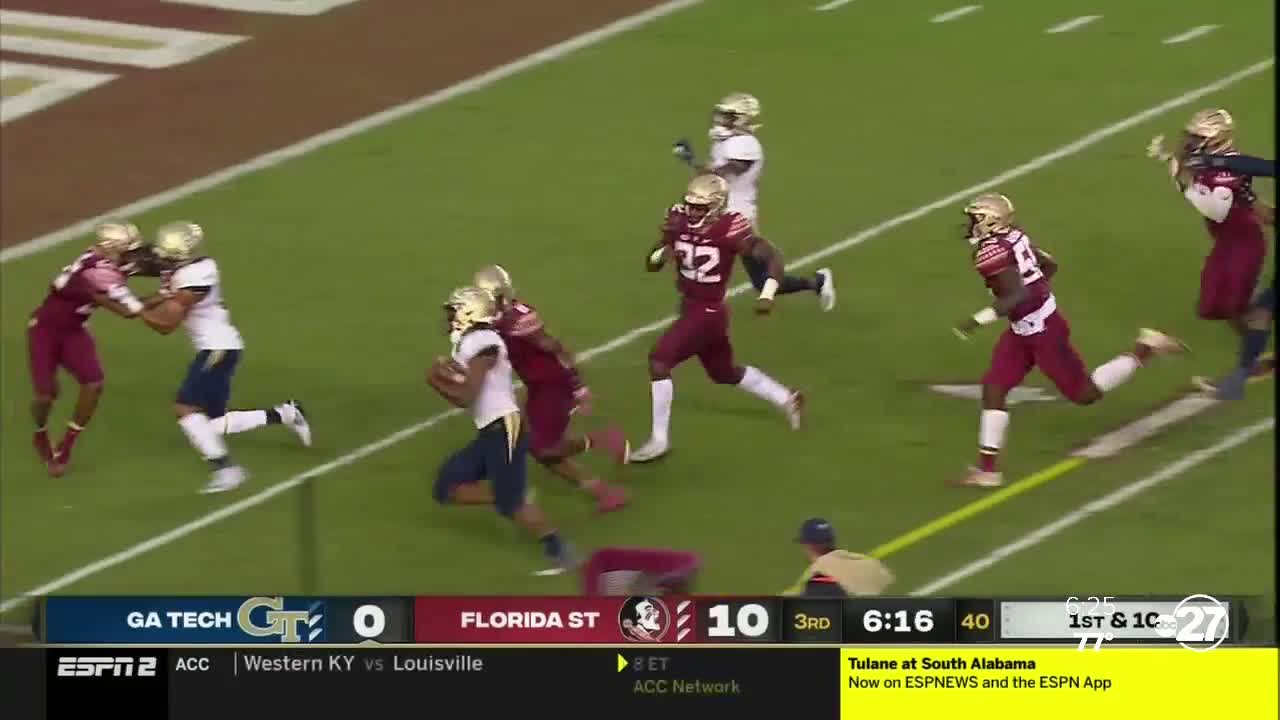 Game one for the Florida State football team didn't go as planned. In a game reminiscent of the past lack of execution and consistency, poor offensive production, too many penalties, the Seminoles fell to Georgia Tech 16 to 13.

In a game reminiscent of the past lack of execution and consistency, poor offensive production, and too many penalties, the Seminoles fell to Georgia Tech 16 to 13.

That doesn't mean there weren't some bright spots.

Asante Samuel Jr. shined, picking off two passes which earned him ACC Defensive Back of the Week honors.

Head coach Mike Norvell said this team has to do a better job of balancing their emotions when things get tense.

"When something good happens, when something bad happens to continue to stay focused on the details, on the fundamentals, making sure we're getting the communication and then being able to go play at a high level," said Norvell. "I think there were a few times we let our emotions get the best of us in a couple different ways, good and bad, These guys, they care about each other. I told them right after the game, I'm hurting for them."

Florida State returns to action in two weeks when they travel to Miami on September 26. Kick-off is at 7:30 on ABC 27.