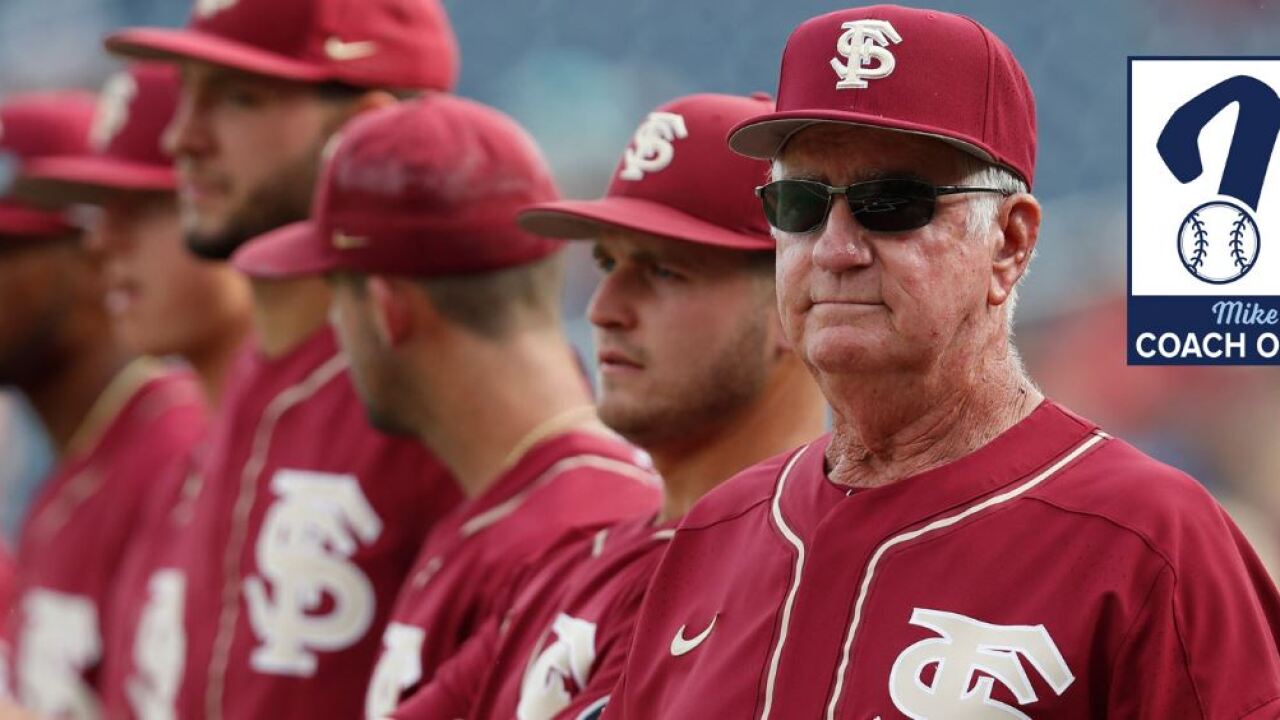 TALLAHASSEE, Fla. – Mike Martin was one of the greatest coaches in the history of collegiate baseball, and now he’ll be immortalized as such.

After capping off his legendary 40-year career as the winningest coach in college baseball history, the National Collegiate Baseball Writers Association announced on Tuesday that the annual award honoring the top Division I baseball coach will be renamed in Martin’s honor.

“When I heard about it,” Martin said with a smile, “I was simply flabbergasted. It is such an honor to have my name associated with this award, and it is a tribute to all the players and coaches who worked with me at Florida State.”

He became college baseball’s all-time wins leader in May of 2018 and became the only head coach in any sport to reach the 2,000 win mark during the Seminoles 2019 College World Series campaign. With a 2,029-736-4 record since 1980, ‘11’ retired with a .733 win percentage after leading Florida State to the NCAA Tournament and winning at least 40 games in each of his 40 seasons at the helm of the Seminole program.

Martin piloted 17 College World Series berths, including national runner-up finishes in 1986 and 1999. He brought home 19 conference championships – 11 Metro Conference and 8 Atlantic Coast Conference. But despite his success on the diamond, Martin’s career is equally defined by his reputation as one of college baseball’s most respected figures.

After his last game in Omaha, Martin said that he would want to be remembered as ‘a guy that did it right’. The distinguished leader is notable for his class, discipline and unwavering smile. Throughout his career he stressed the importance of developing his student athletes both on the field and in the classroom. Under Martin, Florida State baseball student-athletes were selected to the academic team of distinction 72 times since its 2006 inception, and 19 were selected in the first round of the MLB Draft. He received a standing ovation from the media at his final news conference at the NCAA World Series in Omaha last June.

The NCBWA board of directors voted unanimously on the decision to rename the honor the National Collegiate Baseball Writers Mike Martin Coach of the Year Award.

“We could not think of any other coach historically to associate a name for this annual award besides coach Mike Martin,” said NCBWA executive director Bo Carter. “He has meant so much to college baseball as it has continued year-by-year to gain additional national popularity.”