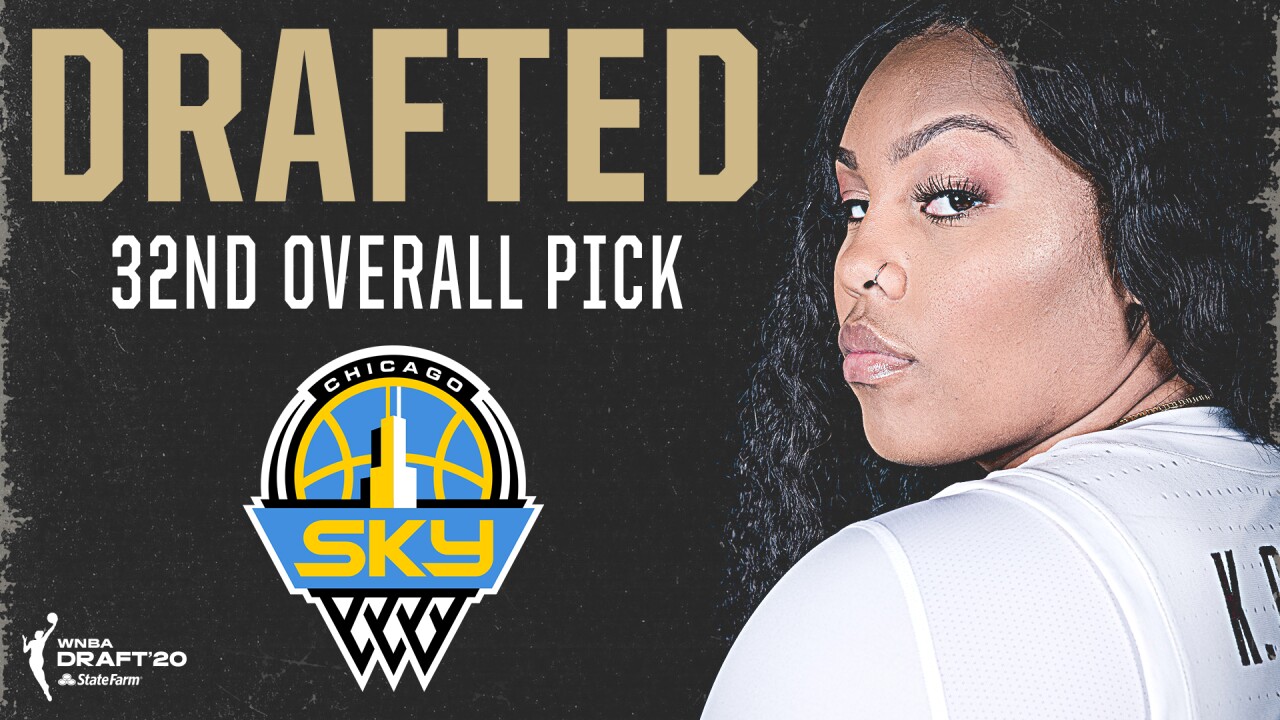 TALLAHASSEE, Fla. (Seminoles.com) – Florida State Women’s Basketball two-time All-America forward Kiah Gillespie is officially living out her dream. The Meriden, Conn., native was selected with the 32nd pick in the third round of the WNBA Draft by the Chicago Sky on Friday night.

Gillespie’s selection marks the fifth straight year that a Seminole has been picked in the WNBA Draft. The run began in 2016 by Adut Bulgak, in 2017 by Leticia Romero and Kai James, in 2018 by Shakayla Thomas and Imani Wright and in 2019 by Maria Conde.

She is the 16th Seminole drafted, with the first being Latavia Coleman in 2000 by the Houston Comets.

As Naismith Memorial Basketball Hall of Famer Rebecca Lobo pointed out, Gillespie’s pick-and-pop game has a chance to translate very well at the next level. In her first playing season with the Seminoles, she became the first Florida State player ever to lead her team in scoring, rebounding and 3-point field goals made. It translated into her first All-America season.

Her standout senior year, which solidified her WNBA Draft selection, culminated with All-America honors from the Associated Press, WBCA and the USBWA. She was also a Katrina McClain Award finalist for the nation’s top power forward.

In response to the coronavirus pandemic, the WNBA has postponed its start of the year that was originally scheduled for May 15.