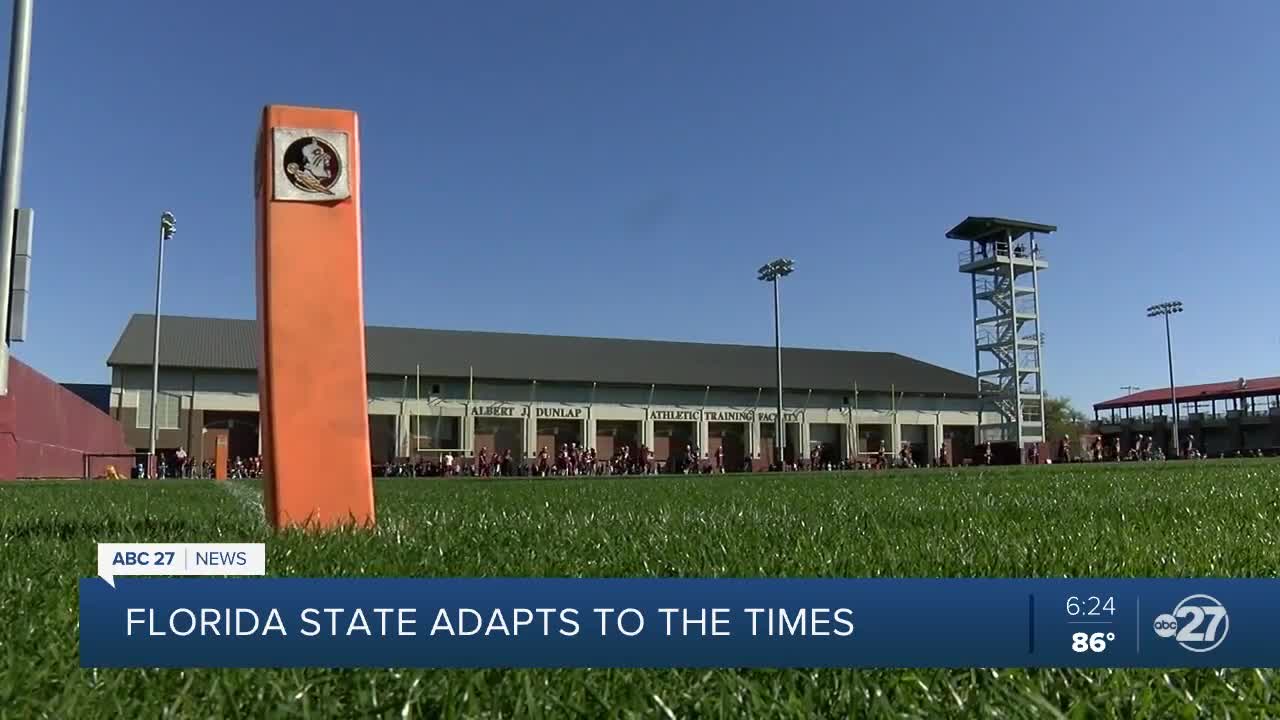 The threat of coronavirus has forced everyone to change the way they approach day to day life, including the Florida State football team.

TALLAHASSEE, Fla. (WTXL) — The threat of coronavirus has forced everyone to change the way they approach day to day life, including the Florida State football team.

When Mike Norvell became the head coach of the Florida State football team in December, he never could have guessed what was to come.

Only three practices in to spring ball, coronavirus forced this team and the coaches to adapt.

For any team, spring football is a chance to get better. It's a chance to work on fundamentals, install new schemes.

"You know, I never want our guys going out on the field afraid to mess up," said Norvell. "They build that confidence through the repetition. Sometimes the mistakes you make in practice you're able to get corrected. When the game time comes, you're playing with that confidence. It's understanding what the expectation is and what you're being asked to do in every circumstance. I'm looking forward to getting back on the field, teaching our guys and helping them grow. I'm really excited about what I've seen up until this point, it's just having to work through a unique situation."

Norvell said the coaches video conference and he sends videos to his guys to check on them.

Each player has workouts and a nutrition plan to stick too. They're trying to keep things normal and trying to adapt to a very unique situation.

"It's been eye opening, but it's been positive," said Norvell. "I think you look to last week, we started exploring, we had a better sense this was going to be a reality and we started doing our research trying to make sure we planned out the best possible solution for us to operate. And if you would have told me a couple of years ago that we'd be doing entire staff meetings virtually and from remote locations, I probably wouldn't have expected that. It's been unique and it's probably going to gain some things here in the future from the things we are going through."

Norvell did say he's taking advantage of this time by spending time with his family. He said they just moved into a house and he said there are no boxes left to unpack.