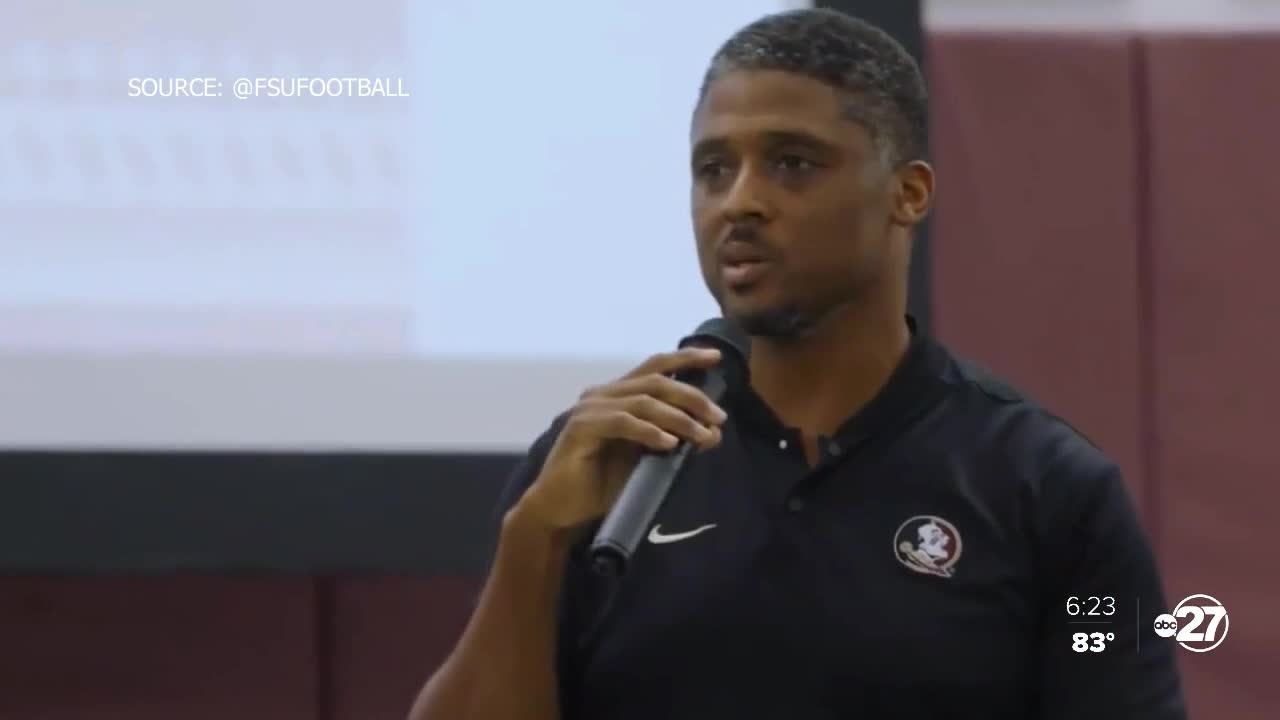 Florida State head football coach Mike Norvell has spent the last week working on the Seminoles connection off the field. As he put it, you can't trust the guy next to you unless you know what they've come from.

As he put it, you can't trust the guy next to you unless you know what they've come from.

That growth and development continued Thursday night when Seminole legend Warrick Dunn visited with the team.

Norvell said he has unbelievable respect for Dunn, not just for what he's done on the field, but off with his charities. He said Dunn's message to the players couldn't have been better and he appreciated him coming back to give back.

"Our guys were so excited," said Norvell. "I was really proud of our team. My favorite thing, when you have a guest speaker, just watching our players. When you see a hundred and twenty-something players and support staff, everybody that I saw was taking notes."

"We started around 7:15-ish and it felt like five minutes had gone by," said Carter Boatwright, a freshman tight end at Florida state. "I looked up at the clock and it's been an hour. Just hearing him talk and hearing how much he's done for this program and how it was for him in college and his transition, it's just really been good for me to hear that last night."

Norvell said practice will change a little bit next week with school starting up. They'll start focusing on Georgia Tech within the next week and a half.