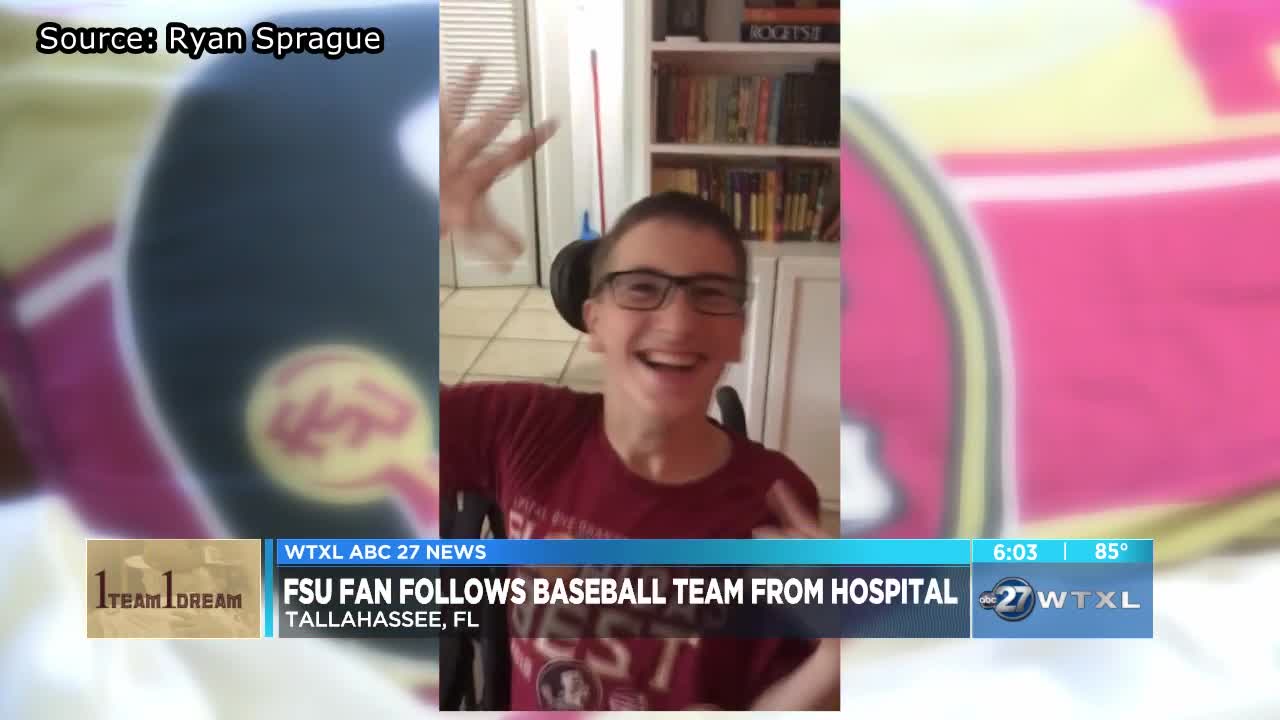 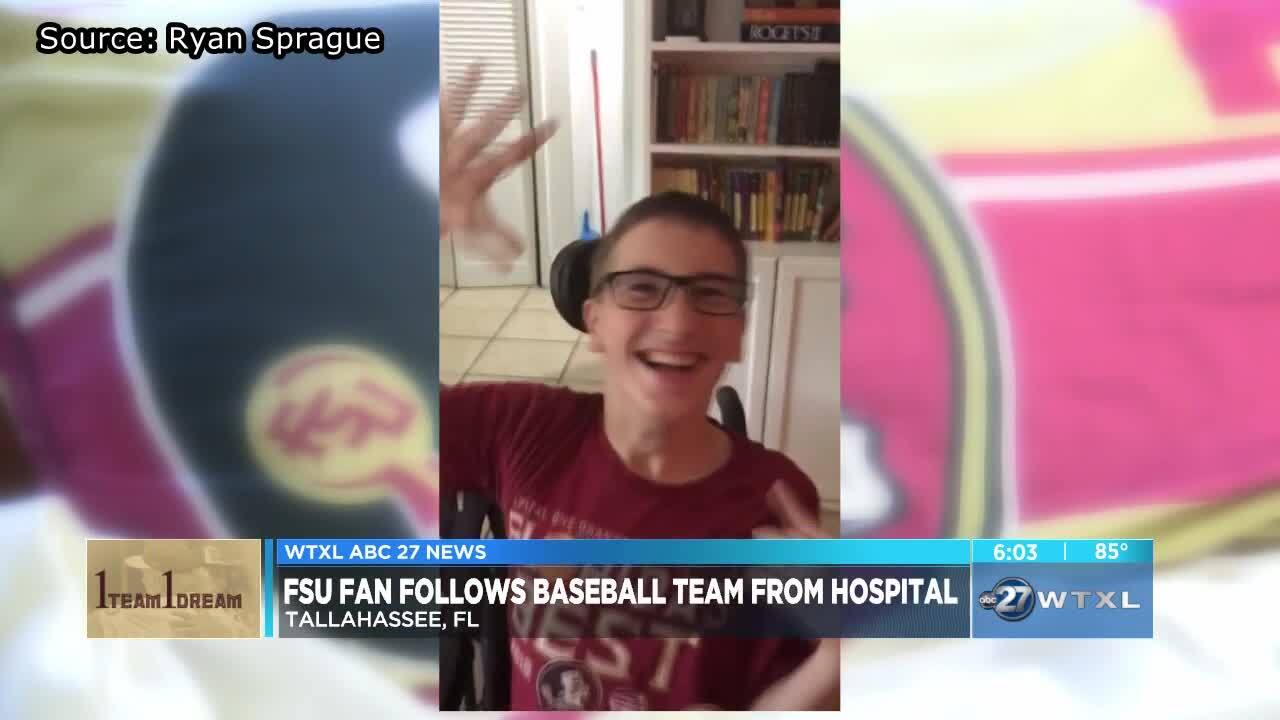 TALLAHASSEE, Fla. (WTXL) — As the Florida State Baseball Team inches closer to taking it all in Omaha, the excitement for fans in Tallahassee is growing louder. One fan in Tallahassee is doing everything it takes to make sure he doesn't miss the big game.

If Florida State is playing, you better believe Caedmon Sprague is watching the game and doing the war chant.

"He's been cheering himself hoarse every night watching the games," said Ryan Sprague, Caedmon's father. "Every single pitch, every single bat, completely convinced that they're going to pull out a win somehow."

But instead of watching the Noles take on Texas Tech at home, Caedmon is instead watching from a hospital bed.

"He asked his nurses that they didn't give him any sleepy medications too close to game time so that he could be alert to watch," said Sprague.

Despite undergoing major surgery related to his cerebral palsy, Caedmon's concerns were still on Noles taking it all at the College World Series. And being in Seminole Country made the process even better.

"We're thankful that we had folks at TOC that could do this here in Tallahassee," said Sprague. "Otherwise, it would've been in Gainesville and we did not want to do this in Gainesville at this time of year."

Even through the medications and pains that come with surgery recovery, Caedmon still managed to smile at the thought of the Noles bringing home some hardware.

And while Caedmon is cheering on the baseball team, over on Twitter, there's plenty of people cheering him on.

"As he's supporting the baseball team, they're turning around and supporting him," said Sprague.

Caedmon is expected to go home Friday and get to hopefully watch another game. Caedmon is blogging throughout his recovery and the College World Series.