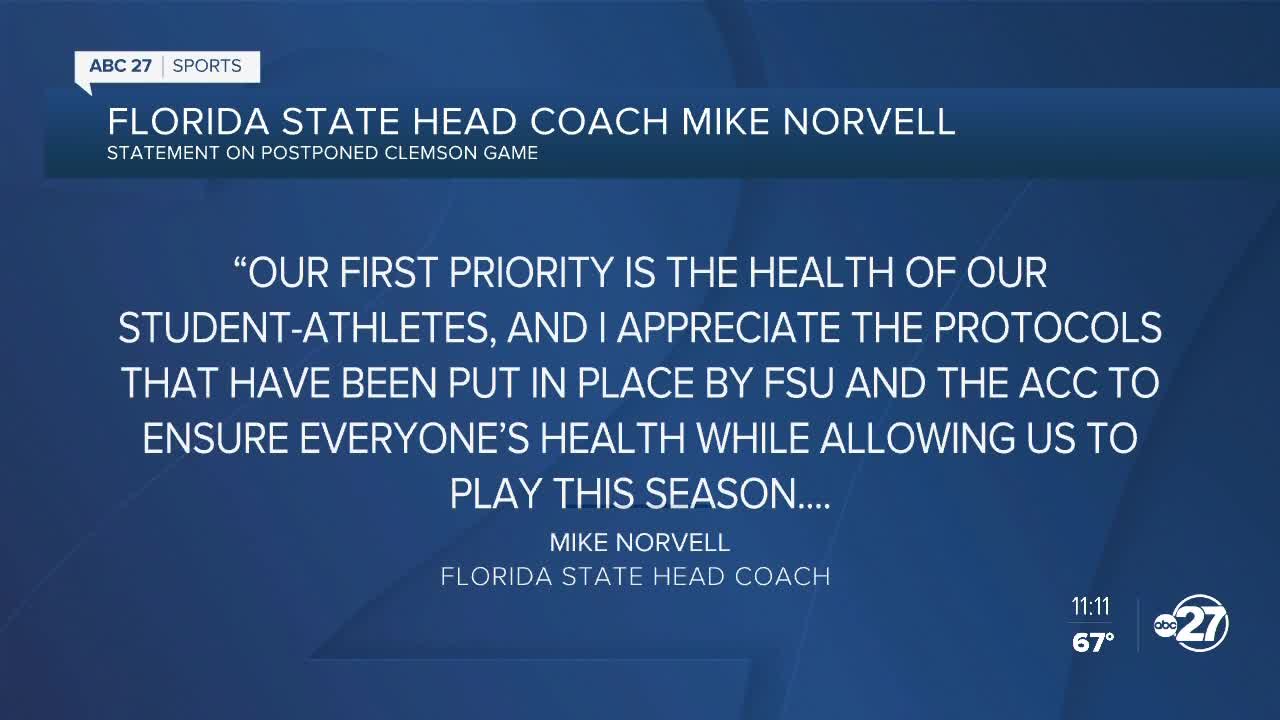 The postponement follows a Saturday morning game conference call in which both teams’ medical personnel were “unable to mutually agree on moving forward with the game.”

“Our first priority is the health of our student-athletes, and I appreciate the protocols that have been put in place by FSU and the ACC to ensure everyone’s health while allowing us to play this season,” head coach Mike Norvell said. “It’s unfortunate that we will not have the opportunity to compete today, but we hope to be able to play Clemson in December. I am thankful for the support and coordination between our administration, Clemson, and the ACC office. Our team will now turn our focus to hosting Virginia next week.”

The ACC said both teams will continue to adhere to the minimum outlined protocols by the conference.

More details regarding the rescheduled game, including ticket information, will be announced at a later date.

The 2020 ACC Football schedule includes 11 games, including 10 conference games plus one non-conference game, played over at least 13 weeks, with each team having two open dates.