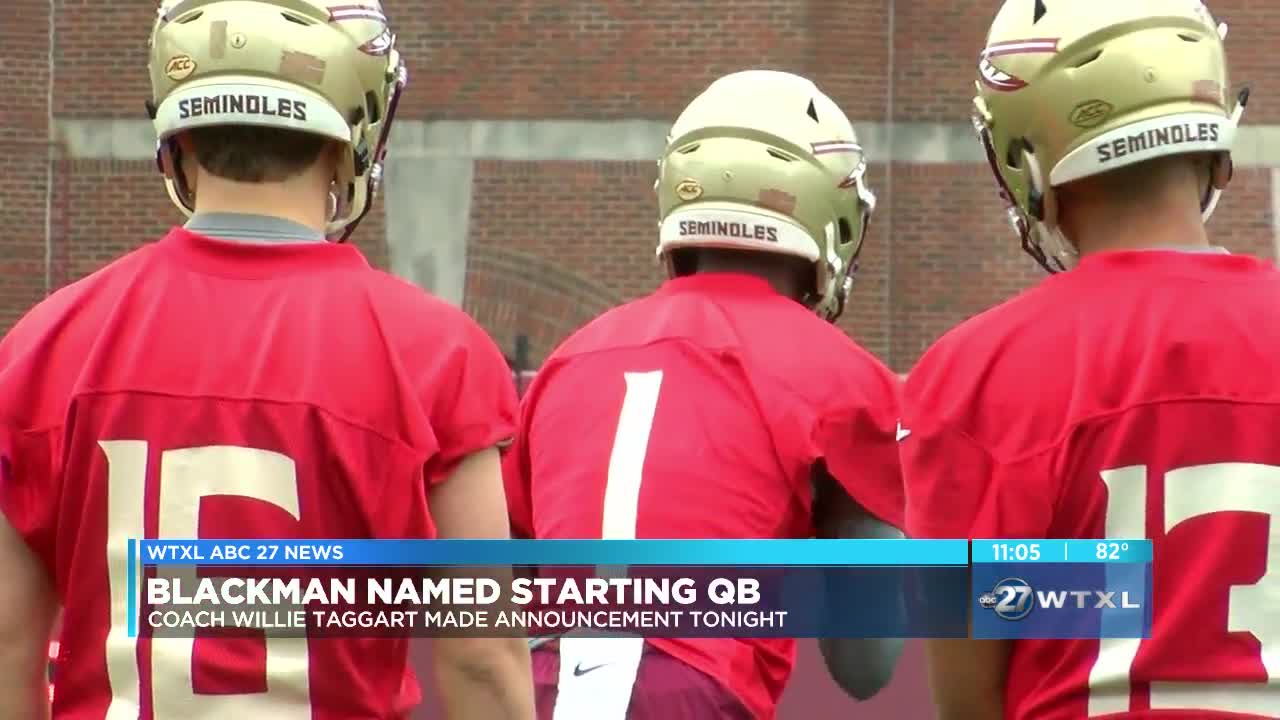 Last week at FSU Media Day, Coach Taggart promised that a starting quarterback would be named before the Boise State came. Blackman, a redshirt sophomore, started 13 games his freshman year. He threw for over 2,200 yards last season, which put him at third-most nationally among other quarterbacks in his grade. Blackman also accounted for 19 touchdowns in 2018.

Coach Taggart had said at media day that he had been very impressed with the quarterbacks vying for the starting role. "I've been impressed with all three guys. The competition going back and forth, and they all have gotten reps with the 1s and the 2s and to say what I said last week, to see those guys execute the offense, whether with the 1s or the 2s is really impressive."