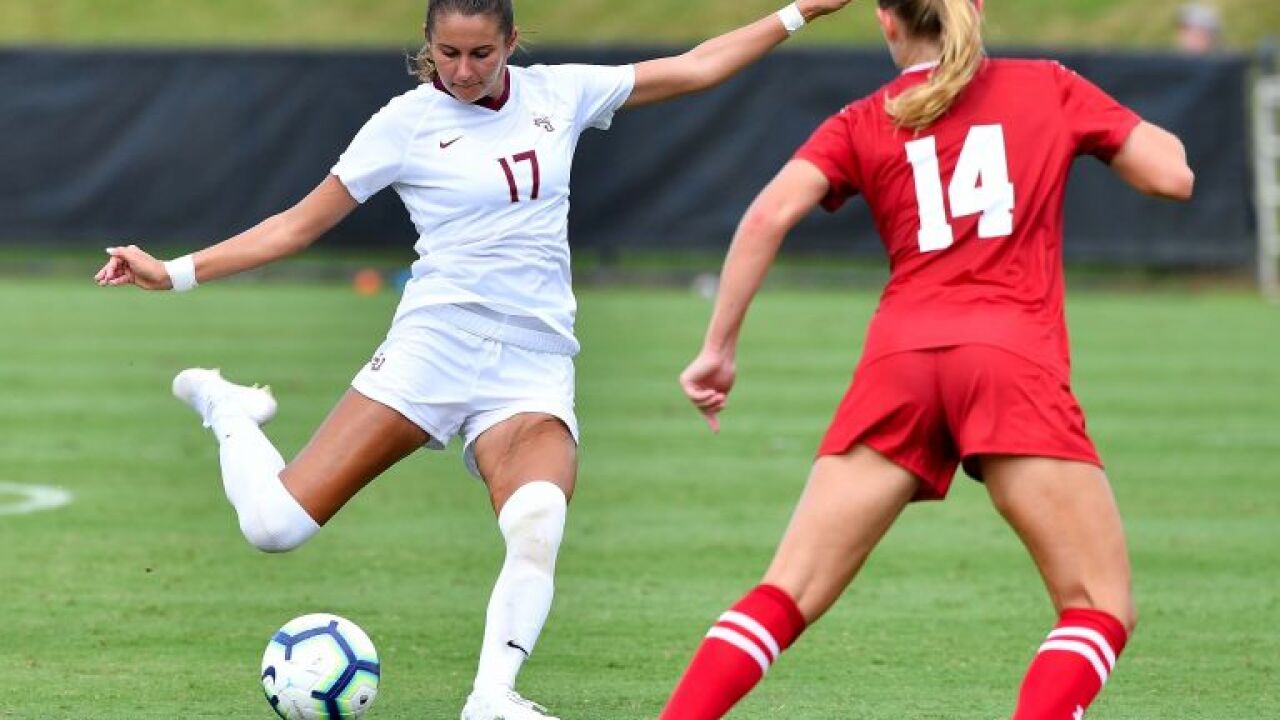 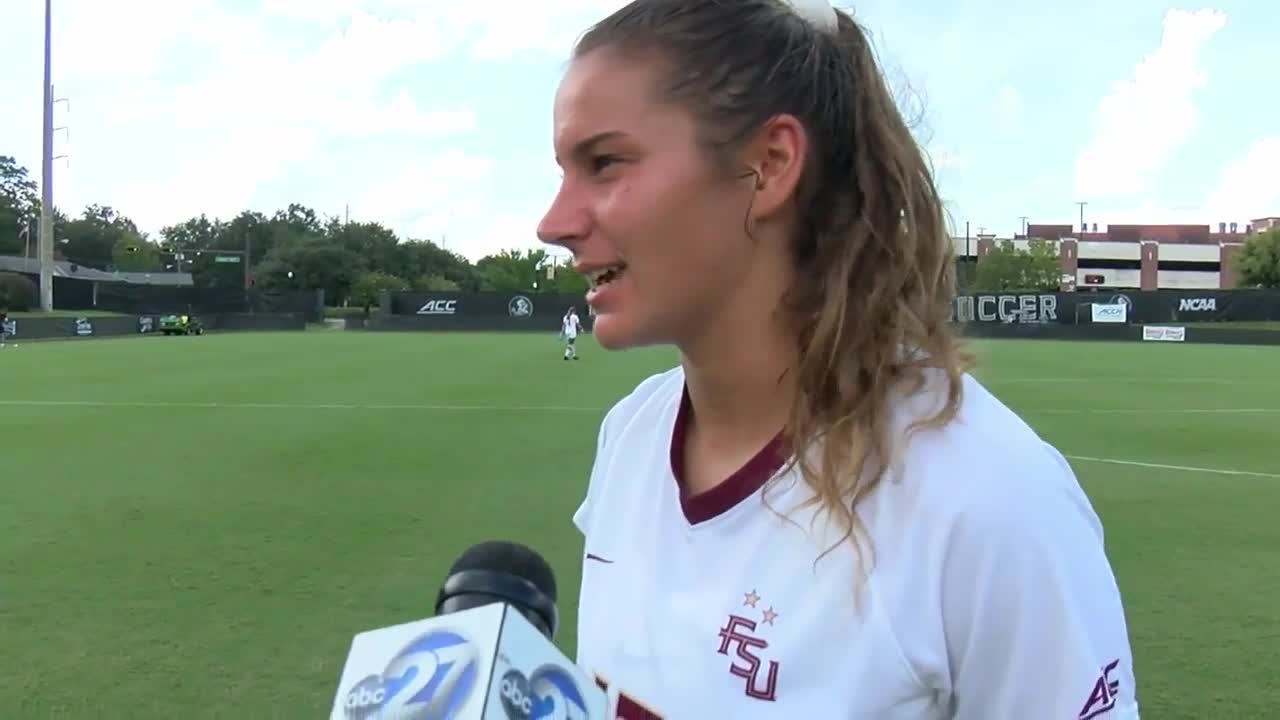 TALLAHASSEE, Fl. (WTXL) — In a physical battle, the top-ranked Florida State soccer team (2-0-0) came away with a 1-0 victory over the No. 16 Wisconsin Badgers (1-1-0). Redshirt Junior Malia Berkely came away with the golden goal with just over a minute left in the first overtime.

“You really hope you’re going to be in midseason form in the first weekend of the year, but you know you’re not going to be,” said head coach Mark Krikorian. “Part of it was the quality of Wisconsin. I don’t know if there are any teams in the country that are more organized or better coached than they are.”

The Noles maintained possession for 71 percent of the game but Wisconsin came away with eight shots, including four on goal. The Badgers took advantage when they had the ball outshouting Florida State four to three in the first half. Redshirt senior Caroline Jeffers came up big on those four shots, recording three saves and keeping the game scoreless.

“Caroline is a steady kid. I’ve said it from the beginning,” Krikorian said. “She’s steady in goal, she’s in the right positioning, she follows her script and she does all the little things properly and makes it a little easier for the rest of her team.”

The Garnet and Gold picked up the offense in the second half, getting off 11 shots, including three from sophomore Yujie Zhao and three from freshman Jenna Nighswonger. Even with all of those shot attempts, it was not enough as the game was tied at the end of regulation.

Just over eight minutes into the first overtime, Berkely had enough and launched a shot from around 25 yards that landed in the back of the net to give Florida State their second win of the early season. Her goal was assisted by freshman Heather Payne, for her first assist of the season after scoring a goal in the game against TCU on Thursday.

“I’m not sure there’s anyone in the world who wouldn’t claim that for their own goal,” FSU head coach Mark Krikorian said. “That was a top-class strike.”

Florida State heads on the road next week as they travel out west to California to take on two top-10 teams in UCLA and USC.