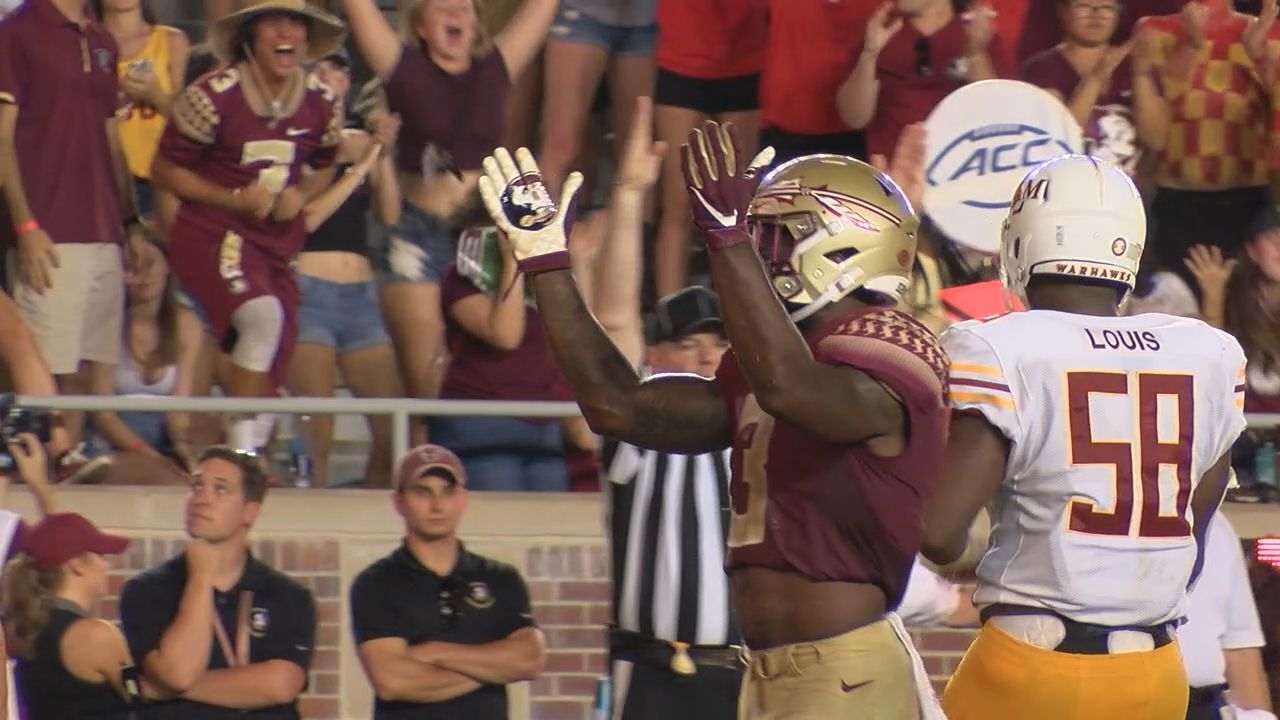 TALLAHASSEE, Fla. – Cam Akers ran for 193 yards and two touchdowns, added another 55 yards and a score through the air and Florida State outlasted ULM, 45-44, in overtime at Doak Campbell Stadium.

Akers’ 36th carry of the game – a new school record – was a touchdown that put the Seminoles on top in the first frame of overtime.

It proved to be the game-winner as ULM’s Jacob Meeks pushed an extra-point attempt wide right on the Warhawk’s ensuing drive following a touchdown.

Akers accounted for three touchdowns and 248 of the Noles’ 501 total yards.

The Seminoles improved to 3-3 all-time in overtime games and are undefeated in the extra periods in Tallahassee.

After evening its record to 1-1, FSU will next week take its first road trip of the season – a rare trip to Charlottesville, Va., to meet Virginia (7:30 p.m., ACC Network) in the first of eight consecutive ACC games.

Quarterback James Blackman completed 30 of 40 passes for 282 yards, three touchdowns and two interceptions, and helped lead the Seminoles to their most points in a game under coach Willie Taggart.