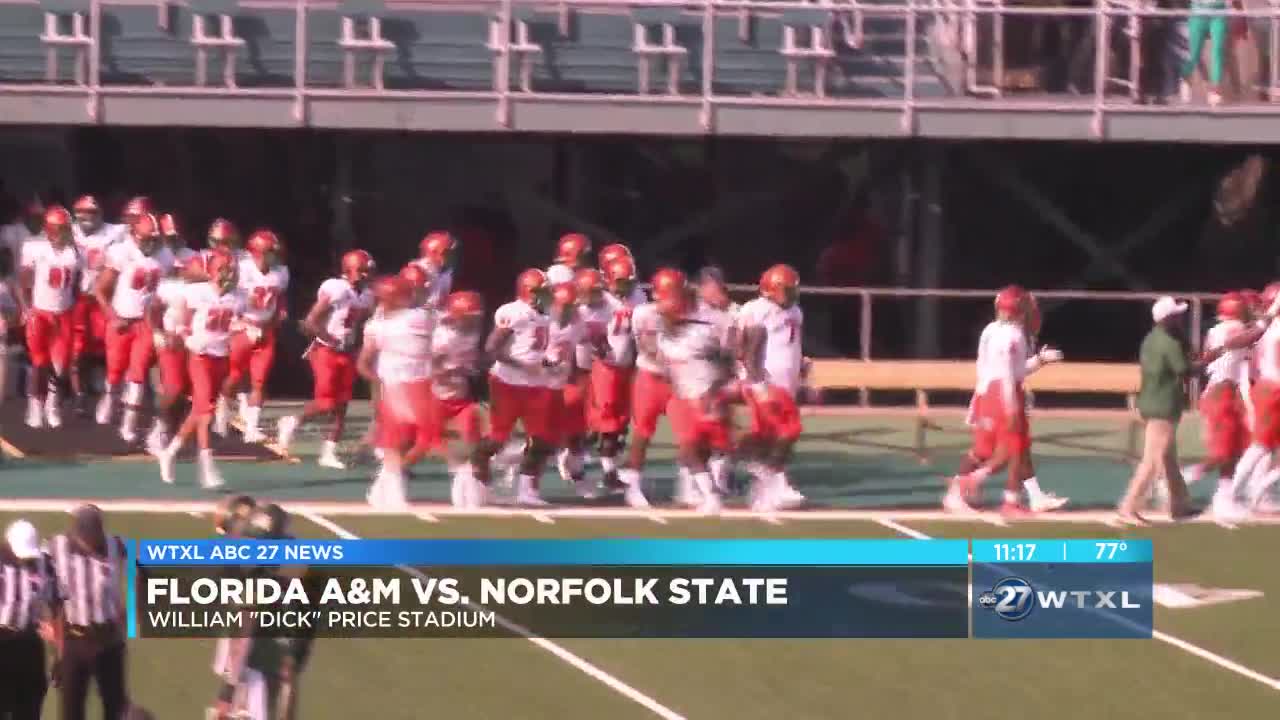 Norfolk State (1-4 overall, 0-1 MEAC) took the opening kickoff and marched 74 yards in 11 plays as Kevin Johnson scored on a 4-yard touchdown run to give the Spartans a 7-0 advantage with 9:48 remaining in the first quarter.

FAMU running back Bishop Bonnett accounted for 35 yards and Ryan Stanley completed a third and 10 for a 40-yard touchdown strike as David Manigo caught the ball and carried three NSU players into the endzone with 8:09 left in the opening quarter.

The Spartans used a 13-play, 83-yard drive, capped by a Gerald Hulett 2-yard touchdown run to break the 7-7 tie and give Norfolk State a 14-7 lead with just under eight minutes left in the first half.

The Rattlers answered the NSU scoring driving with a 9-play, 75-yard drive as Terrell Jennings scored on a 6-yard run, tying the game at 14 with 4:18 remaining in the second.

After a defensive stop, Florida A&M got the ball at its own 39 and went 49 yards in 11 plays as Yahia Aly booted a 30-yard field goal to give the Rattlers their first lead of the afternoon, 17-14, with 18 seconds left in the first half.

The Rattlers got the ball to open the second half as the drive stalled at the NSU 34. Aly added to the FAMU lead with a 52-yard field goal to extend the advantage to 20-14 with 11:30 remaining in the third.

Back came the Spartans as Norfolk State drove 73 yards in eight plays, capped by a Johnson 36-yard touchdown run, giving NSU a slim 21-20 lead with 7:16 left.

Florida A&M answered the scoring drive with an 11-play, 56-yard drive as Aly booted his third field goal of the day, a 37-yarder – to give the Rattlers a 23-21 advantage with 1:33 remaining in the third.

FAMU finally got some distance late in the fourth quarter as Cortez Reid picked off NSU quarterback Juwan Carter and the Rattlers turned the interception into seven points.

On fourth down from the NSU 6, Jennings busted up the gut for the touchdown, which gave the Rattlers a 30-21 lead with 4:16 remaining.

Norfolk State cut the deficit to 30-28 after Carter found Anthony Williams for a 26-yard touchdown with 1:08 left.

The Spartans attempted an onsides kick, but the ball rolled out of bounds and the Rattlers were able to run out the clock.

Florida A&M returns home on Saturday, Oct. 5 with a homecoming matchup against North Carolina Central. Kickoff against the Eagles is set for 2 p.m. from Bragg Memorial Stadium and the game can be viewed live on ESPN3. NCCU traveled to Morgan State on Saturday.