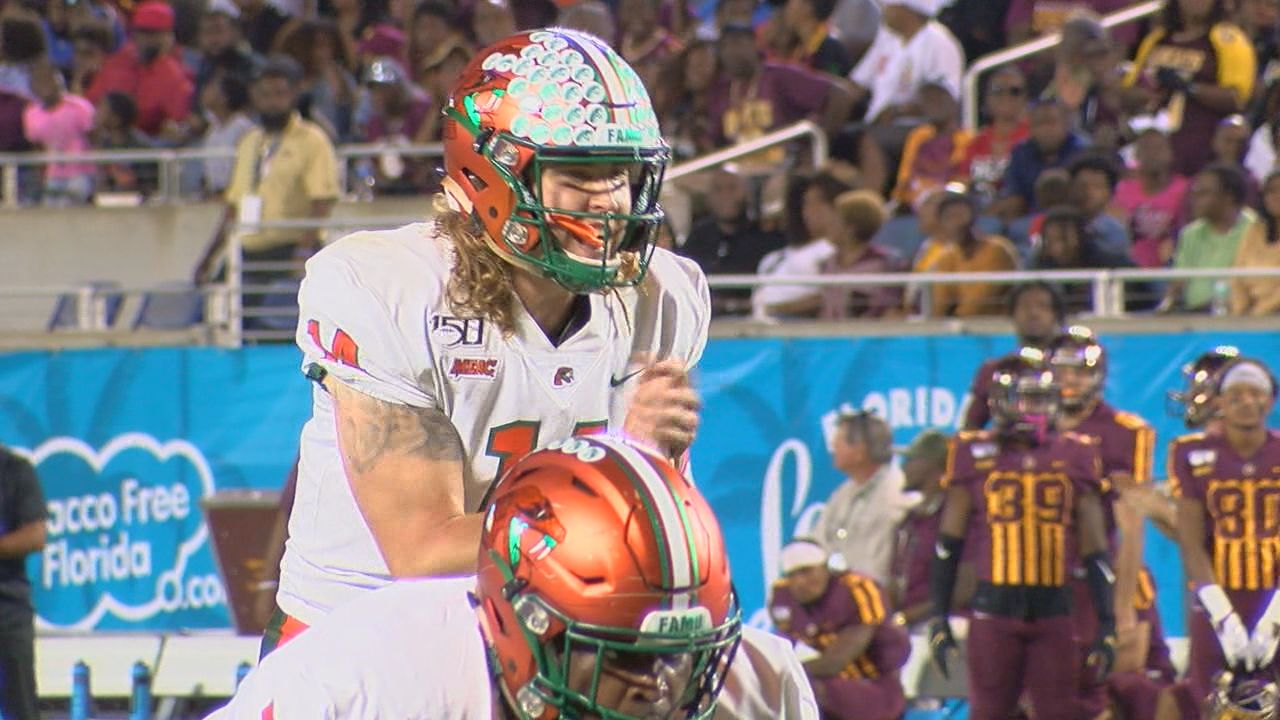 The Rattlers forced a defensive stop on the Wildcats’ opening drive, by Stanley, named FAMU’s Florida Classic MVP, was picked off by Trevor Merritt and returned 23 yards for the score, giving Bethune-Cookman a 7-0 lead with 7:18 left in the first quarter.

Florida A&M tied the game at 7 with 4:15 remaining in the opening period as Marcus Williams caught a 12-yard pass from Stanley, completing a 9-play, 76-yard drive.

Akevious Williams gave Bethune-Cookman a 14-7 lead on a 14-yard run with 12:11 left in the third and Steffon Francois scored on a 28-yard reception to increase the Wildcats advantage to 21-7 with 6:30 remaining in the half.

The two-score deficit was the first time Florida A&M had been behind by two scores since the season-opener at UCF.

On the ensuing FAMU drive, Stanley connected with David Manigo for a 28-yard scoring strike, but the PAT was no good as the Rattlers cut the deficit to 21-13 with 5:45 left.

Florida A&M took advantage of an interception and cashed the turnover into points as Azende Rey scored on a 2-yard run to trim the margin to 21-20 with 10:33 remaining in the third.

However, a Stanley fumble resulted in three points for the Wildcats as Jonathan Thomas booted a 25-yard field goal with 14:13 left in the fourth quarter to give BCU a 24-20 lead.

Florida A&M responded with an 8-play, 58-yard drive as Rey caught a 4-yard touchdown pass from Stanley on fourth down to give the Rattlers a 27-24 advantage with 11:01 remaining.

On what would be Bethune-Cookman’s final scoring drive, a sack by Elijah Richardson forced the Wildcats into a second-and-25 from the BCU 41. On the very next play, Williams connected with Francois for 44 yards and Washington punched in the game-winner from 15 yards on the next play to give the Wildcats the 31-27 lead.

FAMU would have one final opportunity, but on fourth-and-3 from FAMU 48, Stanley was picked off by Devin James to seal the Wildcats victory.