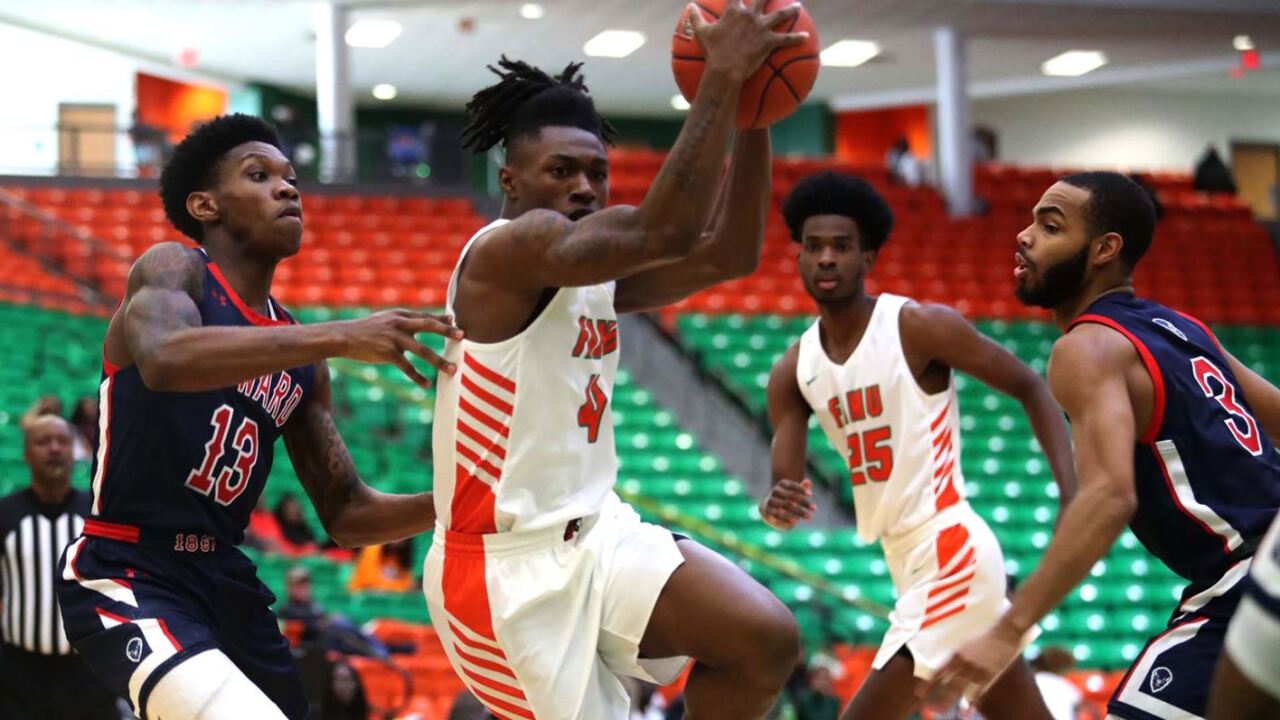 Florida A&M (10-14 overall, 8-5 MEAC), which had yet to drop a game in the month of February, could not withstand a big second-half by Maryland Eastern Shore in falling on the road. The Hawks (5-21, 4-7) won for the second straight game and completed the Florida sweep after defeating Bethune-Cookman, 66-58, on Saturday.

Melton paced the Rattlers with 24 points, on 9-of-13 shooting, including 4-of-8 from 3-point range. He also added four rebounds and four steals. Randolph tied a career high with 21 points, two boards, two steals and one assist.

How It Happened
Maryland Eastern Shore grabbed a 10-9 advantage after a 3-pointer by Glen Anderson with just under 14 minutes left in the first half.

The Rattlers used an 11-4 run over the next six minutes to grab a 27-20 advantage after an Evins Desir jumper with 5:28 left.

However, Maryland Eastern Shore closed the half strong with an 11-4 run as the two teams entered the break tied at 31.

The Hawks began the second half strong and took a 40-34 lead after a Da'Shawn Phillip layup with 15:40 remaining, but the Rattlers battled back, closing the gap to 49-47 after a Nasir Core layup with 11:04 left.

Maryland Eastern Shore responded with a with a short 6-0 run, capped by a Phillip 3-pointer as the Hawks extended the lead to 55-49.

An AJ Cheeseman layup with 6:18 left stretched the UMES advantage to 63-54, but FAMU cut the margin to 65-58 after a bucket by MJ Randolph.

The Hawks continued to push the advantage and extended the lead to 72-58 with just over three minutes to play.

The deficit proved to be too big as the Rattlers dropped their first contest in the month of February.

News and Notes
> Maryland Eastern Shore extended its win streak in the series to four straight games
> The Rattlers saw its four-game win streak snapped
> Florida A&M has faced two nationally-ranked programs so far this season – #10 Seton Hall and No. 21 Tennessee
> FAMU picked up a signature victory on Dec. 31 against Iowa State (70-68)
> The Rattlers have only played six of their 22 games at home this season
> Florida A&M has travelled 27,776 miles this season

Up Next
Florida A&M returns home to take on Norfolk State on Saturday. Tip-off at the Al Lawson Center for Salute to Service Day is set for 4 p.m.