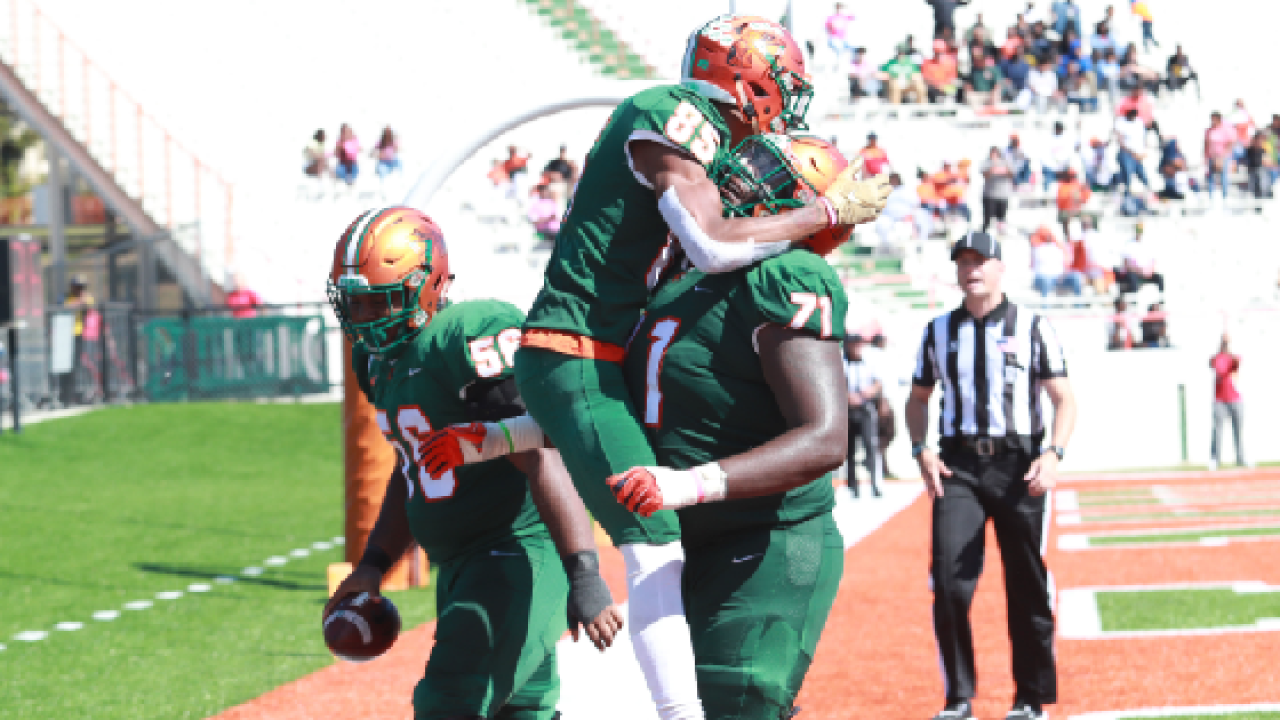 The Rattlers boast an 11-game schedule, including six games inside the Sunshine State, with four of those six games against Mid-Eastern Athletic Conference (MEAC) opponents.

“We’re excited to announce the much-anticipated 2020 football schedule, and about the product we know we will put on the football field, coming off a Black College Football National Championship and a 9-2 record,” Vice President and Director of Athletics Kortne Gosha said.

Florida A&M, which went 9-2 overall and a MEAC best 7-1 last season, will play three of its first four games inside the Sunshine State. The Rattlers’ lone road trip during the first month will be their second game of the season, a trip to Baton Rouge, La. To face off against Southern.

The Rattlers, who were named the Black College Sports Network National Champions, finished the 2019 season ranked as FAMU finished No. 24 in the STATS FCS Top 25 and No. 25 in the FCS Coaches Poll. Florida A&M head coach Willie Simmons will be seeking his third straight winning season.

“We’re very excited about the release of our 2020 football schedule,” Simmons said. “Starting the season with the renewing of the Orange Blossom Classic in Miami Gardens and ending the regular season in Orlando with the Florida Blue Florida Classic, this year’s slate is packed with quality opponents. Another bonus is that the best fans in the nation will get to visit some great cities.”

The Rattlers have played in the Orange Blossom Classic a record 46 times, including the last appearance, a 31-7 victory over Grambling State in 1978. FAMU has compiled a 26-19-1 record in the classic, including eight straight and enters the Sept. 5 matchup against the Golden Rams with an 11-3 overall series mark. The last time these two teams met was during the 1993 season, with Albany State picking up a 14-6 victory.

The Rattlers continue their rivalry with Southern on Sept. 12 in Baton Rouge, La. Florida A&M won the 2019 matchup with a thrilling come-from-behind 27-21 victory at Bragg Memorial Stadium and will be seeking its second consecutive win over the Jaguars. The Rattlers lead the all-time series 33-26-1 and will be looking for their first win at A.W. Mumford Stadium since 2008, when FAMU edged SU, 52-49.

Florida A&M will have its 2020 home opener on Sept. 19 as South Carolina State visits Bragg Memorial Stadium. The Rattlers ended a 14-game losing streak to the Bulldogs last season as FAMU came from behind in the final minutes to defeat South Carolina State, 42-38. Florida A&M holds a 30-25-2 all-time mark in the series.

The Rattlers conclude the two-game homestand the follow week with a Sept. 26 contest against Norfolk State. Florida A&M holds the all-time mark, 13-3, and held off a very pesky Spartans team last season, 30-28.

FAMU begins a stretch of two of the next three weekends in North Carolina as the Rattlers visit North Carolina Central on Oct. 3. Florida A&M will be seeking its third straight win over the Eagles as FAMU defeated NCCU during the 2019 homecoming game, 28-21, at Bragg Memorial Stadium. The Rattlers hold a 7-4-1 edge in the all-time series.

Florida A&M will make the trip to Orlando, Fla. the following weekend and step outside of conference play as FAMU visits Central Florida on Oct. 10. The two teams met for the first time since 1987 last season with the 17th-ranked Knights picking up a shutout victory, 62-0, at Spectrum Stadium. The all-time series is tied at 1.

The following week sets up a showdown with two of the best teams in the conference over the past few years as Florida A&M will travel to Greensboro, N.C. to take on rival North Carolina A&T State on Oct. 17. The Rattlers are seeking their third straight win over the Aggies. Florida A&M, which owns a 44-18-3 overall record in the series, defeated North Carolina A&T State, 34-31, in overtime last season.

The Rattlers return home for the final time on Oct. 24 in the 2020 homecoming game as FAMU plays host to Morgan State. Not only will the day be marked as homecoming, but the program will also hold Senior Day. Florida A&M picked up a 24-12 victory last season in Baltimore, Md. and improved to 21-8 all-time against the Bears.

Florida A&M will play its final three games away from home, starting on Halloween (Oct. 31) at Delaware State. The Hornets are looking for their first win over the Rattlers since 2013, while Florida A&M holds the all-time series mark, 19-6. FAMU defeated DSU last season at Bragg Memorial Stadium, 52-30.

After an open week, the Rattlers return to the field on Nov. 14, in the Nation’s Capital, to face off against Howard. Florida A&M ended its five-game losing streak to the Bison last season with a 39-7 home victory on Senior Day. FAMU holds the 27-11 all-time record over Howard.

The final regular season game will be on Nov. 21 as Florida A&M and Bethune-Cookman meet in the 41st Annual Florida Blue Florida Classic at Camping World Stadium in Orlando, Fla. The Rattlers and Wildcats played a thriller last season as Florida A&M came up just short in a 31-27 loss. The Bethune-Cookman victory cut the classic deficit to 20-19 as Florida A&M holds the all-time series mark at 49-24-1.

“We do not have a postseason ban this year, so we’re excited about the opportunities we have, excited about the schedule and the venues we will play in and excited to start this road to another Black College National Championship,” Gosha said.

Fans can get their first look at the team at 2 p.m. on Saturday, March 28 when the Rattlers host their annual Spring Game.