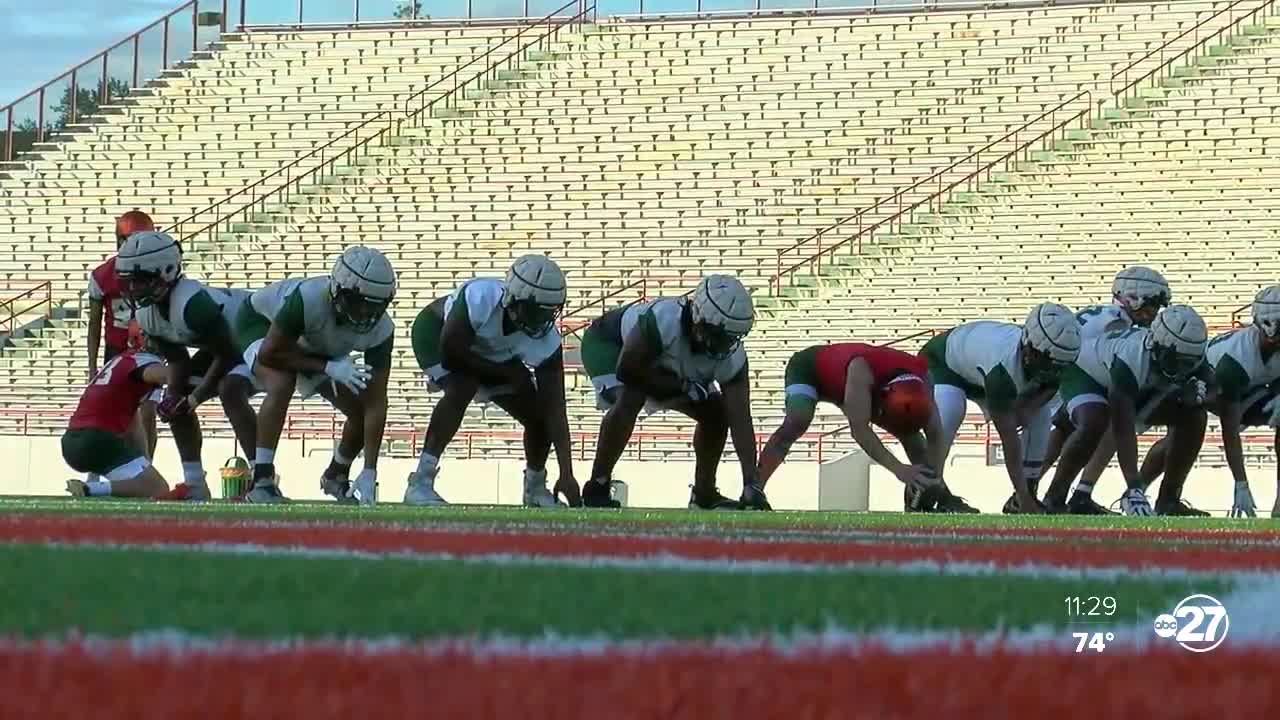 Florida A&amp;M University has had an exciting few weeks. They hired Shalon Pillow, the new women's head basketball coach, they announced a move from the MEAC to the SWAC, and Friday we learned there's a plan in place to get athletes back on campus so sports can resume this fall.

TALLAHASSEE, Fla. (WTXL) — Florida A&M University has had an exciting few weeks. They hired Shalon Pillow, the new women's head basketball coach, they announced a move from the MEAC to the SWAC, and Friday we learned there's a plan in place to get athletes back on campus so sports can resume this fall.

The NCAA is allowing six weeks of preseason instead of four and head football coach Willie Simmons said the first wave of students will come in later this month.

Upon arrival, students will be tested, will condition, have film study and participate in team meetings.

The official report date is August 9, which is when gear can come out for practice, and Simmons said he can't wait to get started.

"Really looking forward to getting the young men back," Simmons said. "Obviously we didn't get to finish spring practice. We only got five practices in but, through those five practices, we saw a lot of promise. Lot of promise for this football team but, obviously a lot of work ahead of us, but we finally have a plan to get going and that's encouraging."

Simmons said four guys are battling to replace Ryan Stanley at quarterback and, if they had to play today, Godby grad Reseason McKay would probably take the first snap.

Both men's basketball coach Robert McCullum and women's coach Pillow were on the Zoom call as well.

McCullum and the Rattlers are coming off an undefeated season at home. Pillow is excited to get in the gym with her new team. Both ready to get back to work.

"It's the excitement of having change," said Pillow. "Anytime there's change, there's sometimes a little reservation about it. Our girls are ready to jump in."

"The guys are really hungry," McCullum said. "Unfortunately, for the last two years we were not able to participate in the MEAC postseason tournament with two teams that we felt strongly could have made our presence felt. We're really anxious to get back and looking forward to the preparation of what we think will be an outstanding season."

The Florida A&M softball team is getting a new synthetic field and a new scoreboard. The hope is to have it done by the start of the season.