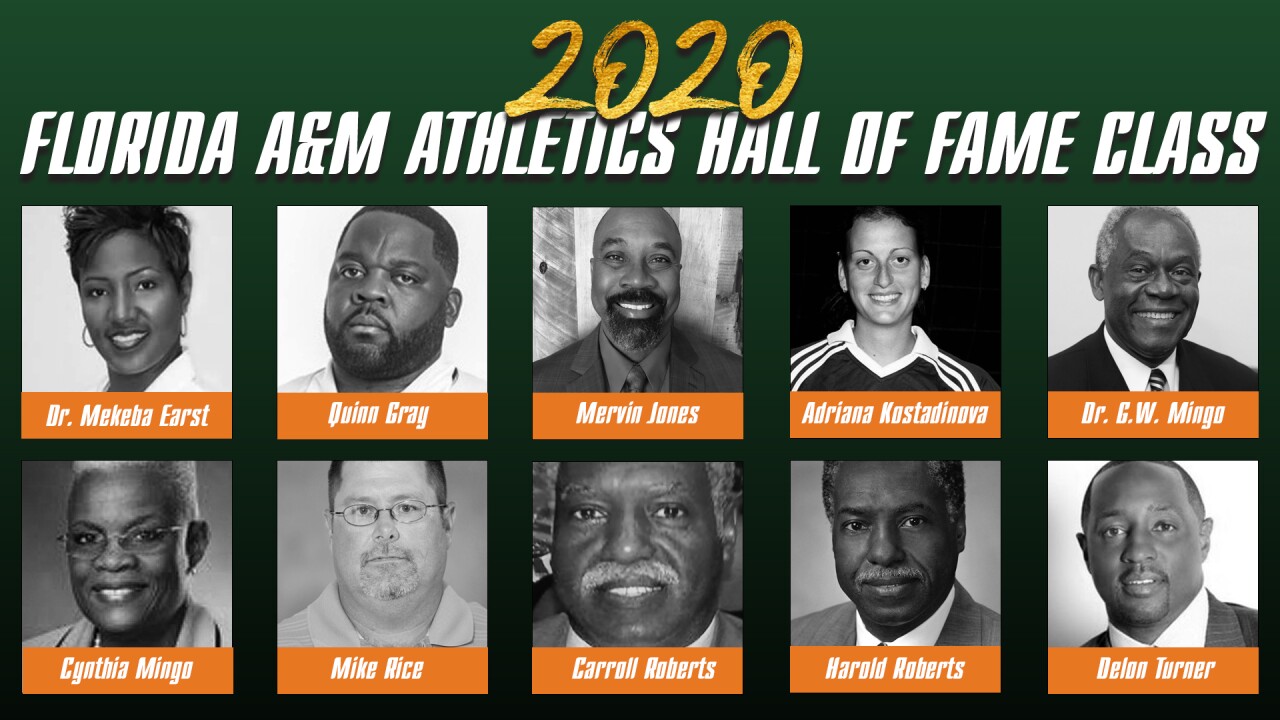 The new inductees include seven former student-athletes and three contributors.

The class will be honored during the Rattlers’ home opener against South Carolina State on Sept. 19 and a formal ceremony will be held at a later date.

Preston “Mike” Rice, Men’s Golf (1997-2000). A men’s golfer extraordinaire, Rice was a four-time All-America, who was also a three-time FAMU team MVP, and two-year team captain. He was the linchpin for the Rattlers’ 2000 National Minority Championship Team, finishing that event as the Top Individual Medalist, shooting a FAMU school record 10 under par 278.

Dr. Makeba Earst, Tallahassee, Florida. Dr. Earst has rendered dental services to FAMU students, along with being a financial contributor through the FAMU Boosters since 2007. A FAMU alumnus, Earst has won several awards for community service and her generous donations to Athletics and FAMU.

Dr. Gwenuel W. and Mrs. Cynthia K. Mingo,Gainesville, Florida. The Mingos are very active in FAMU alumni activities, as Life Members of the National Alumni Association. They are greatly involved in the local Gainesville community, and are also dedicated financial contributors to FAMU Athletics as Champion Builders. Their involvement with Athletics includes providing support to Rattler teams visiting the area (cold water, Gatorade, fruit); sponsoring team meals, as well as traveling to numerous away contests.