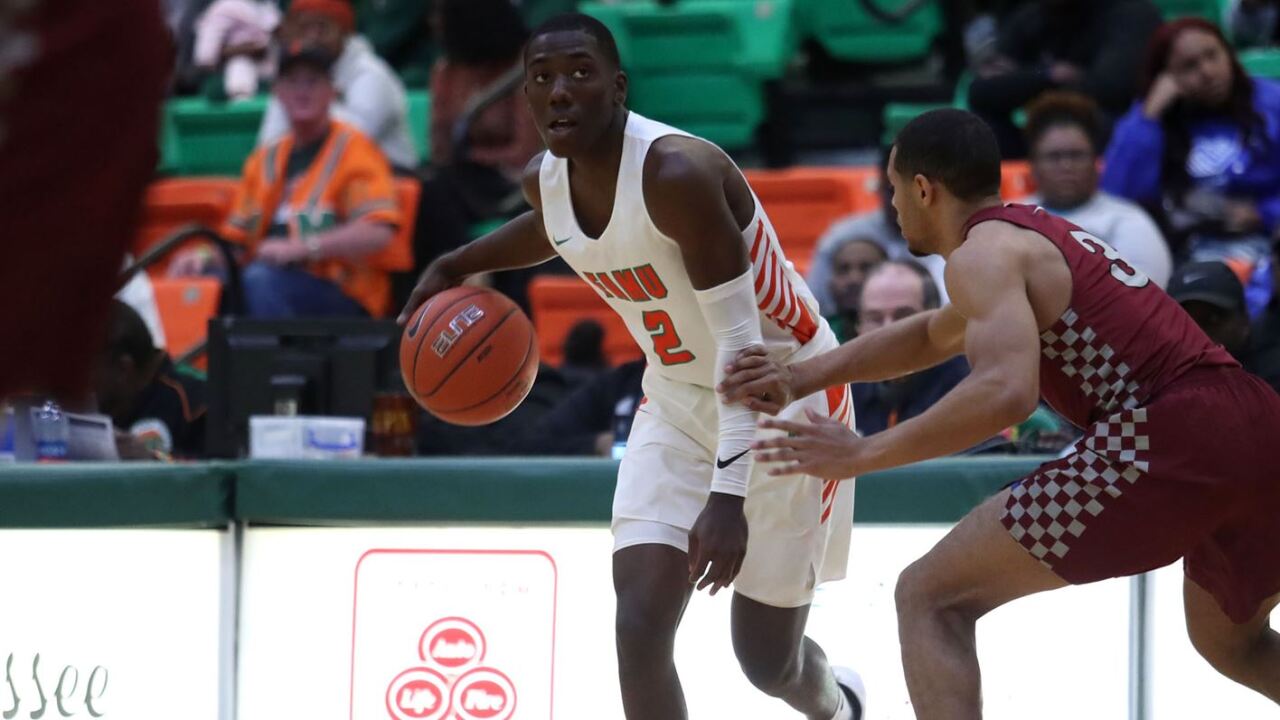 CJ Keyser led North Carolina Central (7-12, 3-2) with 13 points, six rebounds, one block, one steal and one assist. Jibri Blount, the MEAC's top scorer, was held in check as he finished with 12 points and eight boards. Deven Palmer added 12 points, while Jordan Perkins chipped in 11.

How It Happened
Florida A&M took an early 11-6 lead after a Core free throw and extended the margin to 25-14 after a 3-pointer by Melton with 5:32 remaining in the first half.

The Rattlers pushed the margin to 27-15 after a Kamron Reaves jumper with 1:49 left, but a bucket by Deven Palmer cut the deficit to 27-17 right before the break.

Florida A&M continued to extend the advantage as Core connected on a three-point play to give the Rattlers a 25-18 lead with 16:15 remaining.

The Eagles got as close as seven points, 62-55, with 1:31 left, but a free throw by MJ Randolph and a jumper by Melton sealed the FAMU win

News and Notes
> The Rattlers improved to 15-8 at home during the Robert McCullum era
> Florida A&M has faced two nationally-ranked programs so far this season – #10 Seton Hall and No. 21 Tennessee
> FAMU picked up a signature victory on Dec. 31 against Iowa State (70-68)
> The Rattlers have only played three of their 17 games at home this season

Up Next
Florida A&M returns to action on Saturday with a trip to Washington, D.C. to face off against Howard. Tip-off against the Bison is set for 4 p.m.