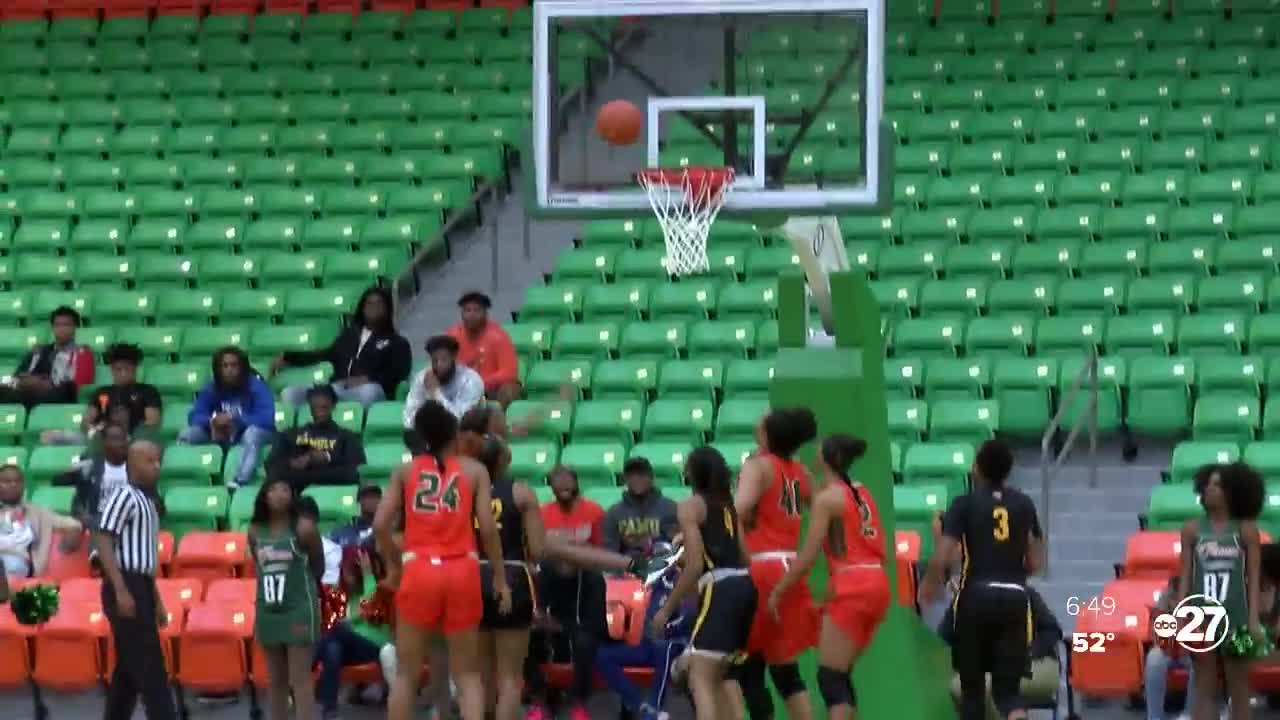 TALLAHASSEE, Fl. — The Florida A&M University women's basketball team trailed by four at the break, but could not slow down a hot-shooting Bethune-Cookman squad in the second half as the Lady Rattlers fell, 78-57, in a Mid-Eastern Athletic Conference (MEAC) game on Saturday afternoon at the Al Lawson Center.

How It Happened
Bethune-Cookman scored the first six points of the game, but Florida A&M rallied and trailed, 23-16, after one quarter.

The Lady Rattlers closed the deficit to 25-23 after a pair of free throws by Kayla Massop with 7:07 remaining in the second period and FAMU trailed, 27-26, as Regan Anderson completed a three-point play with 6:12 left.

Florida A&M took a 28-27 lead after a Massop layup with just over five minutes remaining in the half, but the Lady Wildcats closed out the period on an 8-3 run to take a 35-31 lead into the break.

Bethune-Cookman opened the third quarter on a 12-2 run, capped by a Kiana Williams layup with 6:59 left in the period and took a 58-44 advantage into the final quarter.

The Lady Wildcats extended the margin to 70-46 after a Williams bucket with 5:35 remaining and the Lady Rattlers could not answer as Florida A&M dropped the home contest.

Inside the Numbers
> Florida A&M shot 35.8 percent (19-of-56) from the floor and 75.0 percent (15-of-20) from the charity stripe
> Bethune-Cookman was 31-of-62 (50.0 percent) from the field and 16-of-20 (80.0 percent) from the foul line
> FAMU registered 40 rebounds, with 26 coming on the defensive end
> BCU pulled down 29 rebounds, including 22 on the defensive glass
> The Lady Rattlers recorded 28 points in the paint, 16 bench points, 16 second-chance point, two points off six BCU turnovers and two fastbreak points
> The Lady Wildcats finished with 52 points in the paint, 28 points off 22 FAMU turnovers, 23 bench points, 12 second-chance points and eight fastbreak points

Up Next
Florida A&M will return to action on Feb. 8 against Howard at the Al Lawson Center. Tip-off against the Bison is set for 2 p.m. and will be for SGA Appreciation day.