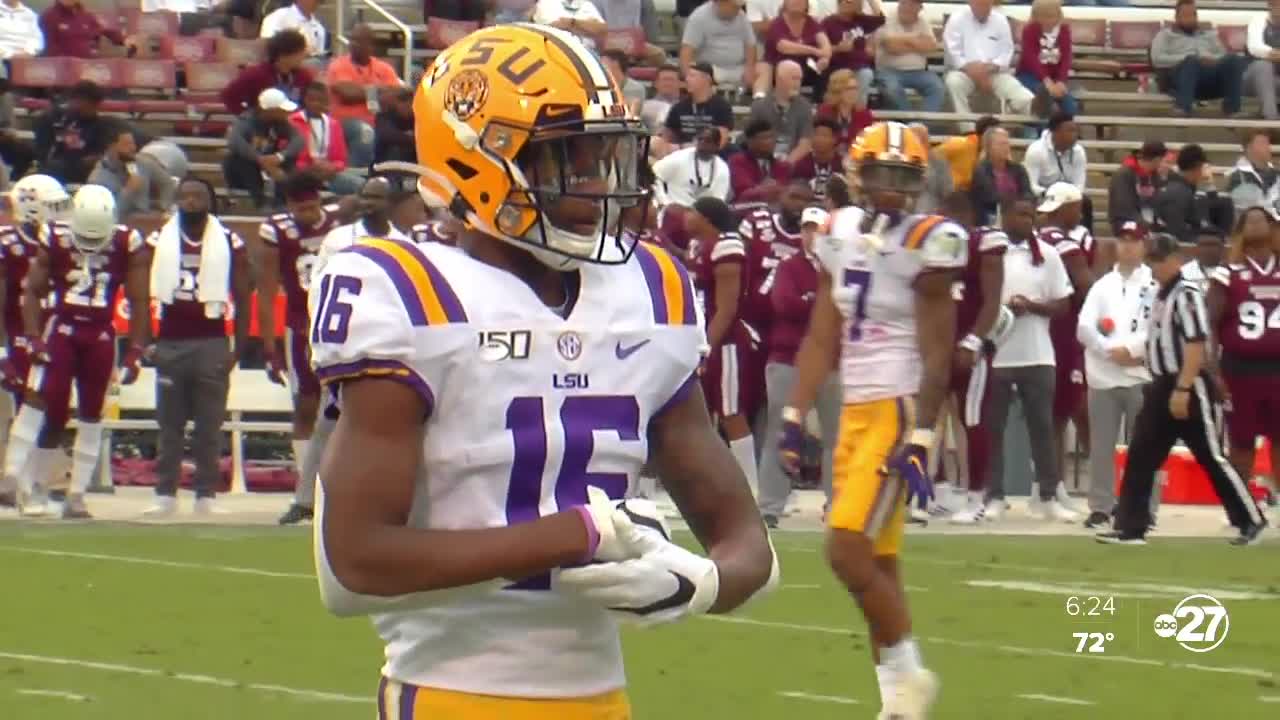 Dextra Polite looks back on his time coaching Jay Ward, a former Colquitt County packer. Ward was a cornerback under Polite.

"He made my job easy. He did what I asked him to do. He made plays, which is what you need to do in the corner position," he reflected. "You've got to make plays out there because everyone will see your mistakes. He did a great job. One of the main things I told him off the field, you just have to be a man. The decisions you make affect a lot of people."

Ward's decision to attend LSU fooled a lot of people.

"A lot of us thought he was going to go to Kentucky because that's where he was committed too," laughed Polite. "But then at signing day, he pulled the LSU out and I was like well he made his decision. It's a decision you have to live with, and I think he made a great choice."

It was a great choice that now has him playing for a National title, even if his old coach is rooting for that other Tiger squad.

"I'll have my old players that I coached the early 2000's, they're supporting Jay. I'm glad of that. I support Jay, but I'm against him right now," he laughed.