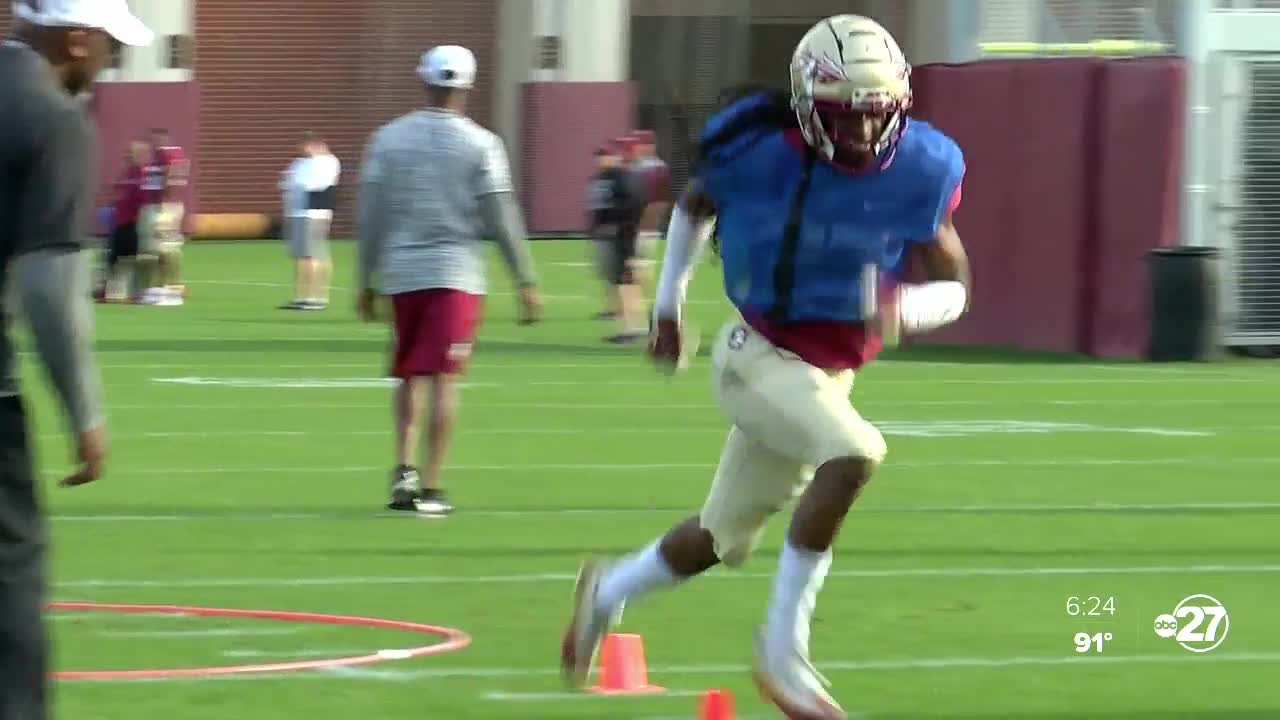 As strange as the last few months have been, Norvell said he's been impressed with what he's seen from the Seminoles the last few weeks.

FSU's football team hasn't won a season opener since 2016 and this year, they open with Georgia Tech on September 12.

This team went 3-9 last season and the Seminole's new head coach, Mike Norvell, is looking to get started with on the right foot.

As strange as the last few months have been, Norvell said he's been impressed with what he's seen from the Seminoles the last few weeks.

The NCAA approved an additional two weeks for teams to hold walk-throughs thanks to shortened spring practices and Norvell said the Noles have taken full advantage.

Losing spring practice a big deal, which is why he can't wait to get to work on Friday and get the guys reps on the football field.

Without spring practice, a lot rides on the next month.

The big question on everyone's mind is who will start at quarterback this fall? The Noles have two freshmen competing, James Blackman and Jordan Travis.

"I've had an opportunity to watch James and Jordan and tate, those guys that were here in the spring, three times I got to see them throw a football. That's where we're at. With Chubba coming in this summer, I still have not. We're waiting for tomorrow to go out on the field and see what takes place."

For the first time since 1957, the Seminoles won't face Florida.

The University announced Thursday that Doak Campbell Stadium will only be at 20-25 percent capacity following CDC guidelines.

For more information on the updated schedule, click here.