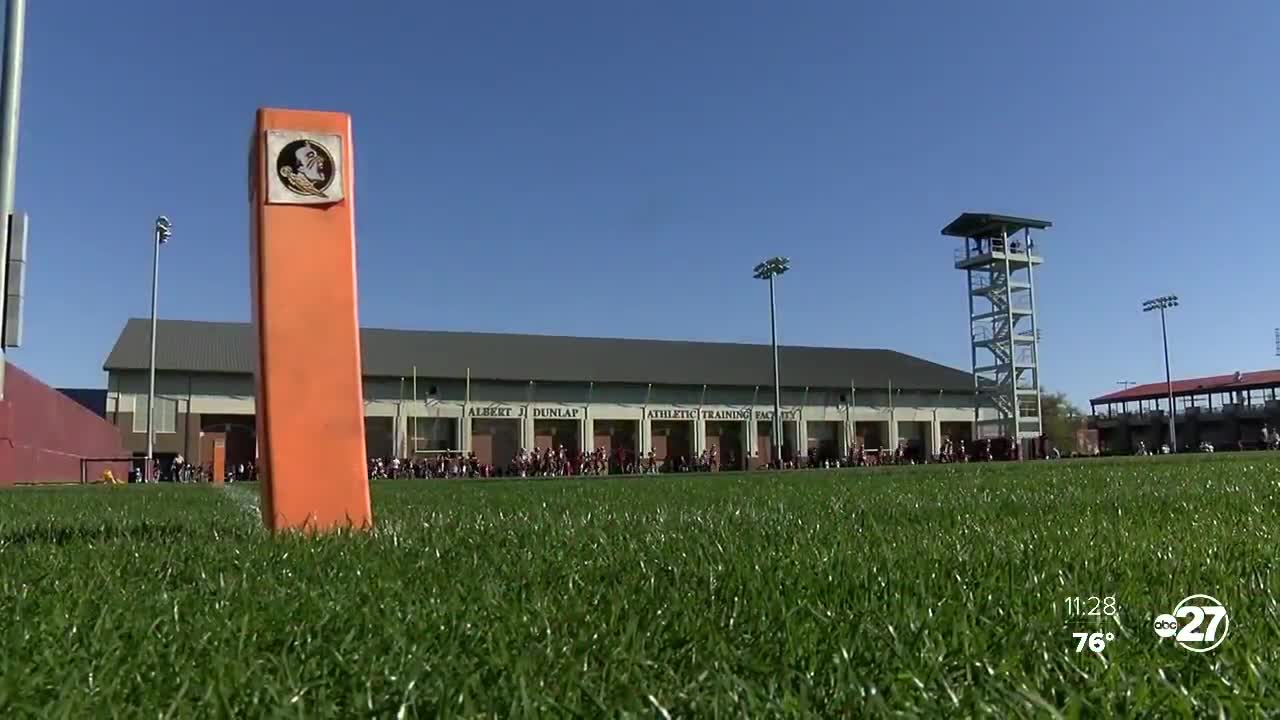 Since then, it's been a lot of virtual meetings, a lot of the guys working out at home, and hoping to see each other sooner than later.

It's not an ideal situation by any means, but everyone in the country is in the same boat.

Florida State University head football coach Mike Norvell said this adversity is something he hopes the team can get stronger from.

"We have an opportunity to grow from this, as does everybody else if we take advantage of it," said Norvell. "Everybody in the country is going through the same adversity. The response to this is what's going to determine who's going to grow from it. That's where, I can't tell you what that's going to look like. We're encouraging all the right movements and what I think it's going to take to be successful, but right now it's still a work in progress. But each and every coach is making that decision each and every day."

All games will air on Friday nights over the next five weeks at 7 p.m.

The five games that Seminole Sports Properties will re-air include:

All five games will air in Tallahassee on Friday nights on 103.1 FM “The Wolf.”

The broadcasts will be archived on Seminoles.com and the FSU Game Day App.

On the flip side, the Valdosta State football team finished spring practice, one of the few teams in the country to do so.

While they got practice in, they're still in the same situation as the rest of the country, meetings by web conference for the foreseeable future.

It's a new normal, at least for a little while, although Valdosta State head football coach, Gary Goff admits the people who want him back to work the most are probably his family.

"I've heard them tell me multiple times, I'm not their coach," said Goff. "We've had our, the Goff family, has had our workout routines. Every family member gets to pick out the workout on their team. They don't like Coach Goff telling them they're doing that wrong or they're not going fast enough. It's kind of comical in that sense."

Both Coach Goff and Coach Norvell did say all the family time is definitely a perk of being in quarantine for right now. Both are positive about the future and ready to get back to work when the time comes.