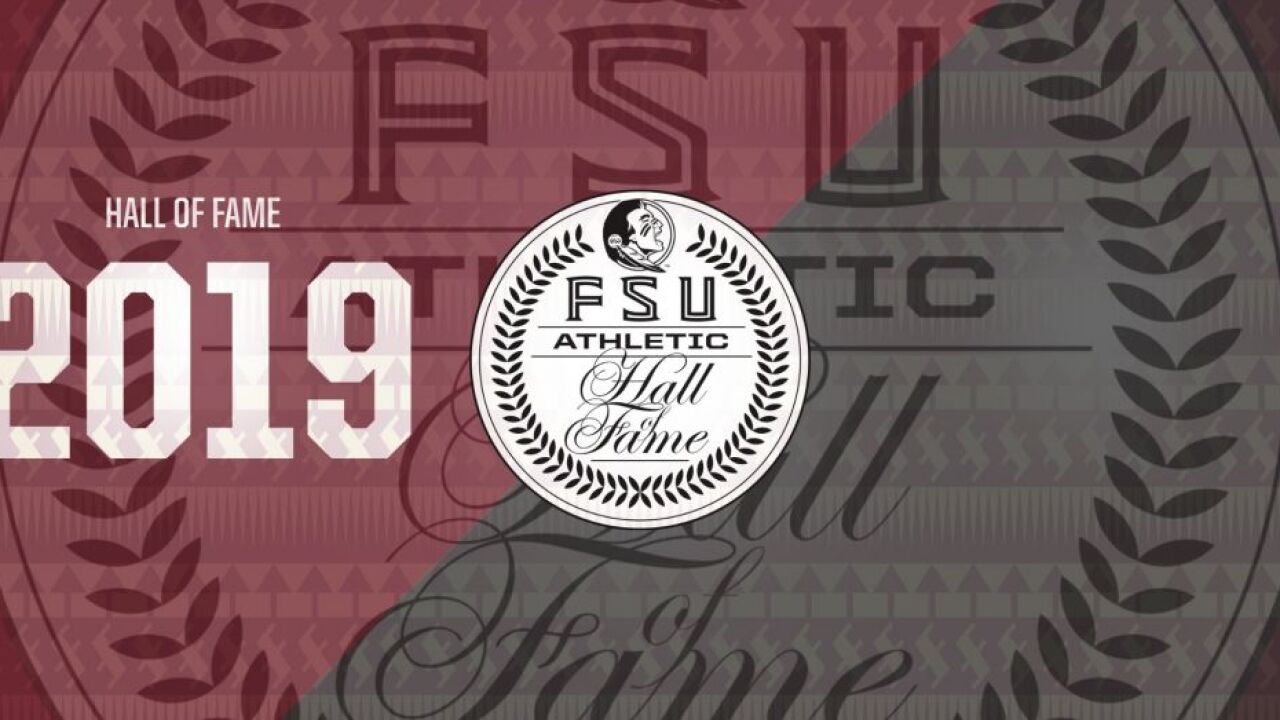 Martin, who retired after 40 years as the Seminole’s baseball coach following FSU’s College World Series appearance this month, is the winningest coach in any sport in NCAA history. He is one of two former FSU baseball players in the 2019 class joining All-American Dick Nichols who starred on the diamond from 1968-70.

The annual induction ceremony will begin at 5:30 p.m. at Florida State’s University Center Club the night before the Seminole’s home football game against ULM. A limited number of tickets are available to the public for $75.00 via email at fsuhalloffame@gmail.com or by calling the FSU Varsity Club at 850-644-1123.

Mickey Dillard (1978-80) – A four-year letter winner who still ranks fourth in school history with 1,734 career points nearly 40 years after his career ended in 1981. He was a member of two NCAA Tournament teams (1978 and 1980). He averaged a career-high 20.5 points per game as a redshirt junior in 1980 – the 15th best single-season average in school history. Dillard is ranked third in school history for career field goals (643) and free throws made (448) and tied for ninth in steals (165). He was selected All-Metro Conference as a junior and a senior.

Susan Kuijken (2006-09) – The most decorated women’s distance runner in FSU history, Susan Kuijken is the Seminoles only four-time cross country All-American and was a five-time All-American on the track. The Nijmegen, Netherlands native won NCAA titles in the 2008 Indoor 3000-meter and the 2009 Outdoor 1500-meter runs and owns FSU records in both events. She led FSU to three consecutive top-three NCAA cross country finishes, and she led the Noles to five ACC team titles. Kuijken represented the Netherlands in the 5000- and 10,000-meter runs at the Rio Olympic Games.

Mike Martin (1980-2019) – A legend if there ever was one, Mike Martin is not only the winningest coach in college baseball history with 2,029 victories, but he is the winningest coach in NCAA history in any sport. Martin starred for the Seminoles as a player from 1965-66 and was an assistant coach from 1975-79 before taking over as head coach for the next 40 seasons. Already inducted into the College Baseball Hall of Fame, Martin took the Seminoles to the College World Series a record 17 times. FSU reached 40 or more wins and made the NCAA Tournament every year under Martin, and he led the Noles into the NCAA Tournament each year. He coached 18 first round draft picks, four Golden Spikes winners, two Dick Howser Trophy winners, 94 All-Americans and 141 All-ACC selections.

Dick Nichols (1968-70) – Dick Nichols starred as a second baseman and outfielder for the Seminoles from 1968-70. The Jacksonville, Fla. native was a three-year letter winner and two-year starter. He led the Seminoles’ in hitting in both 1969 (.336) and 1970 (.338) and finished with a career .336 batting average. He was the leadoff hitter for the 1970 team that reached the championship game of the College World Series. He was a first-team All-America selection by The Sporting News and a second-team selection by the American Baseball Coaches Association. He stole a team-high 34 bases and hit a team-high six triples in 1970.

Rick Stockstill (1979-81) – Rick Stockstill was the starting quarterback for Bobby Bowden’s 1980 and 1981 football teams. Bowden credits the Fernandina Beach, Fla. native for his leadership and toughness in guiding the Seminoles as they emerged as a national power. Stockstill led the 1980 team to a 10-2 record and No. 5 final ranking in the Associated Press poll. The 1980 Orange Bowl pitted No. 2 FSU against No. 4 Oklahoma giving the Noles a chance at the national title, but the Sooners won 18-17. Stockstill remains in FSU’s career Top 25 in touchdowns (26), passing yards (2,834) and total offense (2,616) among others.

Caroline Westrup (2006-09) – Caroline Westrup is the only four-time All-American in FSU golf history. She led the Seminoles to four consecutive NCAA Tournaments and earned All-ACC honors throughout her collegiate career. She won five individual tournament championships and led the team to four team titles. She posted a career-low score of 66 five times over her career, which is one short of the school record. She joined the Ladies European Tour in 2011 and the LPGA Tour in 2014. She won the 2015 Sioux Fall GreatLife Challenge Tournament in 2015.