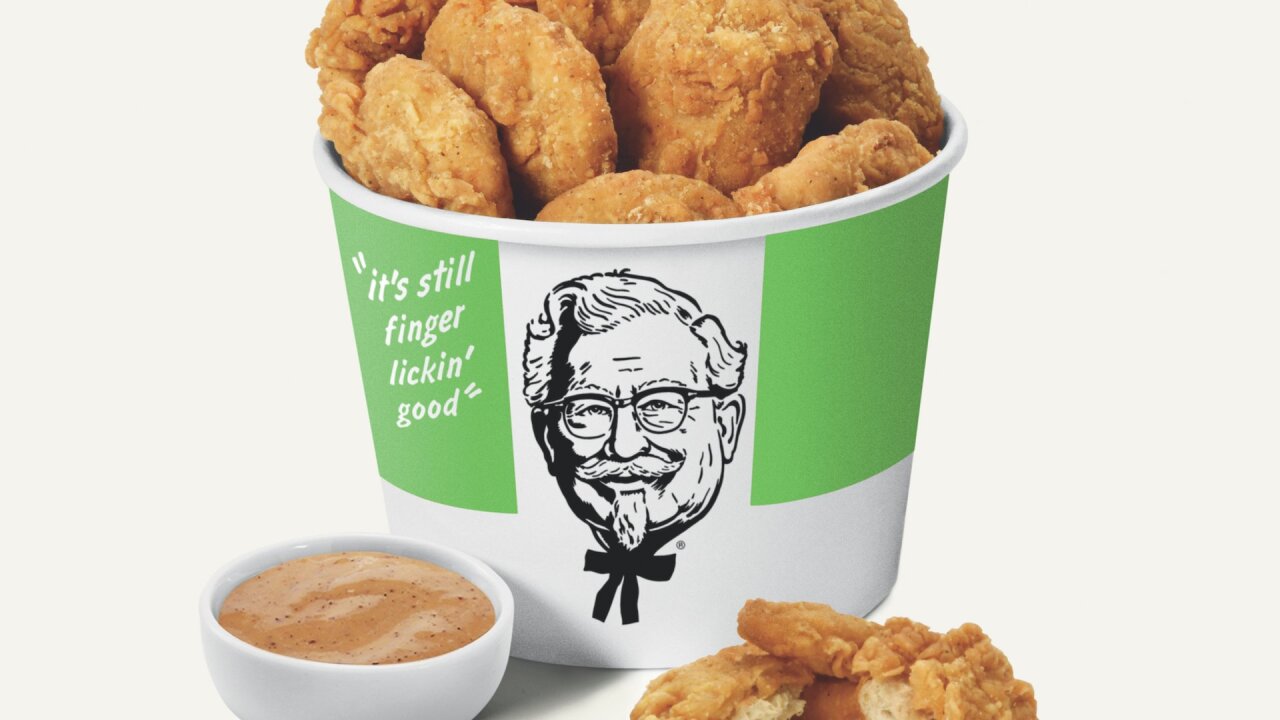 The chicken chain says it is testing Beyond Fried Chicken on Aug. 27. Customers will receive a free sample when they place an order. However, it will only be available at one location in Atlanta, Georgia, according to Business Insider .

If the alternative chicken is well received, they may test it at other locations or launch it nationally.

Plant-based meat alternatives have been making inroads into the fast-food and casual-dining markets over the last 2 years.

Del Taco and Qdoba offers tacos made with Beyond Meat; Blaze Pizza offers a vegan spicy chorizo as a topping; Dunkin' has the Beyond Breakfast Sandwich; and Little Caesars offers the Impossible Supreme Pizza.

Note: Not all restaurants around the country offer the alternative items

Beyond Meat's stock has surged since its initial offering in May, according to CNN Business .

According to a 2018 food report by Baum and Whitman, 30 percent of Americans have meat-free days and about 83 percent are adding more plant-based foods to their diets.

People are choosing alternative products because they either believe they are healthier or they refrain from eating meat due to ethical or religious reasons. Some people also choose to follow a plant-based diet in an effort to reduce their carbon footprint and eliminate greenhouse gas emissions.

KFC will offer Beyond Chicken as nuggets or boneless wings, each available in 6- or 12-piece combo meals.

In its advertising, KFC says that the alternative chicken is "still finger lickin' good."