'This is a real good time to be in the space business,' NASA astronaut says 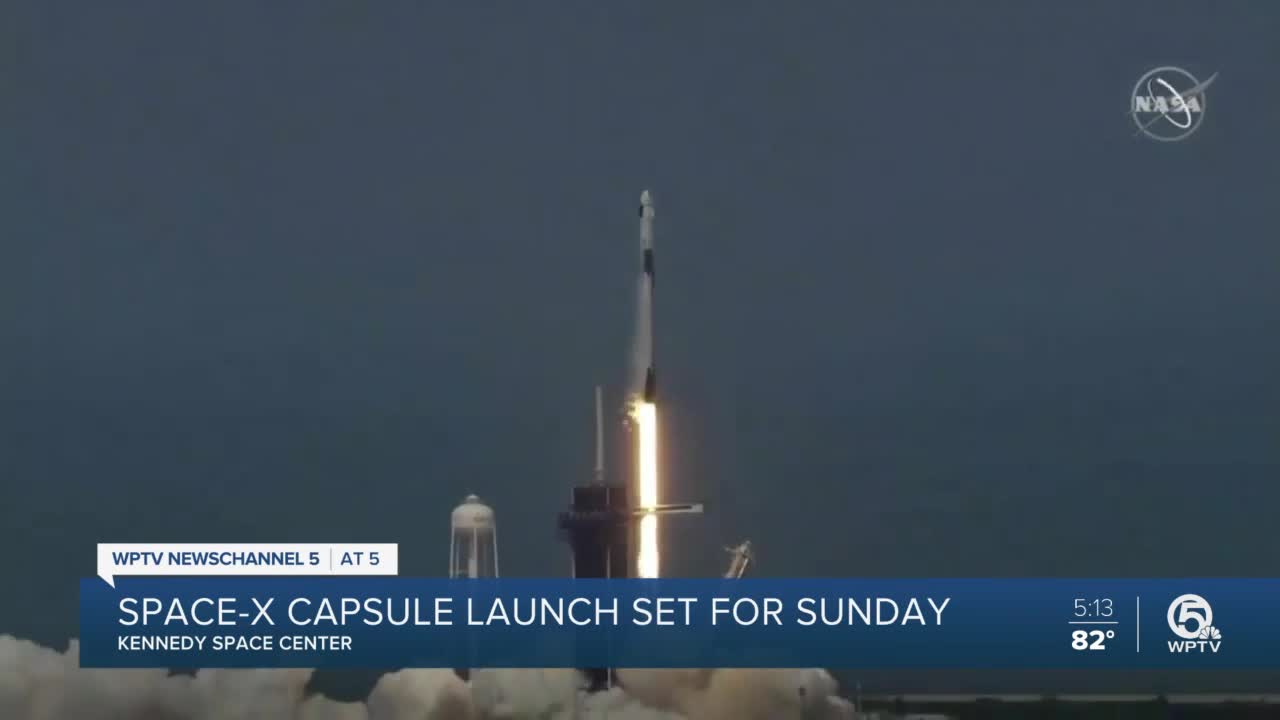 The privatized era of spaceflight is set to launch Sunday evening from Kennedy Space Center.

Elon Musk's SpaceX will be attempting its first official manned-mission with NASA, after a historic final test flight in May.

If all goes according to plan, the Crew Dragon capsule will lift from launchpad 39A at 7:27 p.m. The flight was originally planned for Saturday evening, but windy conditions forced a delay.

"Teams completed the final major review today for NASA's SpaceX Crew-1 mission that will launch from the agency's Kennedy Space Center in Florida to the International Space Station," NASA officials wrote on their online blog. "At the conclusion of the review, NASA and SpaceX agreed to target launch for 7:27 p.m. EST Sunday, Nov. 15, due to onshore winds and first-stage booster recovery readiness."

Onboard the spacecraft will be four astronauts bound for the International Space Station: Michael Hopkins, Victor Glover and Shannon Walker of NASA, and astronaut Soichi Noguchi of the Japan Aerospace Exploration Agency. Together they will become the first true passengers of privatized spaceflight.

For those staying on the ground, the excitement is reaching an apex. Tia Stark, a Titusville resident, has seen about every SpaceX launch from Florida's Space Coast.

"It's like a dream come true to be living over here -- just stepping outside my home," she said. "You just see an orange rocket glow going in the sky. It’s fantastic. It’s beautiful."

It is beautiful and beneficial to the nation's space program.

"This is a real good time to be in the space business," said Col. Mike Fincke, a NASA astronaut.

Fincke says Sunday will mark the beginning of what he hopes will be a long relationship with SpaceX, and eventually, Boeing. The two companies will act as outer space taxi services, flying routine missions for clients like the federal government, taking people and supplies to low-Earth orbit.

Fincke said NASA will then be free to do what it's known for -- giant leaps.

"We can take our focus and put it on going to the moon and going to Mars," Fincke said.

Privatization has been in the works for 10 years. Dale Ketcham, a Space Florida vice president, said it's helped boost Florida’s economy.

"Particularly after the economic calamity that befell us with the retirement of the shuttle," Ketcham said. "We’ve grown so dramatically."

The commercial program helped create 8,700 new Florida jobs. It increased the tax base of nearby towns, almost doubling Titusville's. The advancement also contributed to about $1.7 billion in capital investments.

"Florida is going to be -- not the only place we go into space -- but unless we screw up really badly, it's going to be the primary location," Ketcham said.

It's an exciting time for Florida and Floridians as the future of manned space flight gets ready for liftoff.