'It occupies a niche that we wanted to fill,' Asst. Secretary for Health Admiral Brett Giroir says 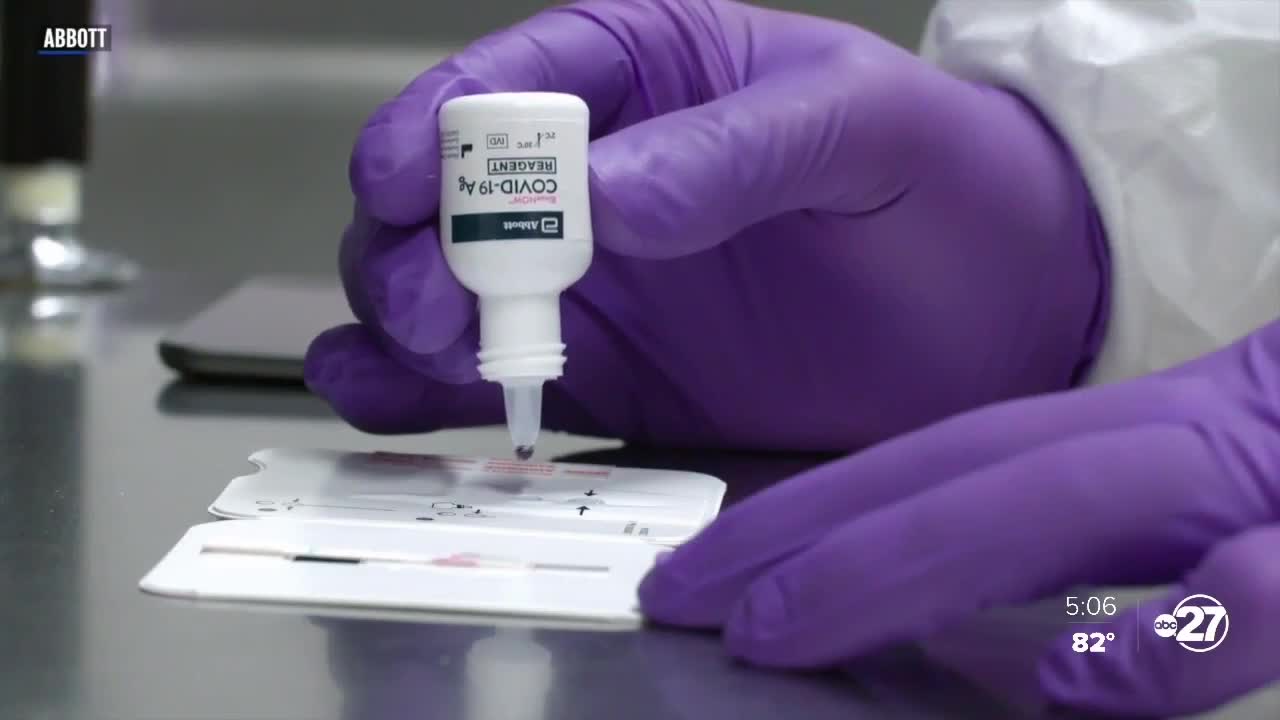 Florida will continue to receive a steady flow of a new COVID rapid tests with Federal health officials saying the the state will be getting about 6.5 million BinaxNOW tests in total.

Florida will continue to receive a steady flow of new COVID-19 rapid tests.

That's according to federal health officials, who said Tuesday the state will be getting about 6.5 million BinaxNOW tests total through the end of the year.

The antigen tests are less invasive and don't need a lab to get results in 15 minutes or less.

U.S. Health and Human Services Assistant Secretary Admiral Brett Giroir said Florida will have received about 2.3 million of the tests from his department by week's end. About 800,000 have gone to long-term care and other congregate facilities, with nearly 1.7 million to schools, first responders and more.

"It doesn't replace everything else," said Giroir, in a press call with reporters. "It occupies a niche that we wanted to fill -- the rapid, point-of-care, cheap, highly-available and potentially eventually home-based testing."

Florida's allotment of tests is part of 150 million the federal government is handing out across the country. Officials said they will reevaluate whether another round is needed before supplies run out at the end of the year.

For now, Giroir expects the new test will ensure national supplies are enough to meet demand after a testing shortage this summer. That is when Floridians experienced long lines at testing centers and long waits for results.

"We're going to have as many as 48 million a month of these," said Giroir. "This really changes our entire diagnostic ecosystem."

The Food and Drug Administration green-lit emergency use of the tests in August, but it didn't have time to study them fully. The limited federal research available suggests BinaxNOW is about as accurate as PCR lab tests for people with symptoms. The test's effectiveness for those without symptoms is less certain, according to Florida epidemiologists.

"I think there is a lot more to be learned about these tests," said Mary Jo Trepka, a professor and epidemiologist at Florida International University. "I think people need to be really careful if they're getting negative tests."

Trepka warns not to treat the results as golden. She encourages those who test negative using BinaxNOW to continue taking precautions until researchers gain a better understanding of the Abbott product.

"Stick to the primary prevention of staying 6 feet apart from other people," Trepka said.