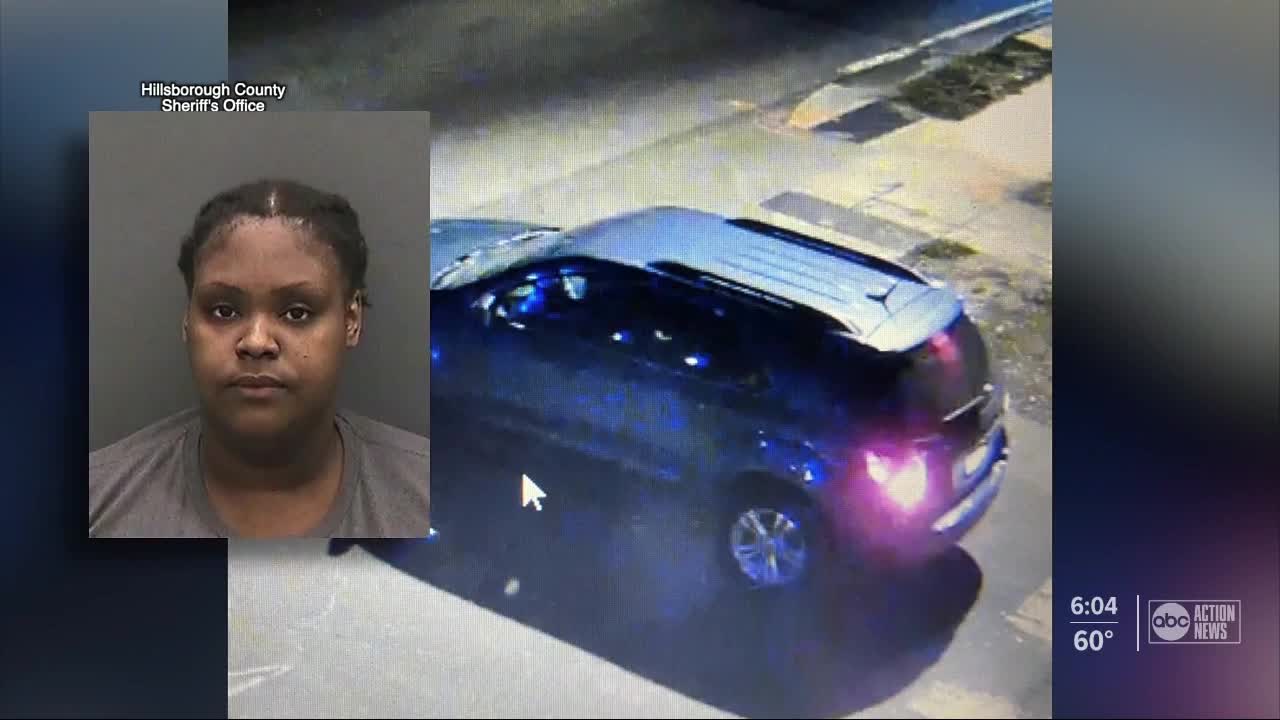 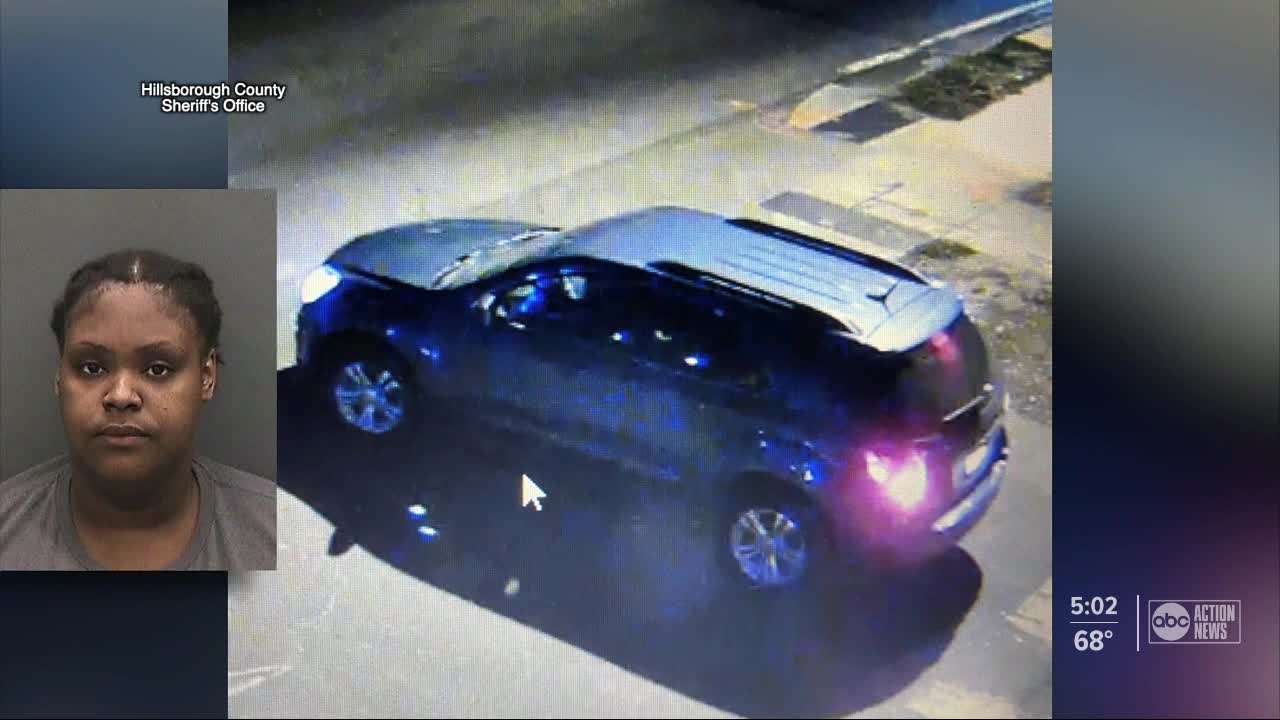 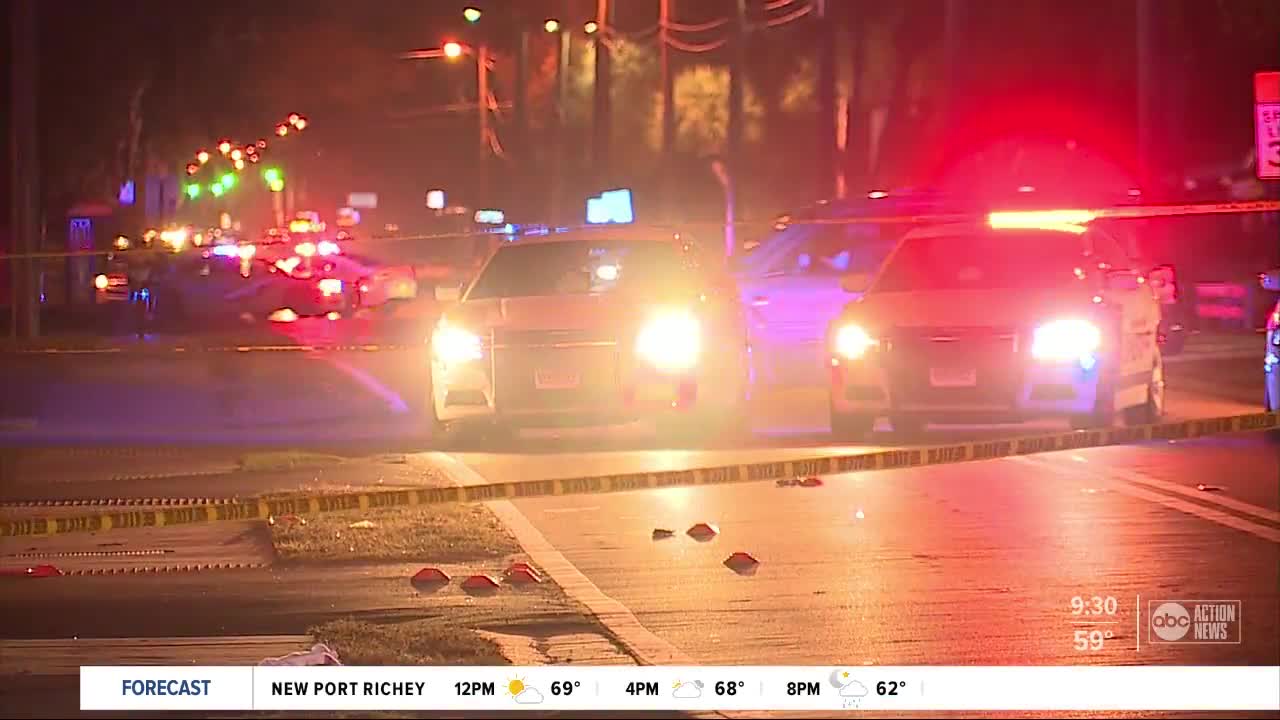 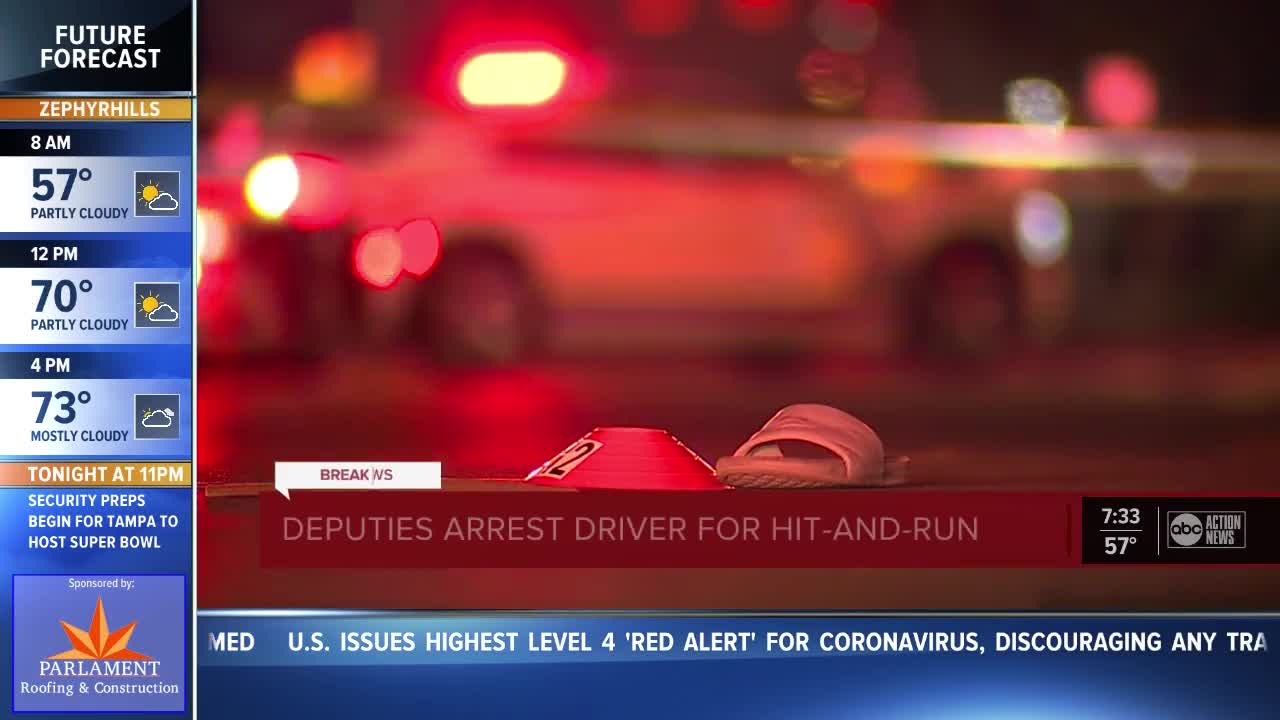 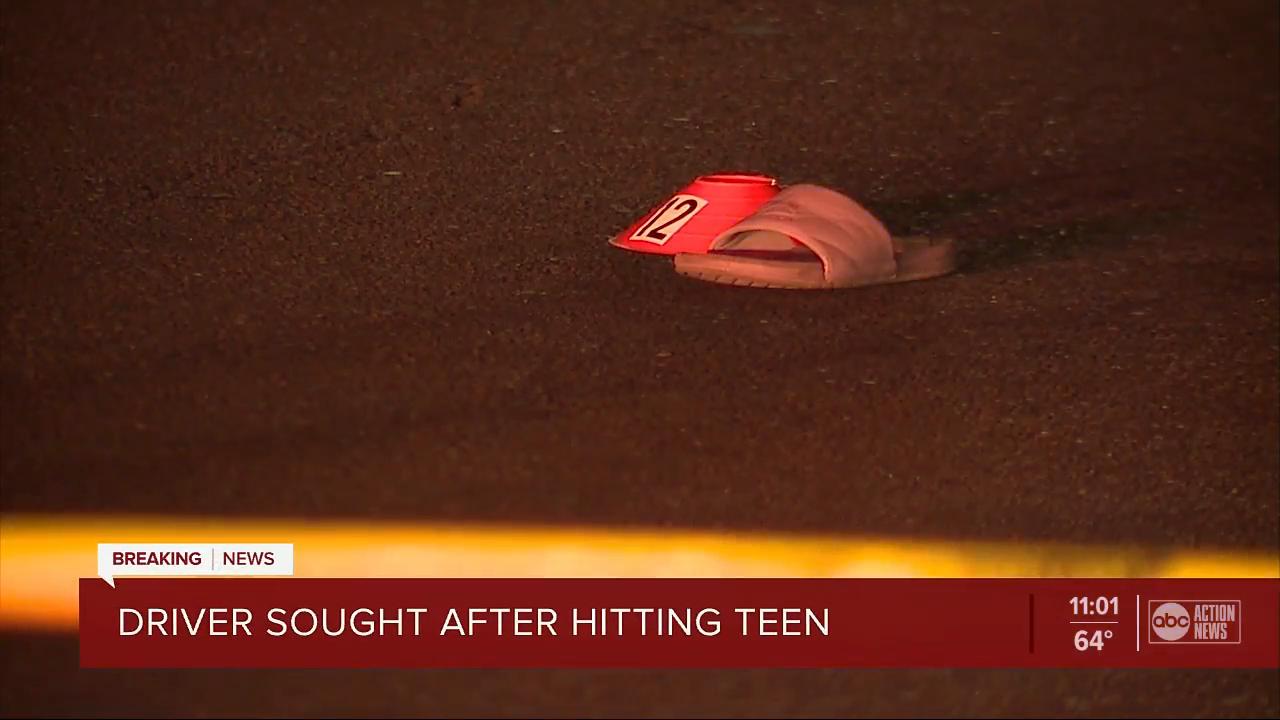 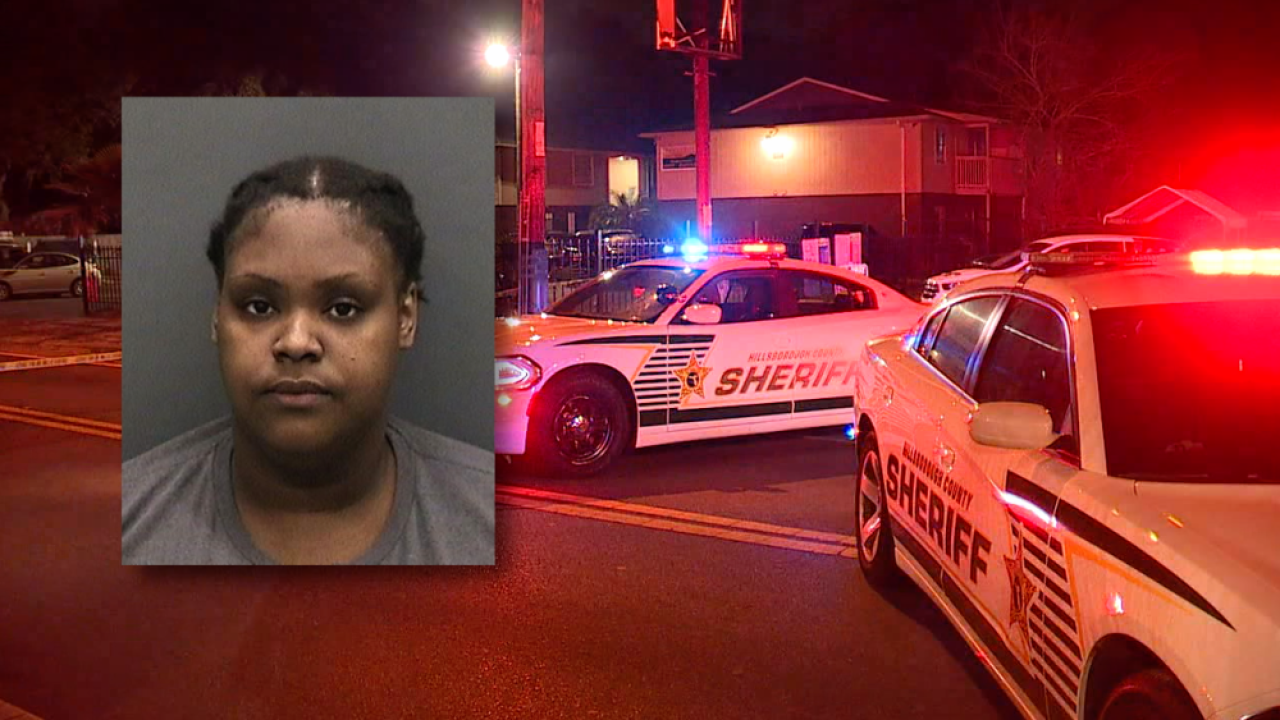 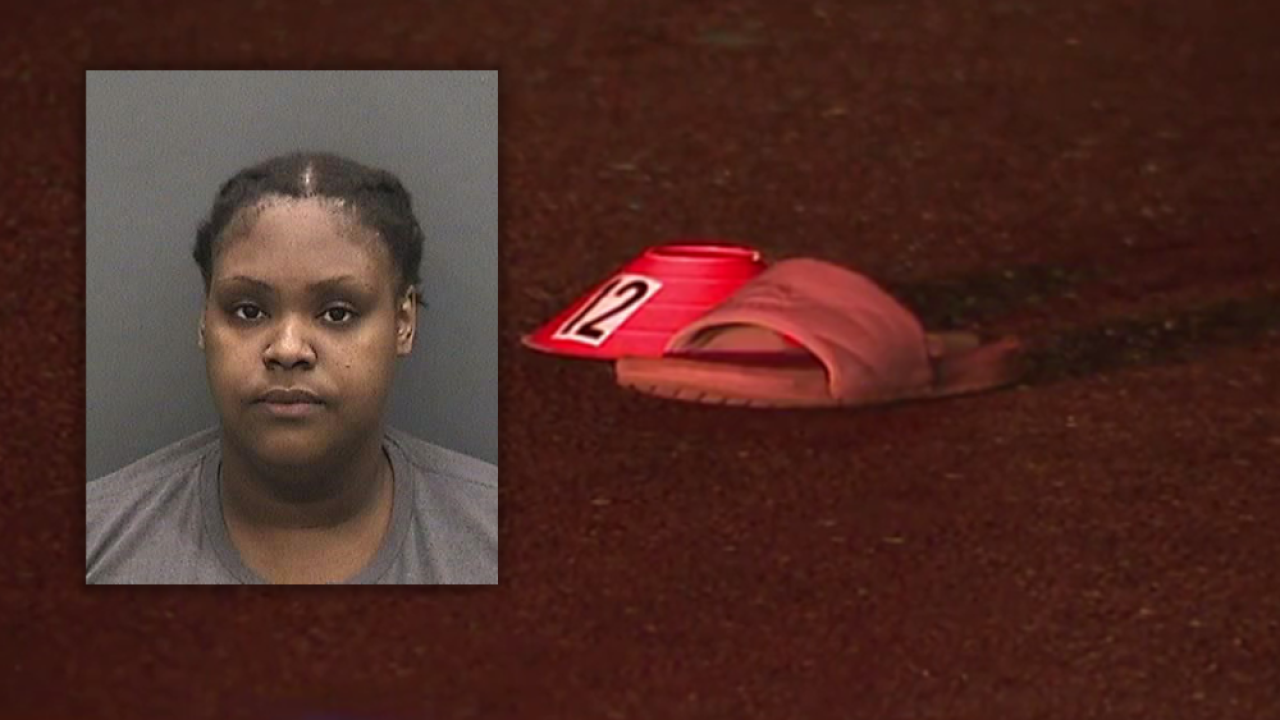 TAMPA, Fla. — A 24-year-old woman arrested for a hit-and-run crash that left a teenager in critical condition works for the Department of Children and Family Services, according to authorities. She bonded out of jail Saturday morning.

The Hillsborough County Sheriff's Office says around 7:15 p.m., the 14-year-old victim and her friends were walking towards East 122nd Avenue and 15th Street. As they crossed the street, a small, dark-colored SUV hit the teen.

Witnesses say the driver, now identified by authorities as 24-year-old Nakeeba Ryan, got out of the vehicle following the crash. She checked around her Chevrolet Equinox before getting back inside and driving off.

Court documents state, "The defendant exited her vehicle, walked over to the victim, looked at the damage to the front her vehicle, then moved her vehicle into a nearby parking lot" before leaving.

According to court documents, Ryan went to her boyfriend's apartment and reviewed the damage.

Deputies say she did not call 911 or give any aid to the victim.

"Because of those cameras, we were able to determine it was a blue Chevy Equinox. After we did that, detectives ran databases for vehicle registrations that was going to allow them to look for locations and that’s how we narrowed down the search for where this car could be. If we didn’t have those pictures or that video from the ion crime cameras, we wouldn’t know what type of vehicle it was," said HCSPO spokesperson Merissa Lynn.

The vehicle was later located about a half mile from the scene.

Paramedics transported the victim to Tampa General Hospital, where she remains in critical condition.

Authorities say Ryan was interviewed Friday morning and based on that interview, she was arrested and charged with leaving the scene of a crash with serious bodily injury. Investigators said Ryan has not been arrested before.

Arrest records list Ryan's employer as the Department of Children and Family Services. It's unclear what her position is.

Ryan was terminated on Saturday.

Meanwhile, pedestrians in the area called for changes to the roadway.

"There’s not much for crosswalks stuff like that it’s jay walk city out here so it’s no surprise you see or hear instances like this. It’s just really sad when you hear the age and that it was a hit and run," said pedestrian William Bass.

"It’s ridiculous. You know we should have some kind of safety policy," said pedestrian Thimothy Walker.

According to Hillsborough County transportation leaders, a pedestrian was killed in March crossing 15th Street and since 2015, there have been 18 crashes at the intersection.

"That project would be a multi-year project. It would look at redesigning and improving the corridor and enhancing safety and mobility options," said Leland Dicus, director of technical services division with engineering and operations for Hillsborough County.

But while that money is tied up in the legal system, Dicus said they've created a traffic investigation case.

"Our traffic engineers are going to perform a traffic investigation and coordinate with the sheriff’s office to look at any immediate actions we can take to see if there are any conditions surrounding the circumstances of this incident and put some immediate improvements in place to help prevent something like that from happening in the future," he said.

Our hearts go out to the child victim, as well as her friends and family who are suffering because of this tragic incident. The alleged driver, Nakeeba Ryan, has been with the Department of Children and Families since February 8, 2019. She was an employee in the Customer Call Center in Tampa, handling inquiries pertaining to our economic self-sufficiency program. To be clear, Ms. Ryan’s alleged behavior is not reflective of the high standards we expect and demand from DCF employees. We take all instances of employee malfeasance seriously, especially those that harm the vulnerable populations we serve every day, and therefore, Ms. Ryan’s employment was immediately terminated.