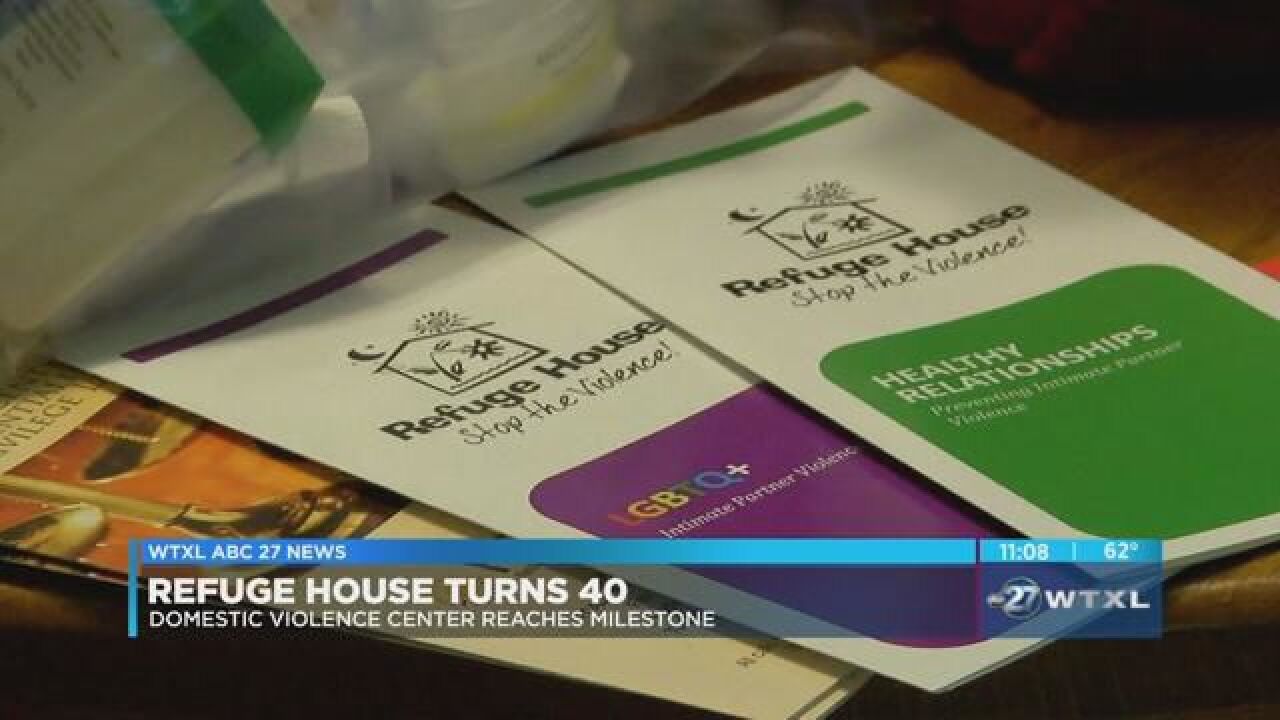 The center first opened its doors in 1978 as a battered womens shelter in Tallahassee.

They have experienced consistent growth after the 1994 Violence Against Women Act.

The Refuge House fields about 4,000 hotline calls each year.

More than 2,000 domestic abuse and rape survivors turn to them for resources, support and additional counseling services.

Thanks to community involvement and passionate leadership, they've since grown to service eight counties across the Big Bend with comprehensive support.

Most recent areas of growth include transitional housing and expanding the rape crisis and sexual assault program.

"There've been several eras of evolution for us," said Meg Baldwin, executive director. "You mentioned in the 1990's we saw a big expansion and that was largely our expansion from Leon County into all of the eight counties."

In their next big step forward, the Refuge House plans to begin offering free confidential sexual assault therapy next week.