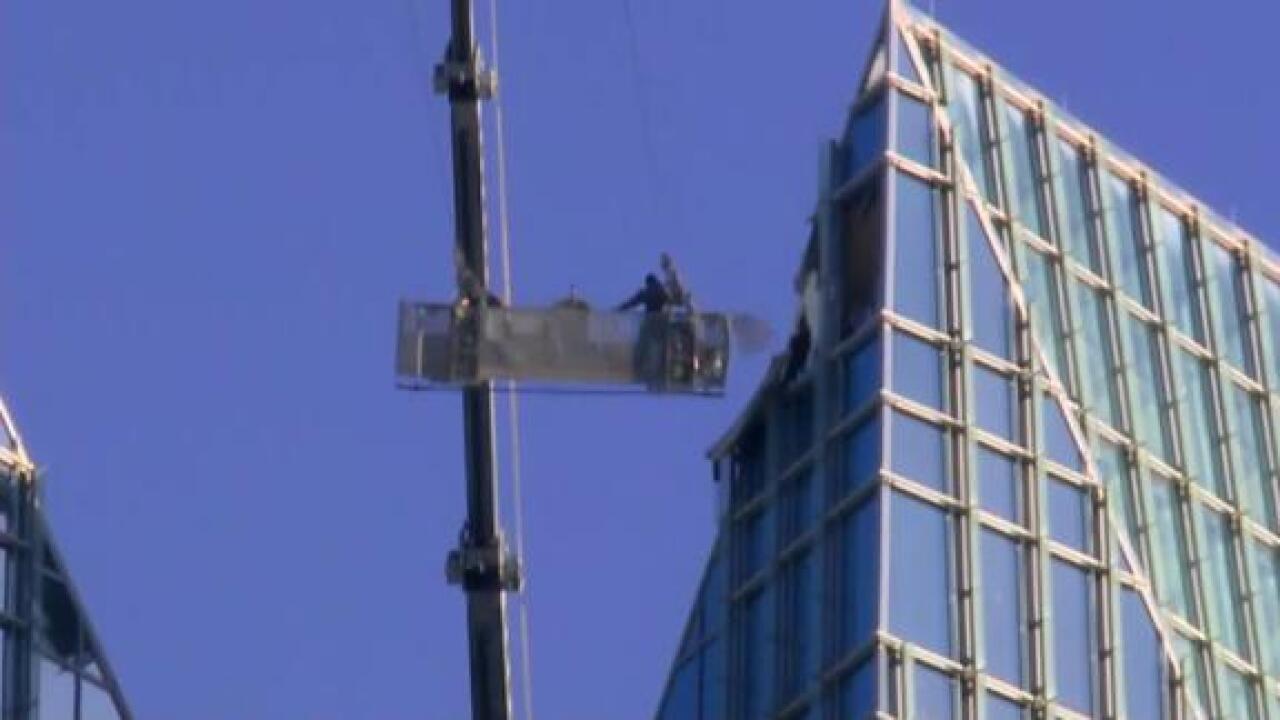 Emergency crews rescued two window washers Wednesday who were trapped in a material lift basket that was spinning out of control and slamming into the side of Oklahoma City's tallest building.

The workers were being lowered by a crane from the top of the Devon Tower when it started " swinging wildly out of control ," according to the Oklahoma City Fire Department.

Video showed the lift -- which looks like a large metal basket -- hitting the side of the building hard enough to break windows.

Firefighters were able to secure the lift and get the workers to safety after about 45 minutes.

Paramedics checked the workers out, CNN affiliate KOCO reported , and they refused treatment.

Officials with Devon Energy, which owns the building in downtown Oklahoma City, told KOCO that window washers were contractors and that the company has an emergency response team that will investigate the incident.