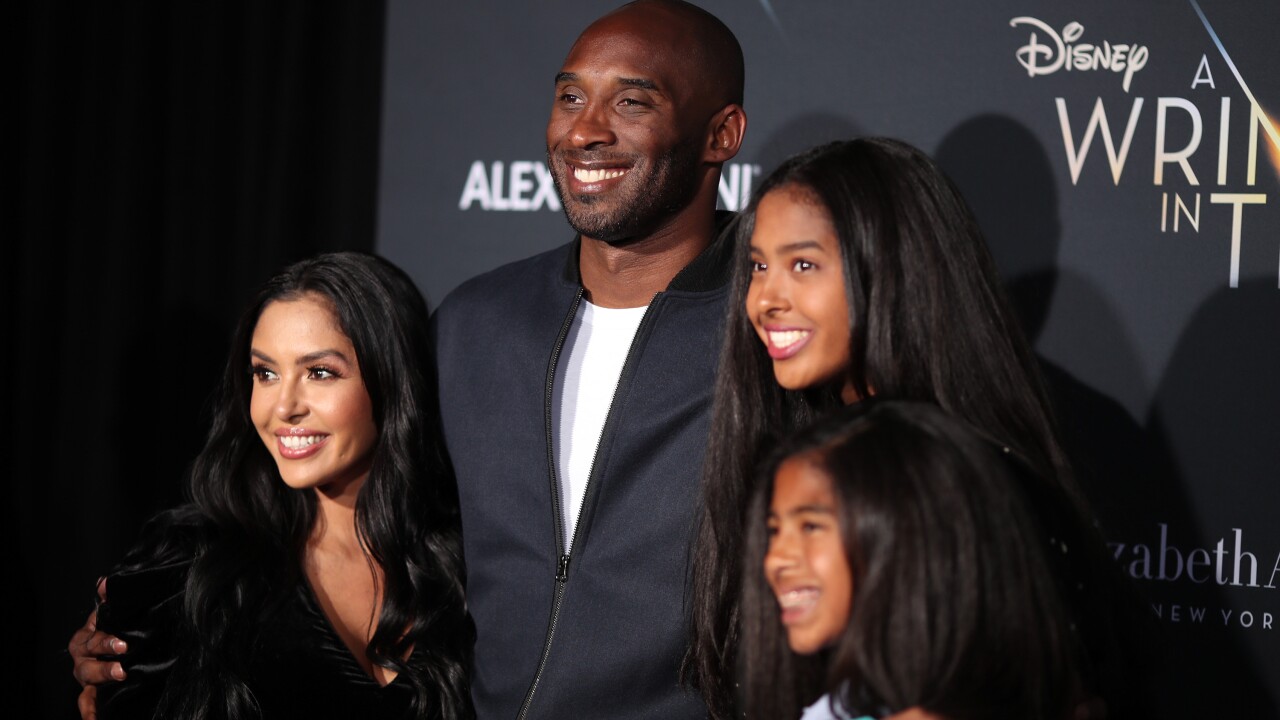 CALABASAS, Calif. – Vanessa Bryant has filed a lawsuit against the company that owned the helicopter that crashed in January, killing her husband Kobe, their 13-year-old daughter Gianna and seven others, TMZ and the Los Angeles Times report.

TMZ was the first to report the wrongful death lawsuit brought against Island Express, alleging the company was only allowed to fly under visual flight rules and the conditions the day of the crash were not conducive for such flying.

Video and photos from the crash site showed heavy fog in the area at the time the helicopter crashed near Calabasas.

NTSB investigator Jennifer Homendy said in January that the helicopter came 20 to 30 feet from avoiding the mountain where the aircraft crashed. NTSB has not yet announced an official cause of the crash.

The pilot of the helicopter, who was among the nine killed, had lengthy experience in the air. He had 8,200 hours of total flight time and 1,250 hours with the type of helicopter. He had completed the same route the day before, but in clear conditions.

The lawsuit seeks general damages, economic damages, punitive damages and more, the L.A. Times reports. However, TMZ says the lawsuit doesn’t list a specific amount of damages that the Bryants are seeking.

The lawsuit was revealed Monday, the same day mourners were set to gather at a memorial service for Kobe and Gianna Bryant at the Staples Center.

Along with Vanessa, Kobe leaves behind three other daughters, Natalia, Bianka and Capri.

Vanessa spoke out about the tragedy for the first time in an Instagram post on Feb. 10, saying she was having a difficult time processing the deaths.

“I can’t process both at the same time. It’s like I’m trying to process Kobe being gone but my body refuses to accept my Gigi will never come back to me. It feels wrong.”

I’ve been reluctant to put my feelings into words. My brain refuses to accept that both Kobe and Gigi are gone. I can’t process both at the same time. It’s like I’m trying to process Kobe being gone but my body refuses to accept my Gigi will never come back to me. It feels wrong. Why should I be able to wake up another day when my baby girl isn’t being able to have that opportunity?! I’m so mad. She had so much life to live. Then I realize I need to be strong and be here for my 3 daughters. Mad I’m not with Kobe and Gigi but thankful I’m here with Natalia, Bianka and Capri. I know what I’m feeling is normal. It’s part of the grieving process. I just wanted to share in case there’s anyone out there that’s experienced a loss like this. God I wish they were here and this nightmare would be over. Praying for all of the victims of this horrible tragedy. Please continue to pray for all.