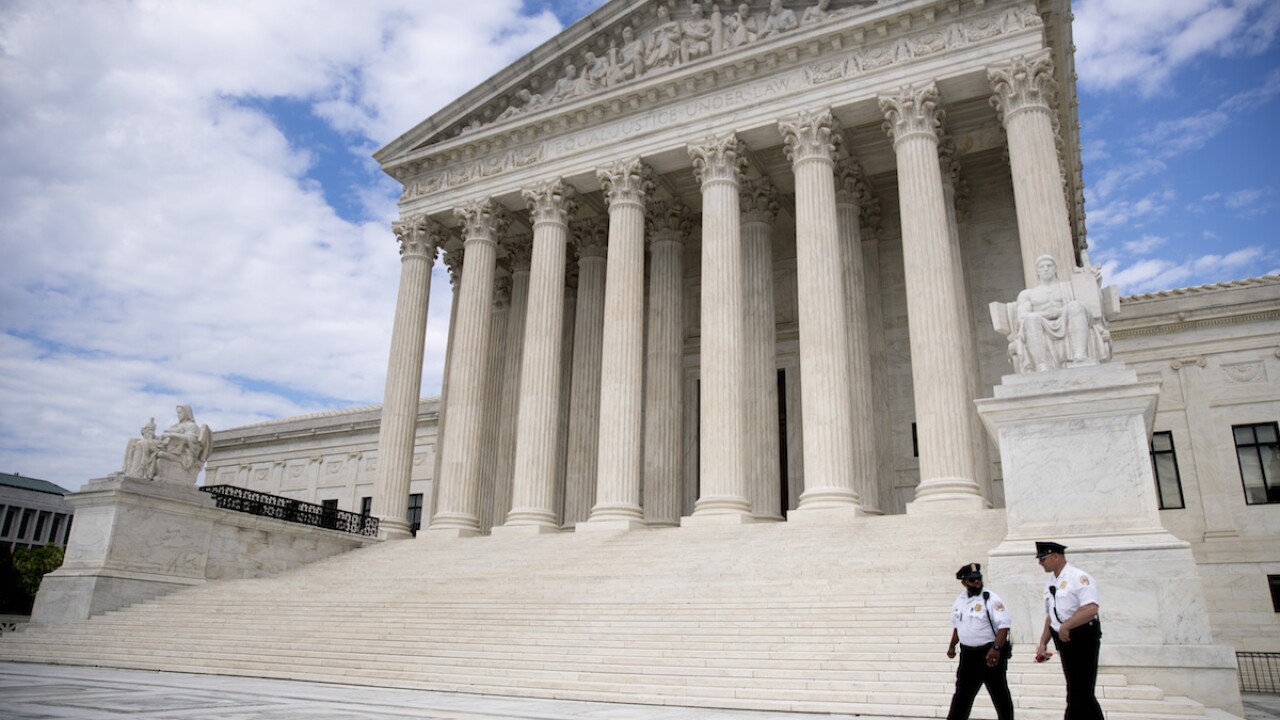 Copyright 2020 The Associated Press. All rights reserved
Andrew Harnik/AP
Security officers, one wearing a mask, walk in front of the Supreme Court, Thursday, May 14, 2020, in Washington. (AP Photo/Andrew Harnik)

On Wednesday, the Supreme Court ruled in favor of expanding a clause that prevents the application of anti-discrimination laws from religious institutions.

In a 7-2 decision, with liberal justices Ginsburg and Sotomayor dissenting, the court expanded the "ministerial exception," siding with a California Catholic school that did not renew the contracts of two teachers.

However, the citing precedent from the landmark 2014 Burwell v. Hobby Lobby Stores, Inc. case, the court ruled that the school and other such institutions are protected from discrimination lawsuits.